Arkham Knight was released in 2015 and is the finale to the Batman Arkham series. It was released for consoles as well as PC, however the PC version suffered from performance issues and other bugs. It was even pulled from online sales for a while until they could fix it up.

I am a big fan of the Arkham series, and have been since the first game, Arkham Asylum. When this game was announced, I was quite excited. It was even announced that it would get a Linux version, which had me super happy. I pre-purchased the game, and waited happily. Then it was suddenly announced that there would be no Linux version after all, and Steam offered refunds to anyone who wanted it. So I got my refund and kind of forgot about the game. A few years later, it was on sale on Steam, along with all the DLC's, so I got it quite cheap. I still didn't actually try to get it running on Linux until recently. All the previous Arkham games run perfectly on Linux, and I am happy to say that this game also runs perfectly. I will not go into details on how to get it running on Linux, such instructions can be found many places online. If anyone is interested, just comment and I'll provide some simple instructions. 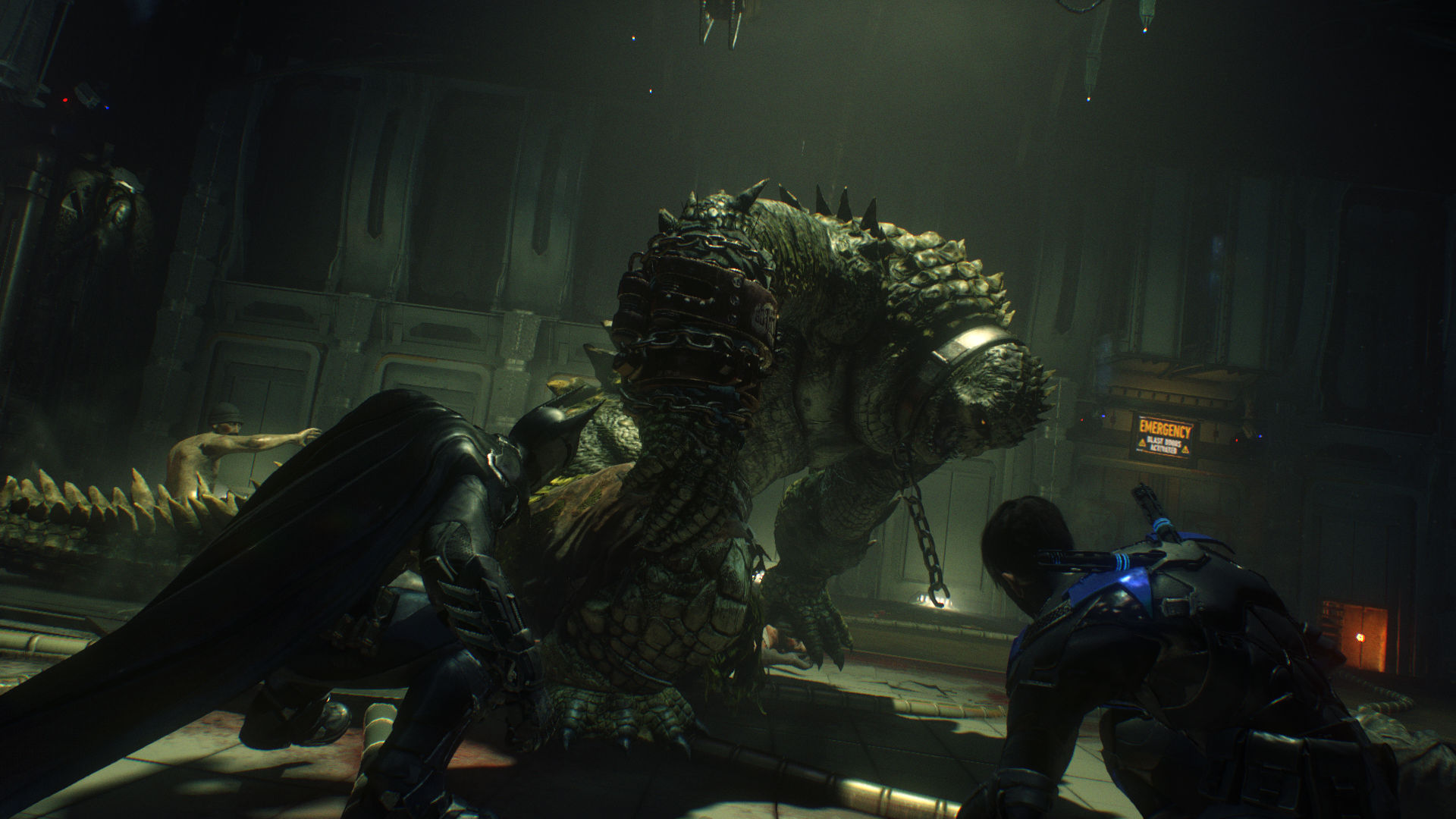 All the bugs that plagued the initial PC release of this game seem to have been fixed. I didn't encounter any problems playing through the game, so my opinions are not affected by the initial release problems. Sure, they messed up on release, but the game is great now. 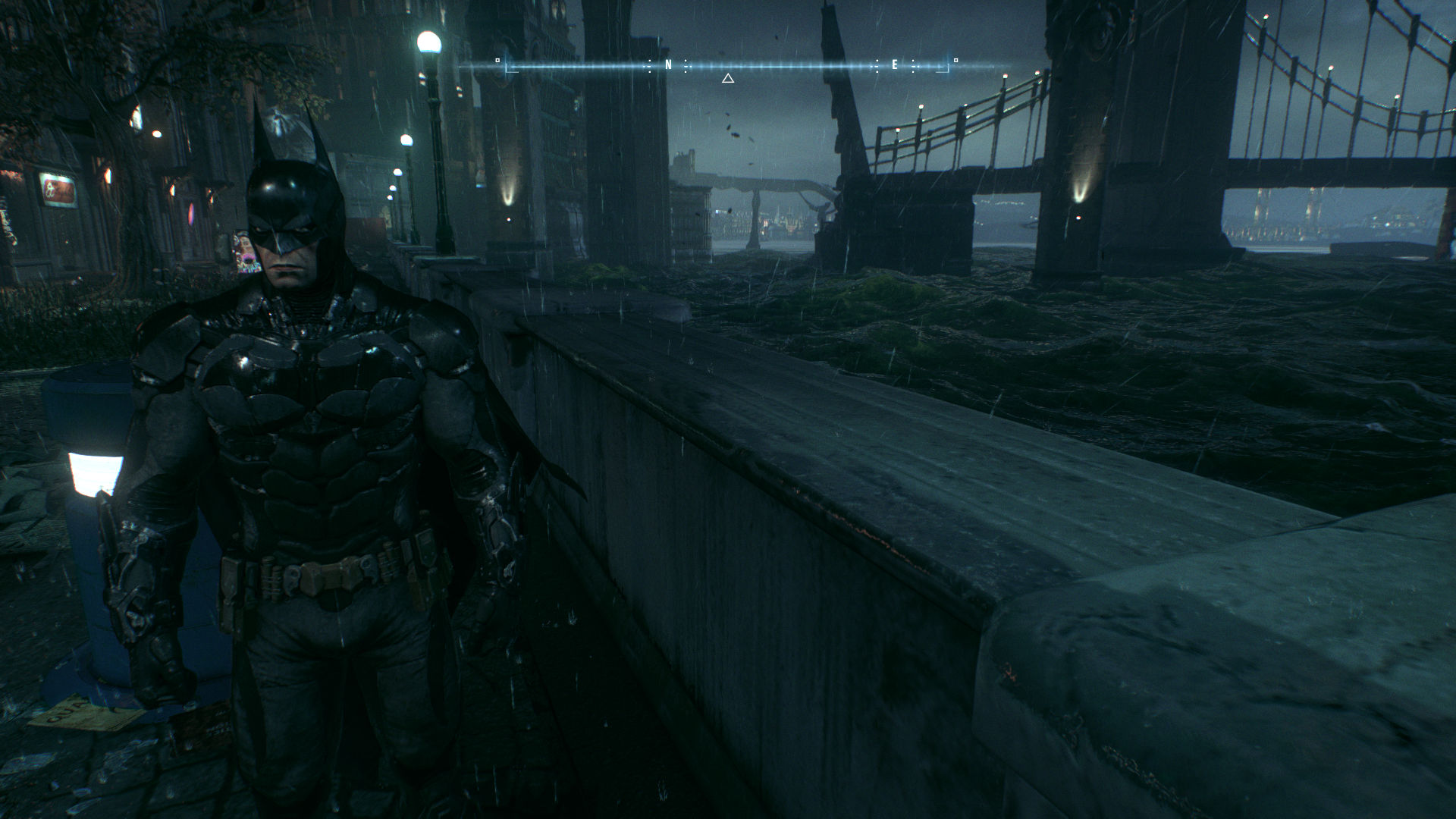 The Batman Arkham series are well known for the excellent combat system. At the core, that's what these games are. You fight through hordes of enemies as Batman, making use of Batman's gadgets and combat abilities to take down the variously equipped enemies. There are basically two types of encounters, the normal combat encounters, and predator encounters. 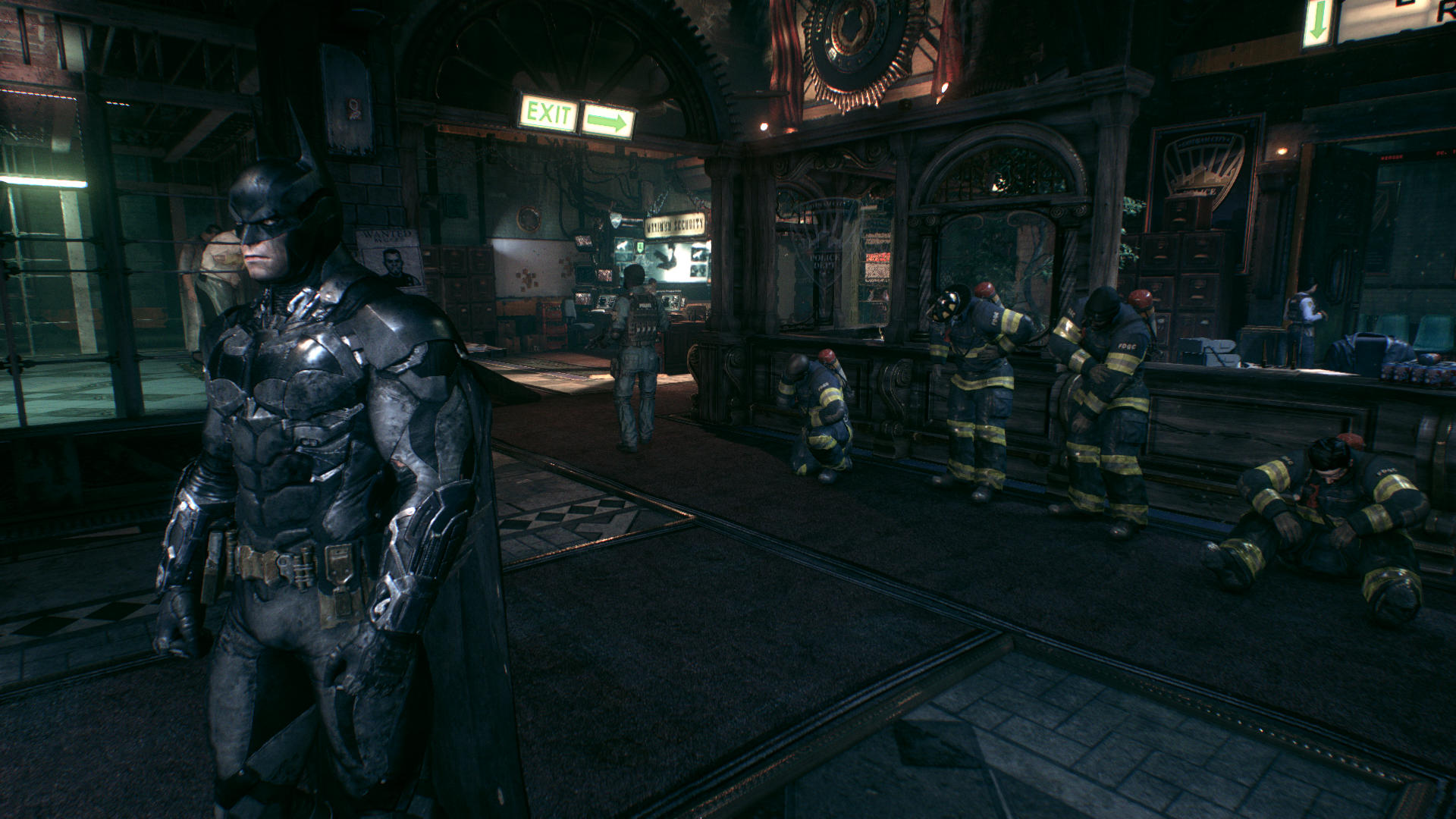 In combat encounters you just beat up the enemies. Usually they will only fight you with their fists, or an assortment of close combat weapons. Occasionally, some enemies might have guns, which makes it important to take them out first, or disarm them. You can either strike enemies, or counter their attacks. Both will let you build up a combo, which will let you unleash special attacks such as the combo takedown. The cool thing about the combat system is that it is quite easy to understand, and you can very quickly learn to make Batman fight hordes of enemies without too many problems. It also does not hurt that you look cool in the process. 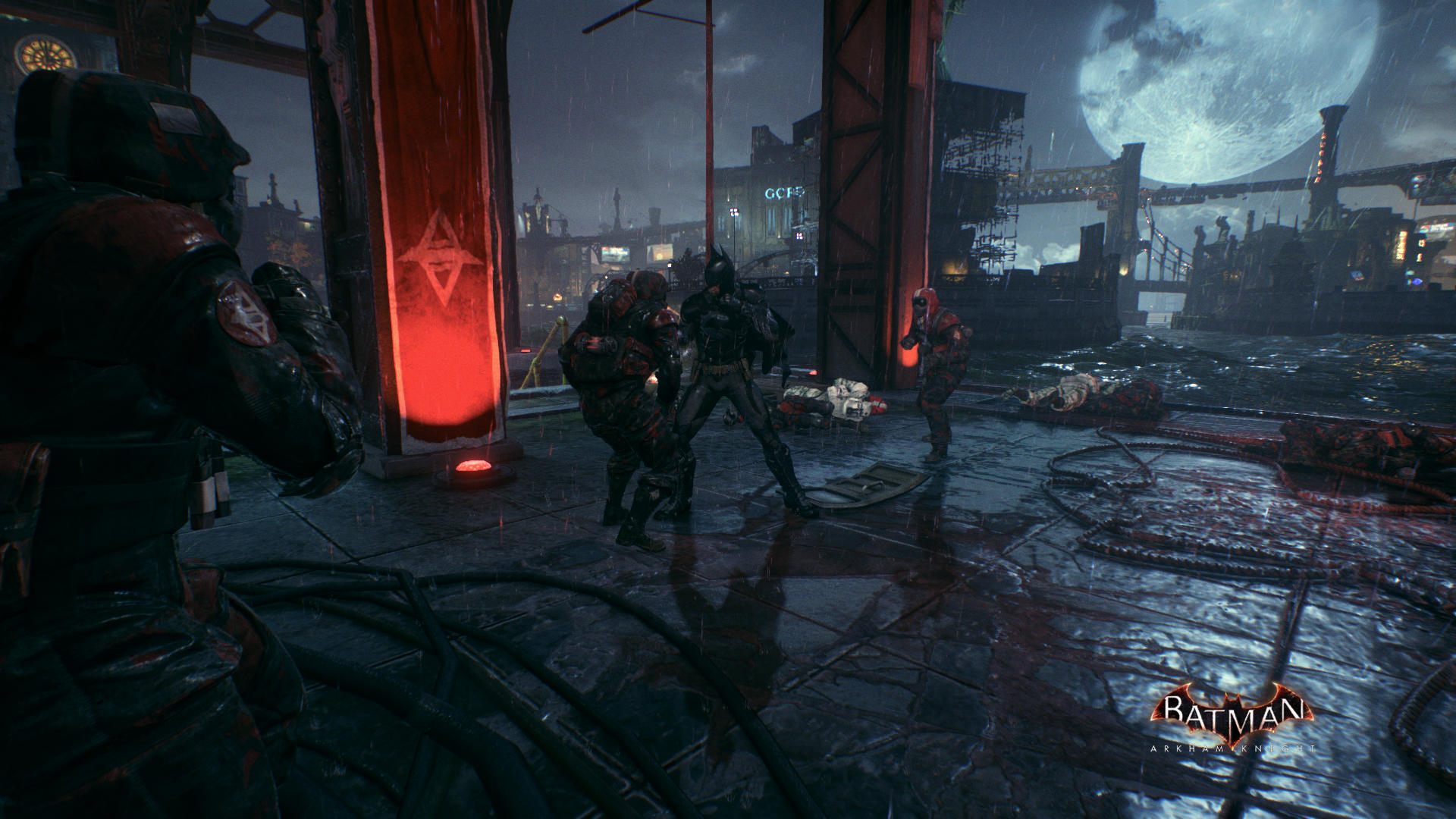 Predator encounters are very different. This is when you encounter a large number of enemies with automatic weapons. You definitely don't want to go charging into these guys as you are likely to be shot down very quickly. Instead, you use stealth and your gadgets to take them down one at a time, ideally undetected. There are multiple ways the environment help you in these encounters, such as hiding under floor grates, perching atop a high platform, hanging from a ledge or simply waiting around a corner. These encounters can be very satisfying as enemies will become increasingly scared as their numbers thin. You really get to experience how Batman puts fear into his enemies. 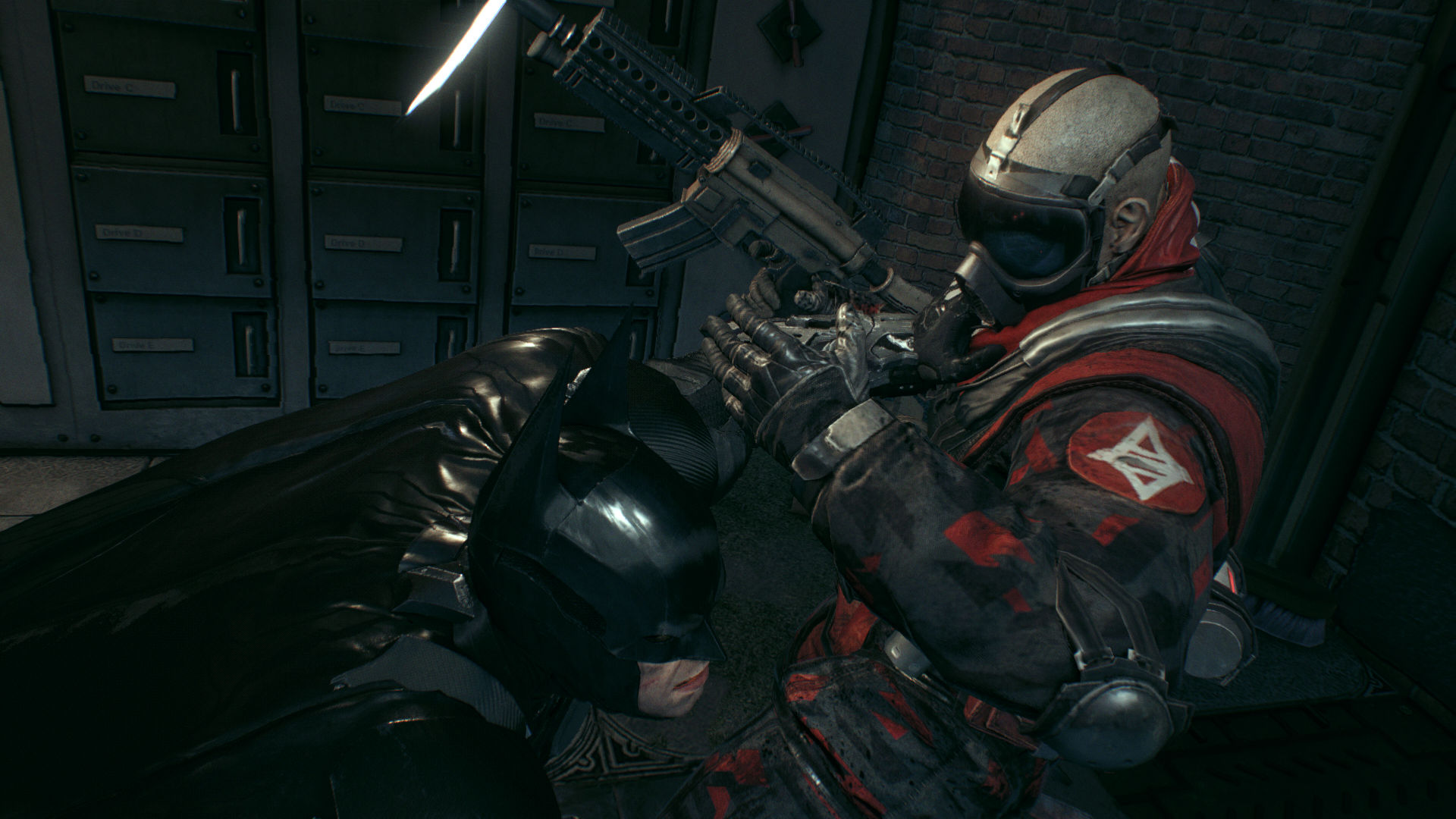 One very important tool that is available to Batman is the Detective Vision. This lets you scan the environment, easily identifying enemies even through walls. It helps to distinguish between enemies with and without weapons, letting you plan your attack accordingly. It also plays a role in other settings, letting you scan the environment for clues or follow a trail of blood. In my opinion, this is one of the most important of Batman's tools, and it is one of the tools that I personally feel give me a sense of truly being Batman. Just imagine using smoke bombs to conceal yourself from enemies, but you still see clearly because of Detective Vision. 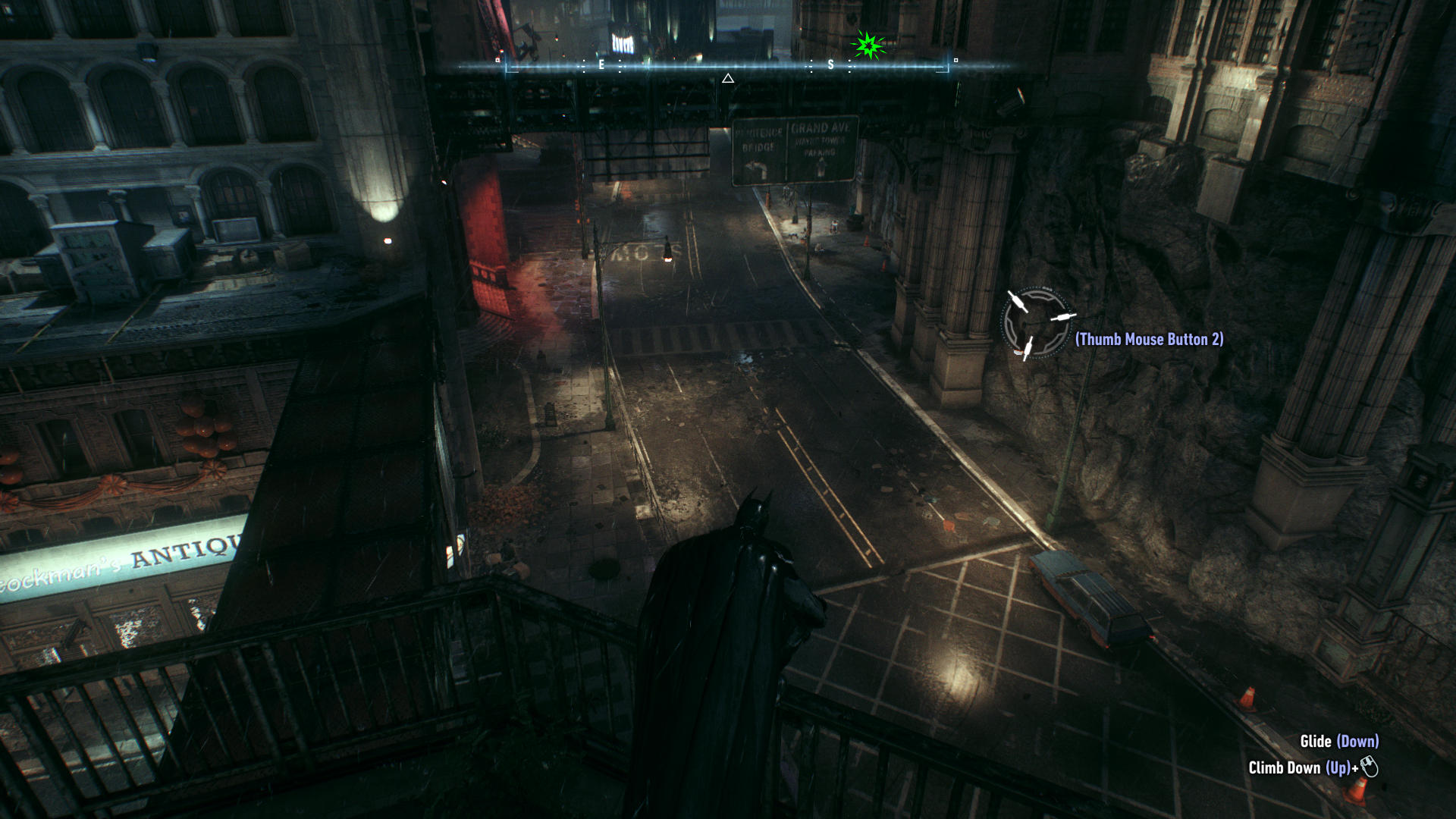 This game is open world, and like all the previous games in the series you can glide with Batman's cape. Several upgrades in the game will give you the ability to launch yourself high into the air for longer glides, letting you easily move across the entire city. This game also introduces a brand new method of transportation, the Batmobile. Personally, I was super excited about getting to drive the Batmobile, and I still am. I just can't get enough of it, although that might just be the little kid in me talking. I've been a Batman fan since childhood, so these games really let me live out a lot of old fantasies. 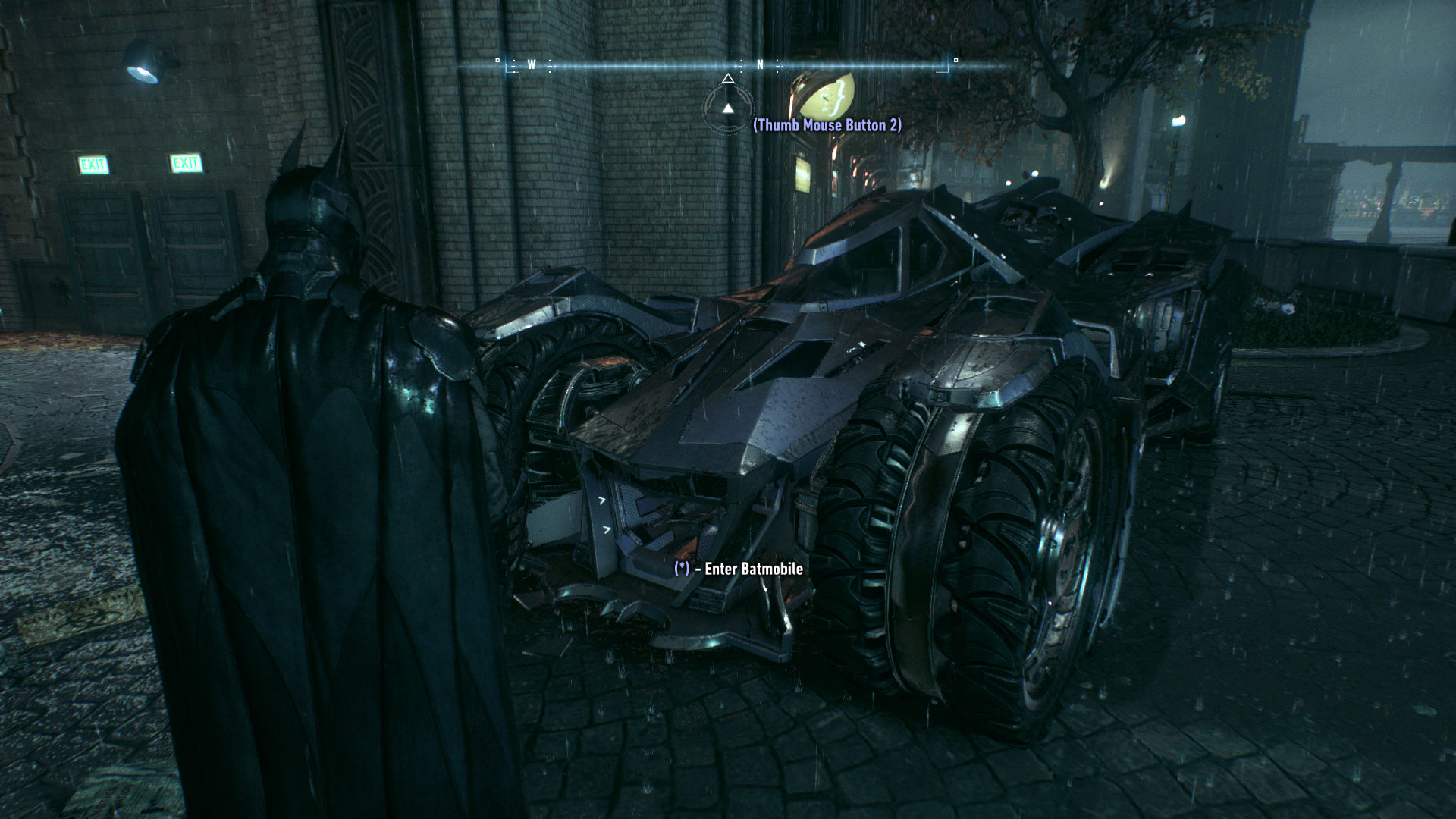 The Batmobile has two modes. The normal driving mode, and battle mode. In battle mode, it can't drive that fast, but it can move in all directions easily. It has several weapons available, some which are situational. If the weapons are aimed at people, they will only fire non-lethal rounds. These rounds instantly take out enemies without killing them, and is useful if you want to take out a crowd without engaging in close combat. However, when you are targeting something else, you have other weapons available. For the most part, you will be battling drone tanks without any personnel, so you can use deadly force. There are two primary weapons available, the automatic Vulcan Gun, and the 60mm Cannon. These will be your primary weapons for battling enemy tanks. As you battle, you will charge the weapon generator for your additional weapons. You start with a missile launcher, and charging the weapon generator higher will let you fire more missiles in a single volley. You can later upgrade with additional weapons like an EMP or even a CPU Virus for targeting enemy drone tanks. 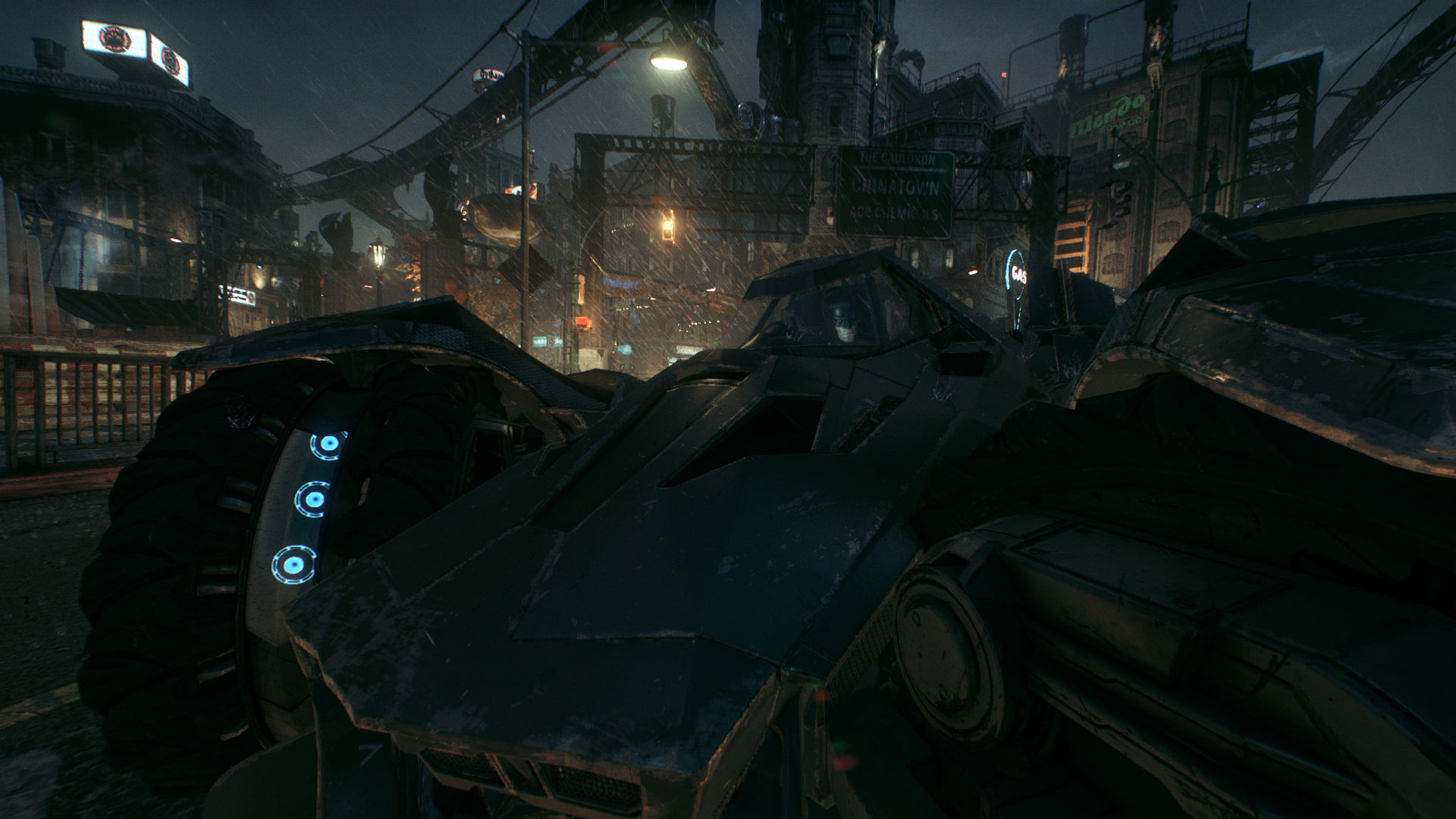 Since the Batmobile is a new gameplay feature to the series, a lot of the gameplay is focused around it. There are a lot of tank battles, which are not too hard to learn. However, there is a specific type of tank battle that I found to be a bit tedious. The enemy sometimes deploy a certain type of tank that can only be destroyed in a certain way, meaning that you need to essentially do stealth combat with the Batmobile. A few such battles were okay, but they quickly became boring. However, for the most part it is an awesome addition to the game, and it really help to set this game apart from the rest of the series. You can also easily transition from driving the Batmobile to gliding across the rooftops with Batman's cape. 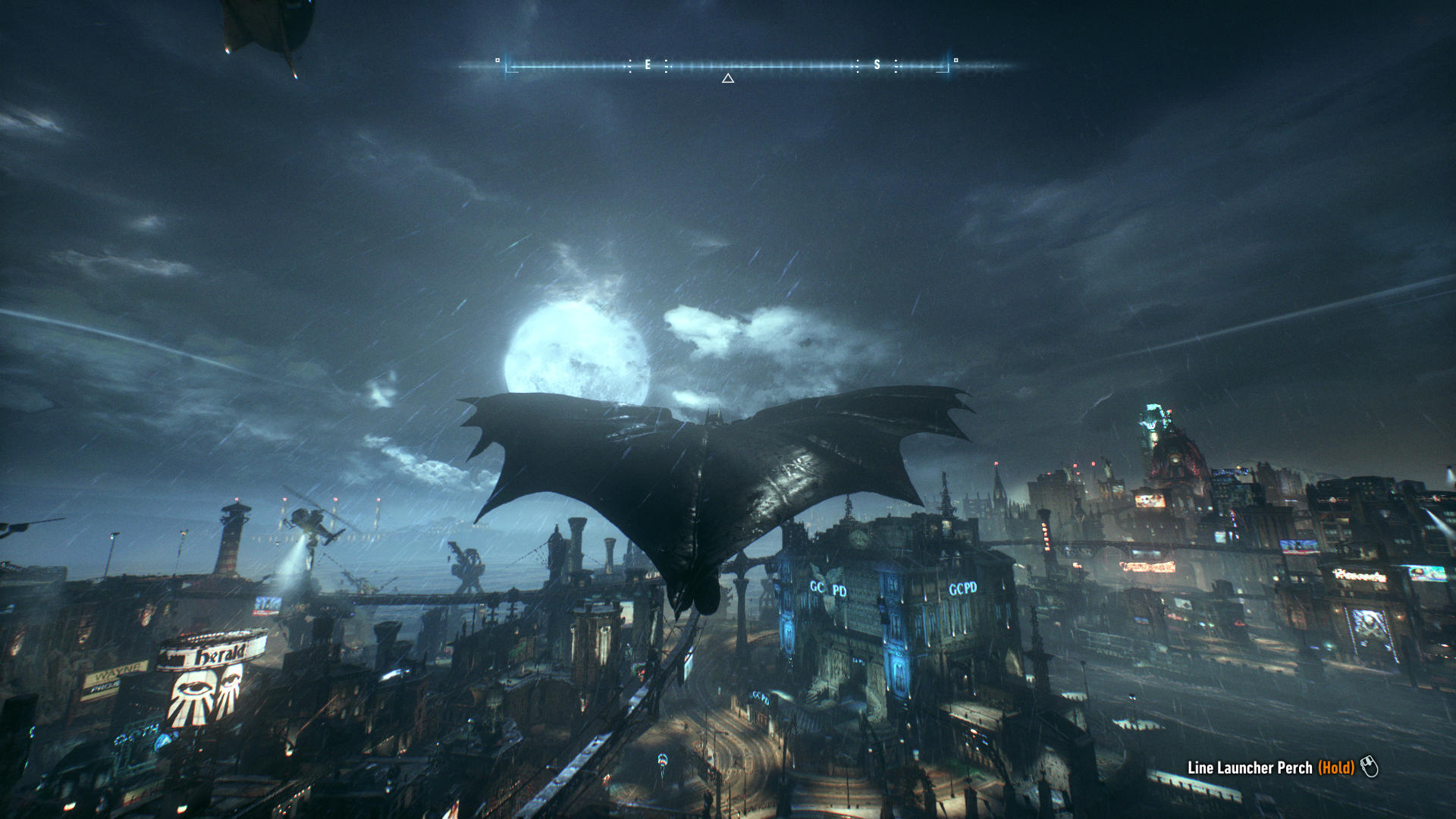 Arkham City let you play as Catwoman in certain sequences of the game, even allowing you to freely change to her after completing the main story. In this game, there are some sequences where you get to switch between Batman and a second character. In those parts of the game, you can perform some additional special moves that require both characters. This only happens at specific parts of the game, and it is not something you can freely make use of. Still, the addition of such sequences provide some much welcomed variation to the gameplay. 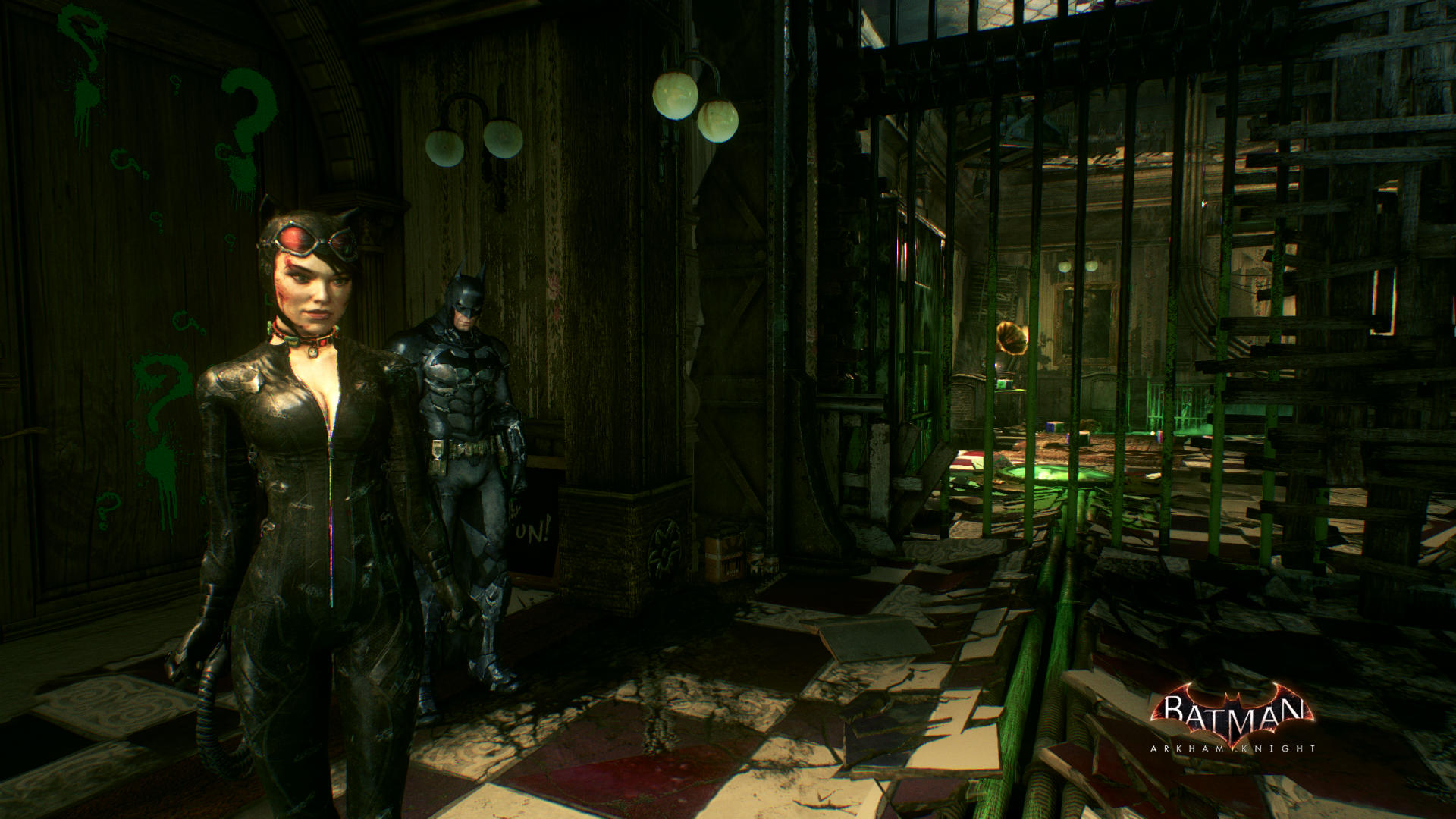 Arkham Knight is a very strong entry in the Batman Arkham series, and a game I would warmly recommend. The main story is quite interesting, with twists that will surprise you. There are also a large number of side missions, leaving you with a wealth of content in the game. This game also has quite a lot of DLC. Some of them only add skins, but there are some interesting ones that add smaller episodes where you play as a different character. Most of them are extremely short, but give you a chance to play around with some other characters outside of the challenge mode. 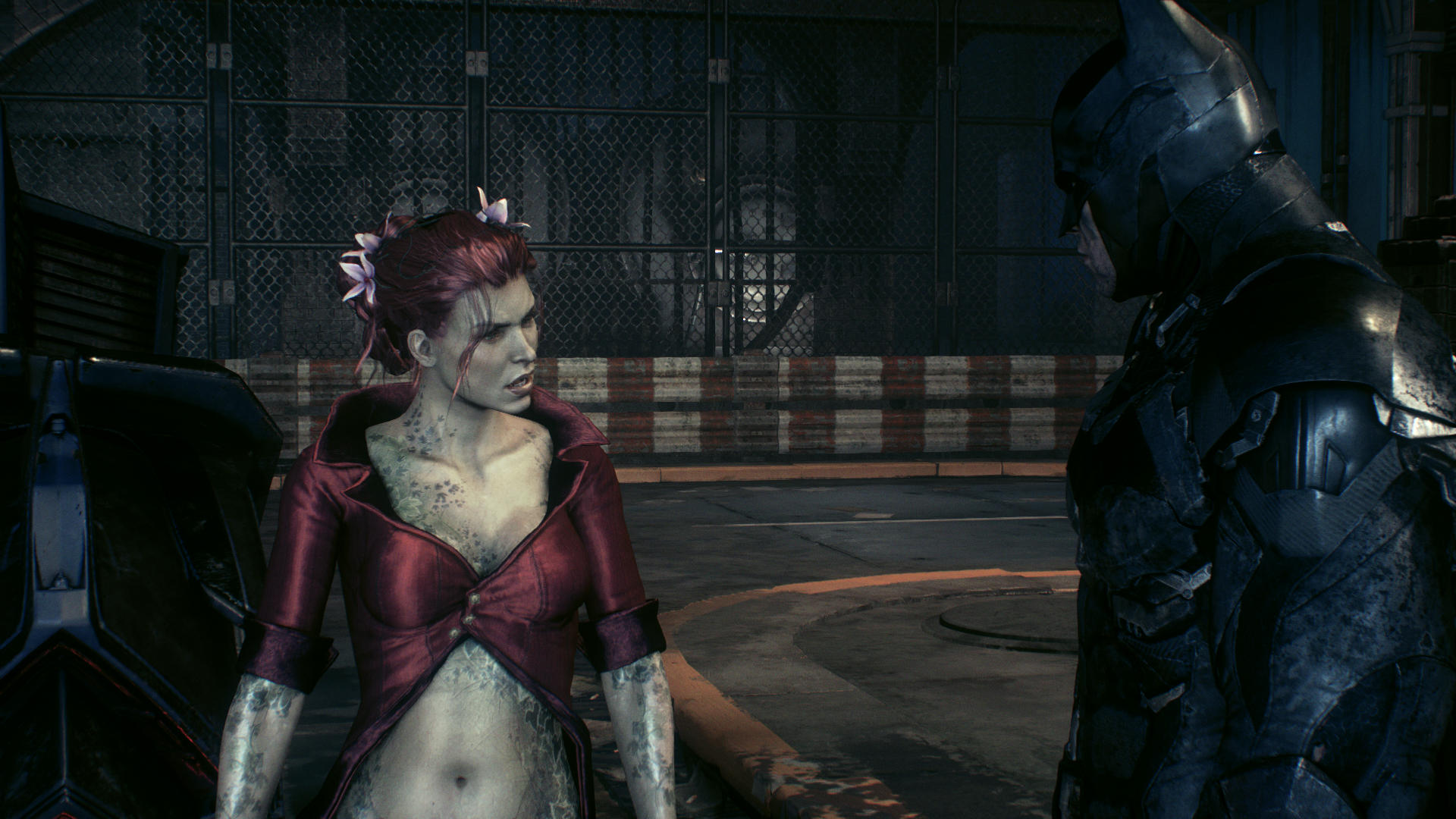 I loved this game, and I am sure most other people will love it too. It's great fun to play, and Batman fans will probably get a kick out of this game. I know I did.