Linux for your home computer

Most people in this world is running Windows on their home computers. This is not surprising considering that pretty much all computers are sold with Windows pre-installed. Windows is intended to be easy to use for non-technical people, and if you are into games then it is definitely the easiest choice. Pretty much all games are made for Windows. Any support for other operating systems is mostly an afterthought for games, if such support is even the case. It is an undeniable truth that Windows has the largest selection of software available.

One alternative operating system that most people know about is Apple's macOS that their Apple computers run. macOS has a reputation of being stylish, responsive, and the ideal choice for any form of graphic design or other media work. I can't personally confirm these claims, as I have personally never owned an Apple computer. It is possible to play games on macOS, some games are released with a macOS version, and there is also the Wine project. We will get to the Wine project later.

There are a lot more operating systems available, but in this article we are specifically looking at home computer usage. That rules out a lot of operating systems. I also want to keep gaming in mind, and for that reason we need to rule out some alternatives. There is also the case of user friendliness to consider, Linux certainly fits the bill. I should probably mention at this point that my view is likely to be horribly biased since I absolutely love Linux. So do keep that in mind when reading on.

Linux itself is not really an operating system. Linux is a kernel, which, put simply, handles communication between the physical components of your computer and the computer programs you use. Lots of people are packaging the Linux kernel along with software to create an operating system. I want to specifically mention the GNU project, which is a very important contributor to Linux operating systems. All these different operating systems that use Linux are called distributions in the Linux world. A lot of these Linux distributions are actually very similar, sometimes the only difference is the visual look. Other times there are more significant differences.

For a home user that does not have much experience with it, there are two Linux distributions I would recommend. Both are tailored to be user friendly and accessible to new users. 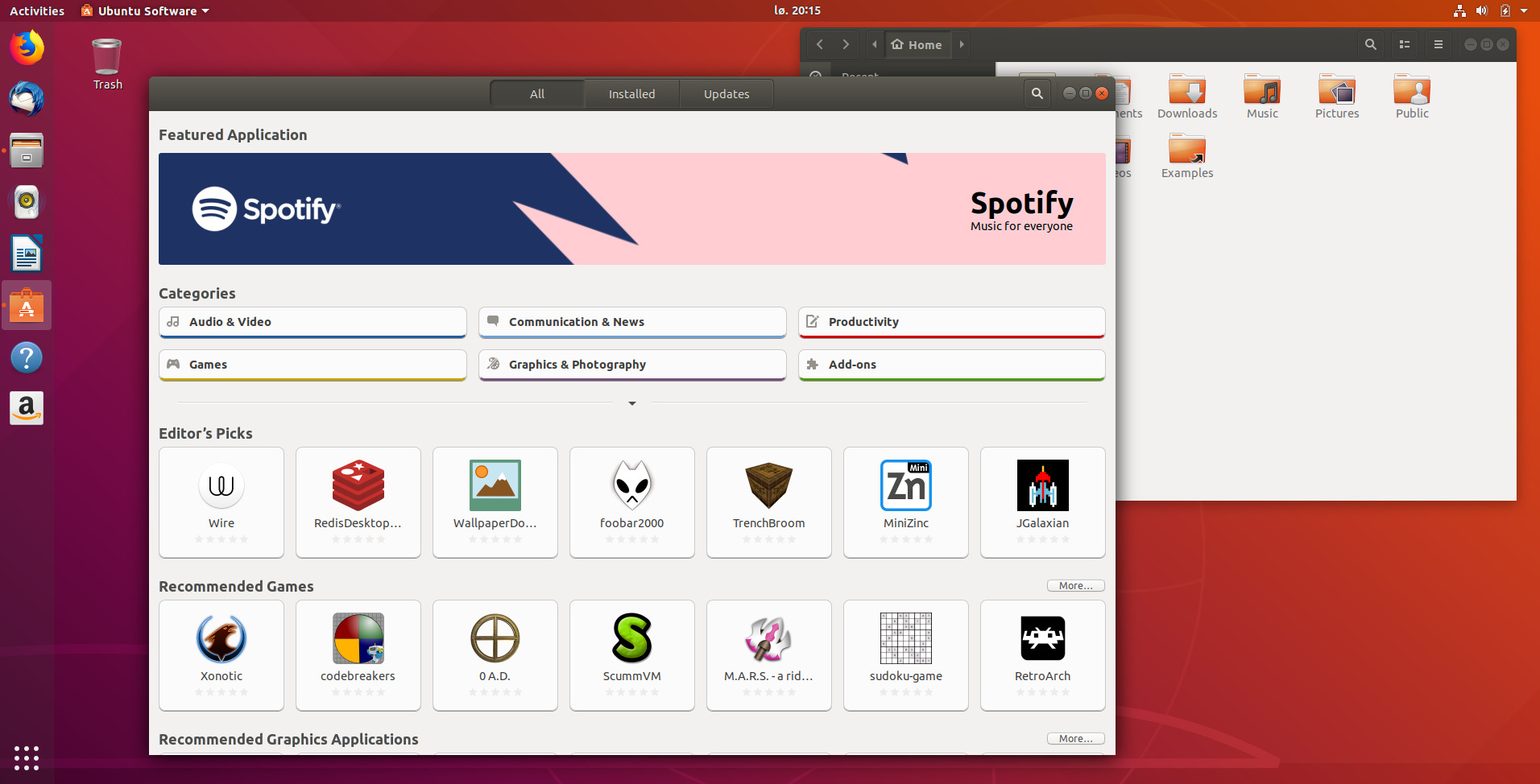 This would be my first recommendation for someone wanting to try out Linux. One of the goals of Ubuntu has always been to make Linux more accessible to the masses. The installation process is, in my opinion, much easier than a Windows install. The software center is simple to use and includes a surprising amount of software. Steam has a Linux version, which is available from the software center in Ubuntu. The default Ubuntu desktop might be a little unusual for people coming from Windows, but it is very easy to learn. 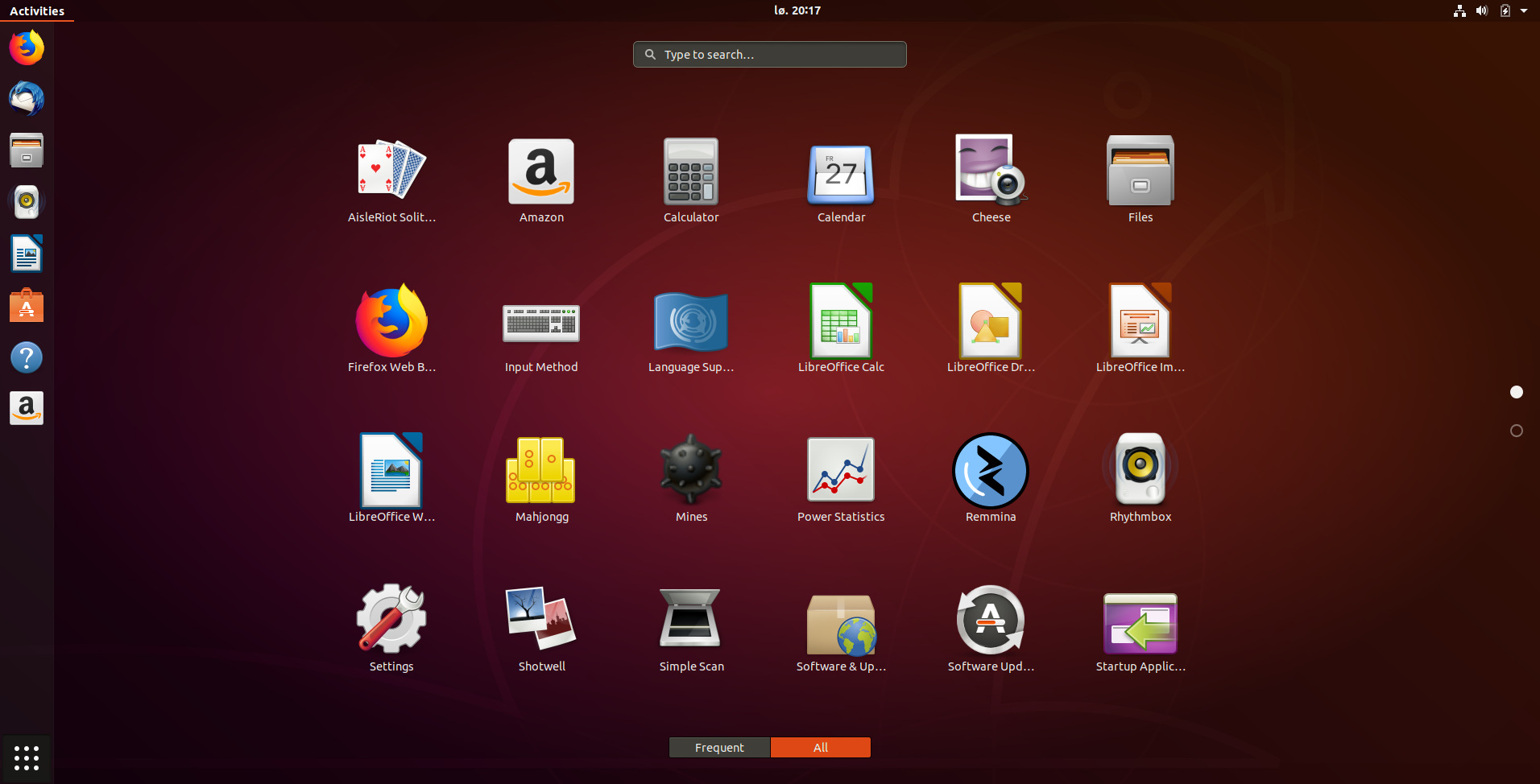 Ubuntu follows a six month release cycle, so every six months they release a new version. When this happens, you can either stay at the Ubuntu version you are using, or choose to upgrade to the new version. The main difference with newer versions is that they include newer versions of software. If your computer is fairly new, then you will usually benefit from newer versions that are more likely to fully support your hardware.

I personally started my Linux journey with Ubuntu and even though I don't use it anymore, I do have fond memories of it. It was a very comfortable way to ease into Linux without needing to learn how to work the terminal. 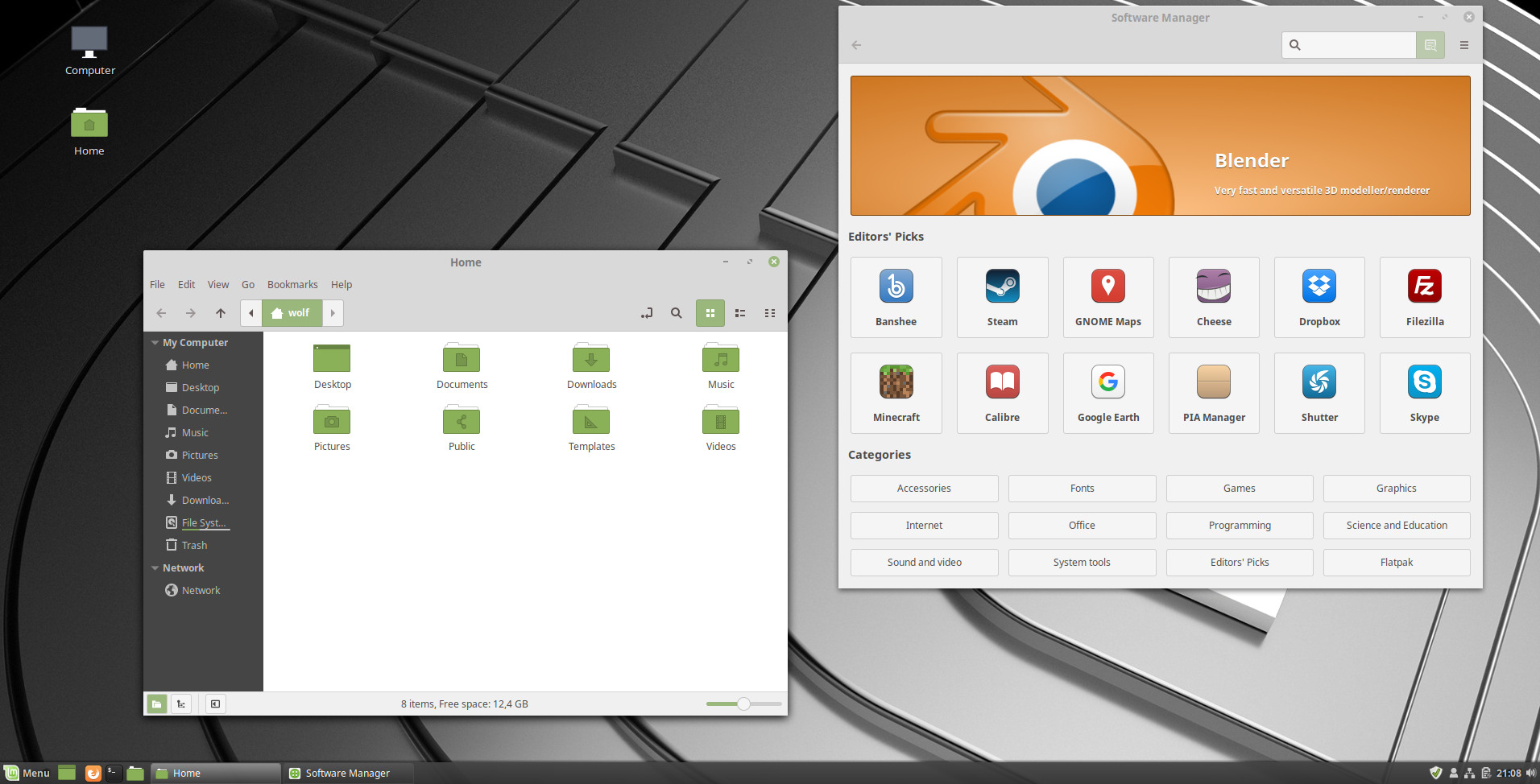 Linux Mint is based on Ubuntu. In my personal opinion, the only real difference is the looks. There is also the option to have some additional codecs and software with restrictive licenses pre-installed. This might be more attractive to newcomers to Linux as more stuff will be working out-of-the-box without the need to install any additional software after the operating system is installed. 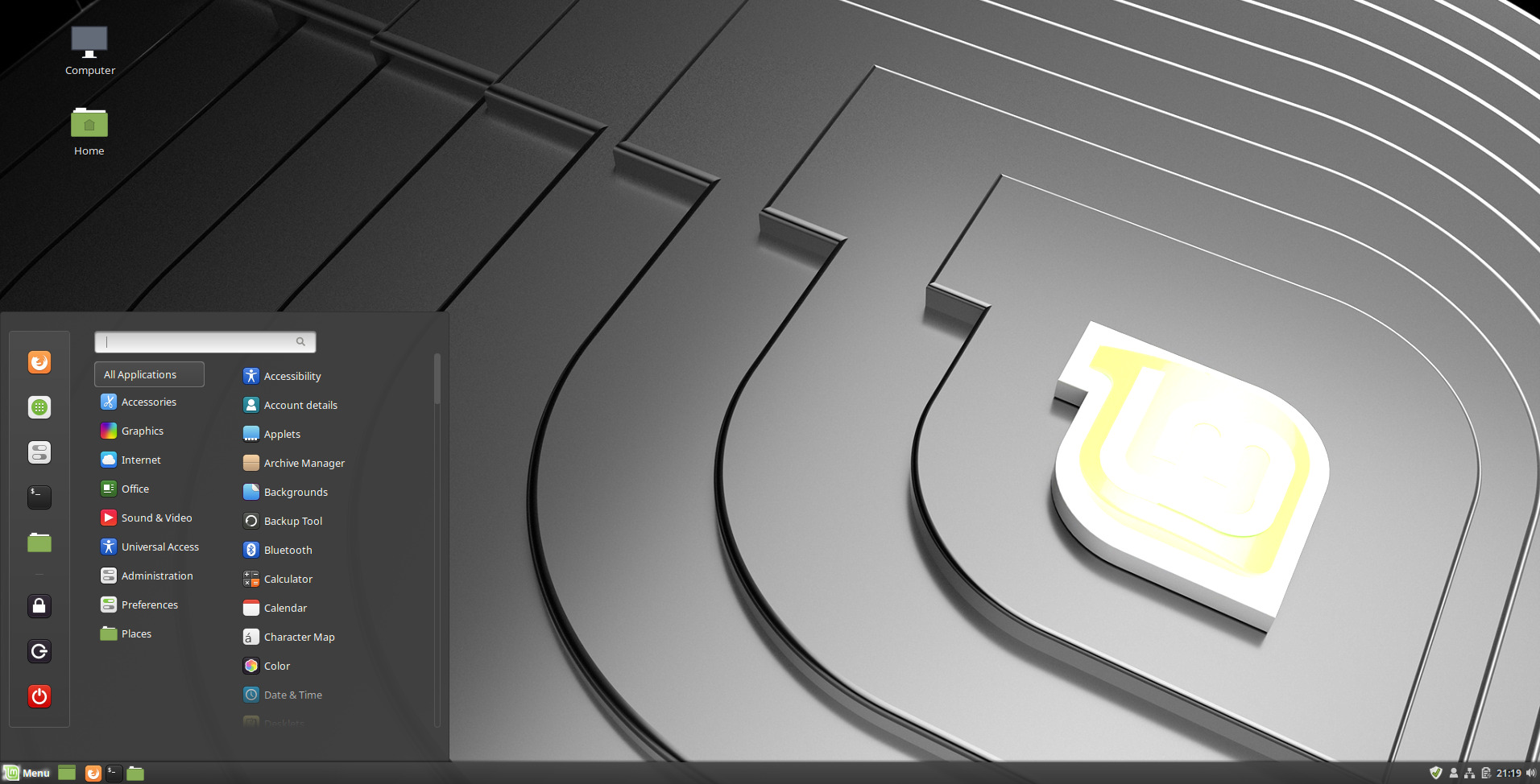 Visually, Linux Mint seem to make an attempt to look familiar to Windows users. There is a taskbar at the bottom, along with a menu very similar to the traditional start menu on Windows. This is sure to make Linux Mint very easy to jump into for most newcomers.

Choosing between Ubuntu and Linux Mint is, in my opinion, really just a matter of visual preference. See how they both look, and then choose the one that appeals the most. This does not mean that these are the only valid options for trying out Linux. There are a whole lot more Linux distributions out there than I will ever know about. However, these two are well known and made to be easy for new users. Once you've got your feet wet and feel comfortable, or comfortably lost, it might be time to go deeper. It could either mean to learn more in depth about your chosen distribution, or try out a new one.

If you are new or unfamiliar with Linux, there is one very important thing to realize. A lot of people try Linux, but end up disappointed because they had very different expectations. For instance, it is a common mistake to expect Linux to be just like Windows, except free and open source. This is very wrong. Linux is in fact very different from Windows. It is important to be aware of this, and ideally embrace the differences.

When you wish to install software, you should almost always install that software with the package manager of the Linux distribution you use. For example, if you have an nvidia card and want to use the proprietary nvidia driver, then you will install it from within your Linux system. You should not download it from nvidia website to install. Linux is built around the concept of package managers, and ensuring that all software on your system is tracked by this package manager. This will prevent bloat, and applications can share libraries. It also ensures that you don't end up with stale files building up on your system. How you install will vary a bit depending on which distribution you use, but there will be very easy to follow instructions available.

The most important thing to realize is that you can't run Windows software on Linux. Well actually you might, but we'll get back to that. But running Windows software on Linux is kind of like taking a PS game and trying it on an xbox, it's just not going to work. This is not a flaw of Linux, just as it is not a flaw of the xbox that it can't run PS games. Software is, in general, made for one system. The developer of said software might create different versions for different operating systems, but unfortunately not everyone does that. This will unfortunately limit the number of games available.

Native Linux games is thankfully plentiful on both Steam and GOG. Steam has even taken it a step further by starting with Steamplay, which will let you play some Windows games on Linux. I expect the number of games available on Steamplay to grow a lot in time. If you are playing really old games, games from the DOS era, then you can simply use DosBox to run them. I have run several games with it and it works great.

But you can try to run Windows games yourself. This is where the Wine project comes in, and it truly is a great project. In short, it is a compatibility layer, translating Windows system calls into Linux system calls (or macOS system call if you run it on that platform). Of course, it is virtually impossible to get this perfect. Not every single game or Windows software will run perfectly with Wine, but a surprising number of games will run flawlessly. I am able to run almost all my Windows games on Linux, thanks to Wine.

Running Wine can be a bit complicated to a new user, but there is third party software available that strives to make Wine easier for the novice user. One such project is called PlayOnLinux, which essentially provides a graphical interface to help new users. There is also another project called Lutris, which I personally have no experience with. Lutris is, from what I have heard, aiming to make gaming on Linux very simple. In any case, there are options available for non-technical people to get going with Linux gaming.

So from a gaming standpoint, Linux is a viable operating system for you computer. I am personally able to play almost all games I have tried, just a few exceptions that I am still not able to play. But that's the good thing about the Wine project, it is under constant development. In the last three years I have seen more and more games playable.

But what about Linux from other perspectives. For someone who is only interested browsing, listening to music and watching videos, then Linux is just as suitable as Windows. There are also office suites available, which are usually preinstalled on most distributions. You will also find free and open source video editing software, image editing software, and audio editing software. Of course, these might not be on par with commercial software available on Windows or macOS, but I find my needs more than covered with the software available. But do keep in mind that I do not work professionally with media so my needs are obviously not that advanced.

If you are a coder then I can't imagine a better work environment that Linux. Not only do you have all kinds of wondrous text editors available (all hail Vim), but the actual environment is fully configurable. It is so easy to make whatever adjustments you want to your own system when you run Linux. Of course, when I say that it is easy, I mean from a tinkerer's standpoint. On Windows, you often need to jump through hoops to be able to change one specific configuration parameter. With Linux you just need to edit some config files, which might be complicated enough to anyone unfamiliar with this kind of process. But from my standpoint, Linux is several levels of magnitude easier than Windows.

This has been a rather broad, but also a mostly general overview of Linux as an operating system. There is another important feature to consider, which is less of a technical issue and more of an ethical one. Windows has features/bugs (depends on your point of view) that spies on its users. Windows 10 is notorious for all the data gathering on users. If you are a privacy oriented person, then that's another incentive to use Linux.

I think this should do for now. If anyone should wish for a more in-depth look at Linux in general, or a specific distribution, then feel free to ask in the comment section. Linux is a big interest of mine, so I'm always happy to discuss it. Even though I only use Linux myself, I am not going to suggest that Linux is for everyone. Windows is obviously the easiest choice for anyone who simply want to use their computer as they got it without needing to do anything. What I want to do it show how it is a viable choice for anyone who is curious.

I will recommend another article written by Dominic Humphries, which takes a more detailed look at the important differences between Linux and Windows. That article is called Linux is NOT Windows.