Zombie games never held much of an attraction to me personally. I remember playing Left 4 Dead when it was still fairly new, and it was a decent cooperative experience. I will admit, killing hordes of zombies was fun, but after a while it seemed a bit hollow. There was also a bit of a zombie hype some years back, but it never managed to catch my attention. So I will say it now, I never expected to get hooked on a zombie game. I was wrong. Not only did I get hooked, I've been incapable of playing much else for a long time.

Dying Light is not a new game. It was originally released in January 2015, so at the time of writing it is almost 4 years old. However, the game has received updates over the years in the form of content DLC's, as well as a proper expansion. 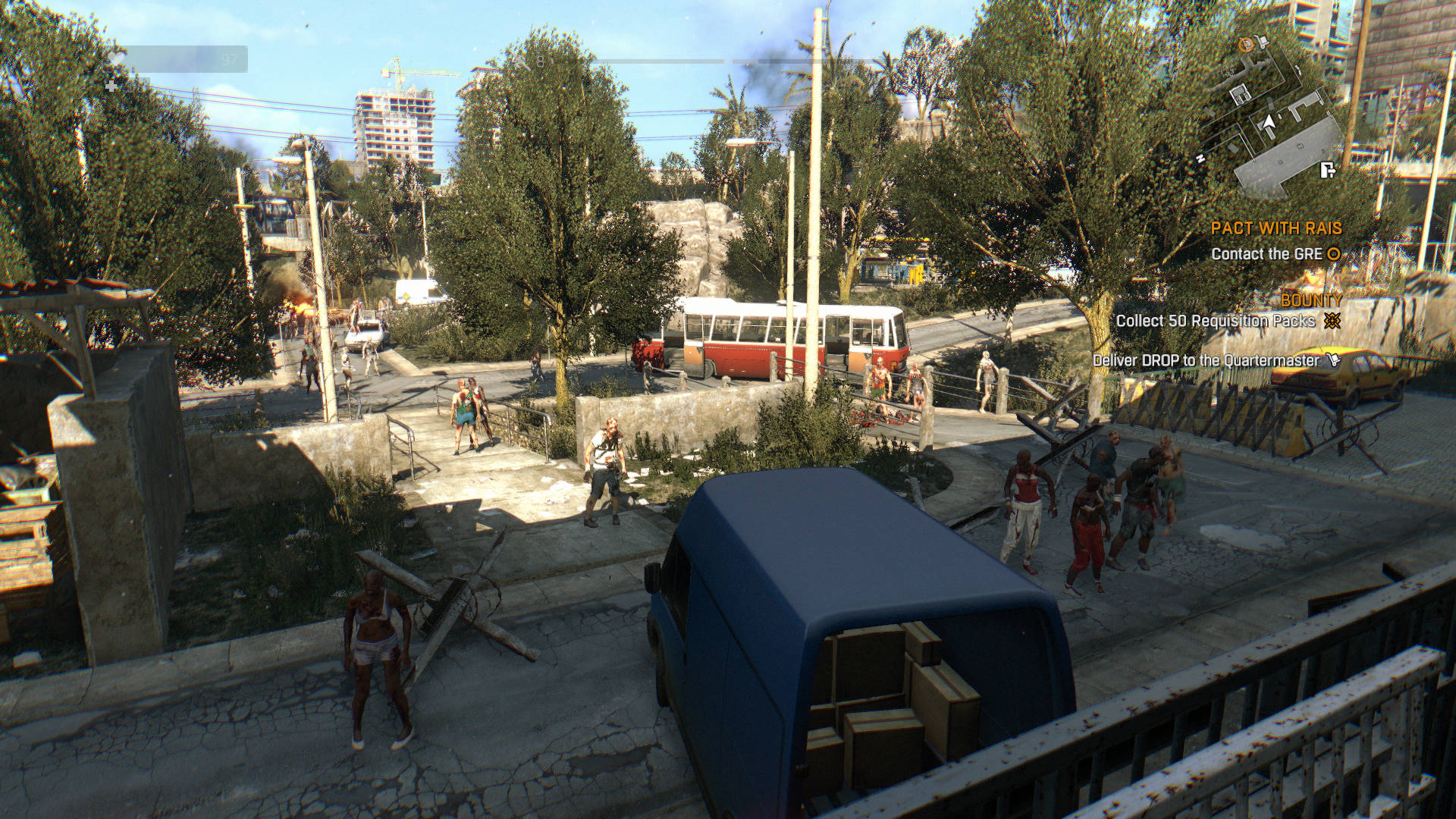 So what sets this game apart from other zombie games? The answer to that is easy, parkour! Early in the game you can stay safe on the rooftops. The regular zombies can't climb, and as they are slow you can also outrun them easily. As the game progresses, you will obviously encounter zombies that can run and climb. These don't appear as often as regular zombies, unless you make a lot of noise. I always love gameplay which includes a bit of stealth, or at least lets you avoid enemies. In a game like this, I feel like it adds a bit of suspense and tension while you play. This is definitely a big plus in a zombie apocalypse game, you are supposed to feel afraid.

There are safe zones where you are perfectly safe, and they become infinitely more important during the night. Whenever the sun goes down, the real monsters come out. Even though I have played through the game twice, it is still an extremely frightening experience to venture out at night. However, this also opens up for a bit of fun. When you are just outside a safe zone you can attract the attention the more dangerous night zombies. Just before they reach you, step into the safe zone and watch them howl at you and then give up the chase.

The premise of the game is initially quite simple, you are set loose in the city of Harran where there has been a zombie outbreak. The outside world provides assistance by air drops, consisting of useful supplies. Within the city there appears to be two primary factions. The Tower, led by a former parkour instructor, and Rais' gang, led by the warlord Rais. The game's story will primarily have you interacting with these factions. In addition to the story missions, the game features a ton of side missions. More and more side missions appear as you keep doing story missions. You will also experience random encounters, where you may help other survivors against zombies or encounter Rais' thugs. Hunting for air drops is also important, if you take too long then Rais' thugs will get there first, leaving less goods for you. These air drops can be turned in for experience. 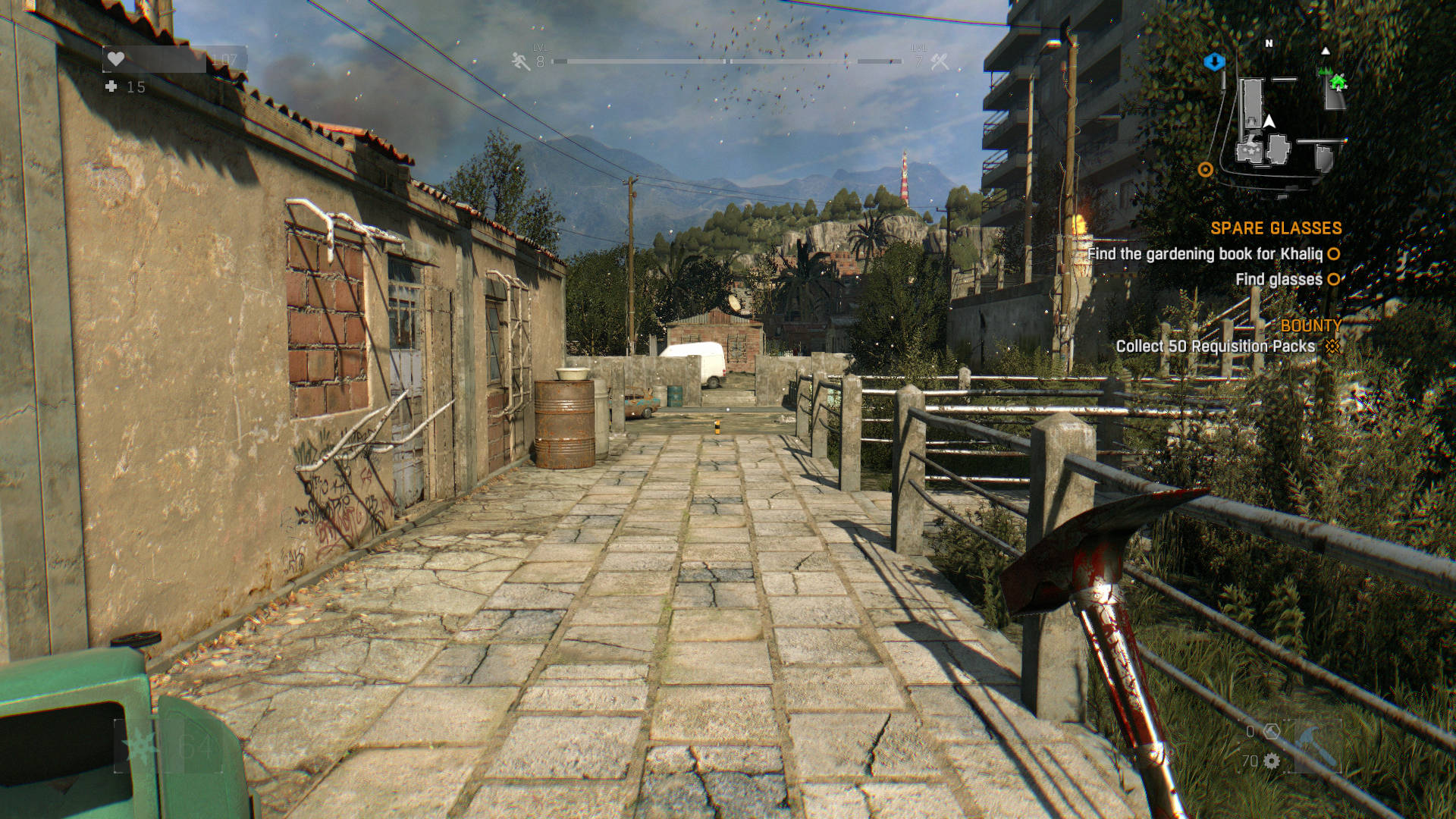 Spread through the map, you can find some quarantine zones. These are usually full of zombies, as well as some very useful loot. Each quarantine zone can be repeated as often as you wish, making them good places to find powerful weapons. Just keep in mind that these places are usually filled with zombies, so make sure that you come prepared.

Challenges is another form of missions available in the game. For challenges, you will either have to run a specific route, or you may need to kill a certain amount of zombies in a limited time. Some challenges require you to kill zombies in a particular way, such as pushing them into spikes or decapitating them. The challenges are optional, so if you don't enjoy these kind of missions you can easily ignore them and it will not impact the game in any way. Personally, I both love and hate these challenges. Some of them are fun, but I also hate it because I just can't bring myself to ignore them even if some of them are quite infuriating to complete. 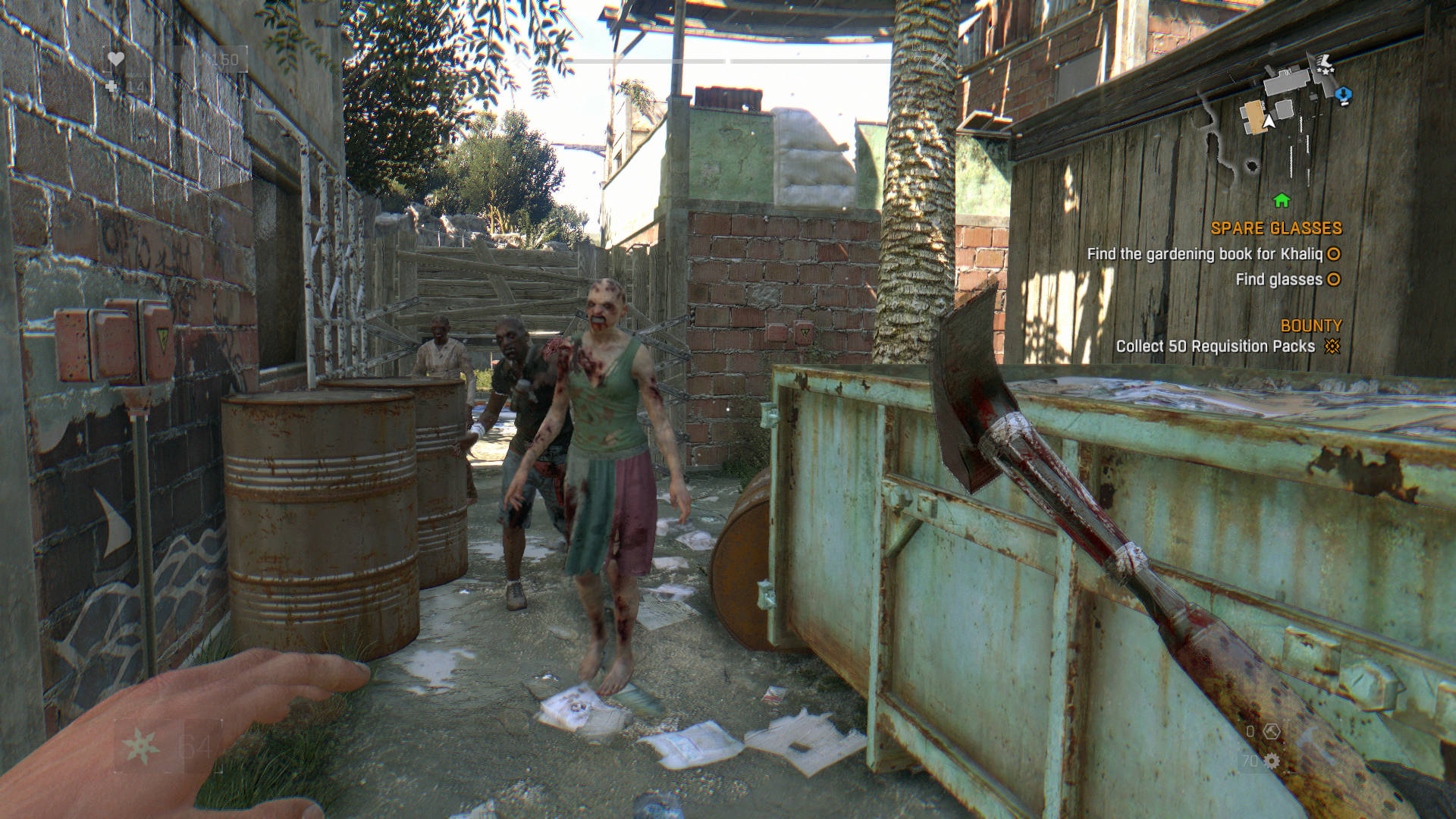 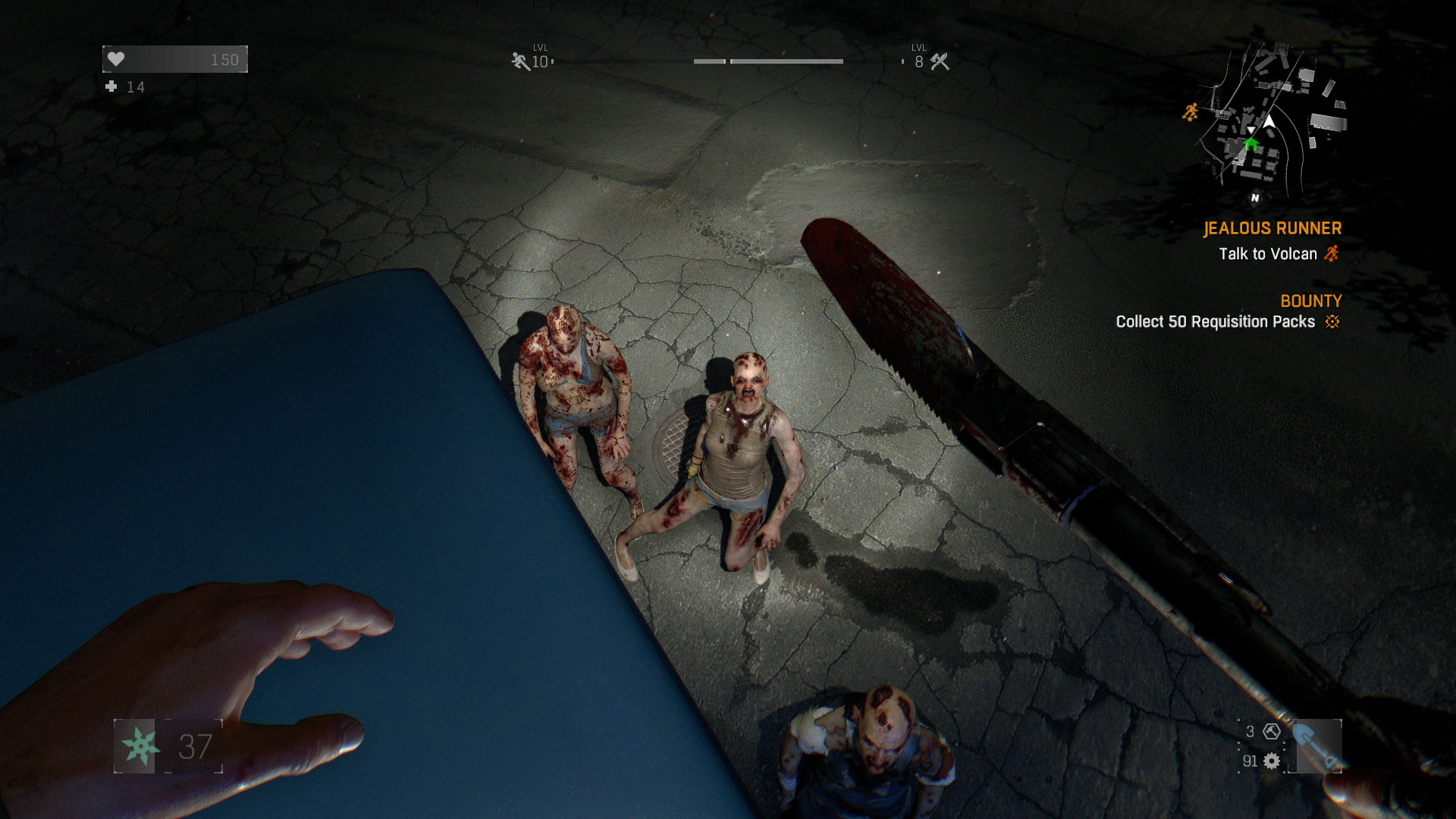 As you progress through the game you will gain experience which is divided into three skill trees, survival, agility and power. Survival experience is gained from completing quests, picking up air drops and surviving out at night. The skills gained in this tree is largely related to crafting and looting and other survival related skills. Agility experience is gained from jumping, climbing and other acrobatic moves. Improving acrobatic skills will let you perform acrobatic moves faster without tiring as much. There are also some unique movies to be learned. Lastly, Power experience is gained from combat. All the skills in this tree is directly related to combat, either teaching you new moves or just overall improving your combat effectiveness. 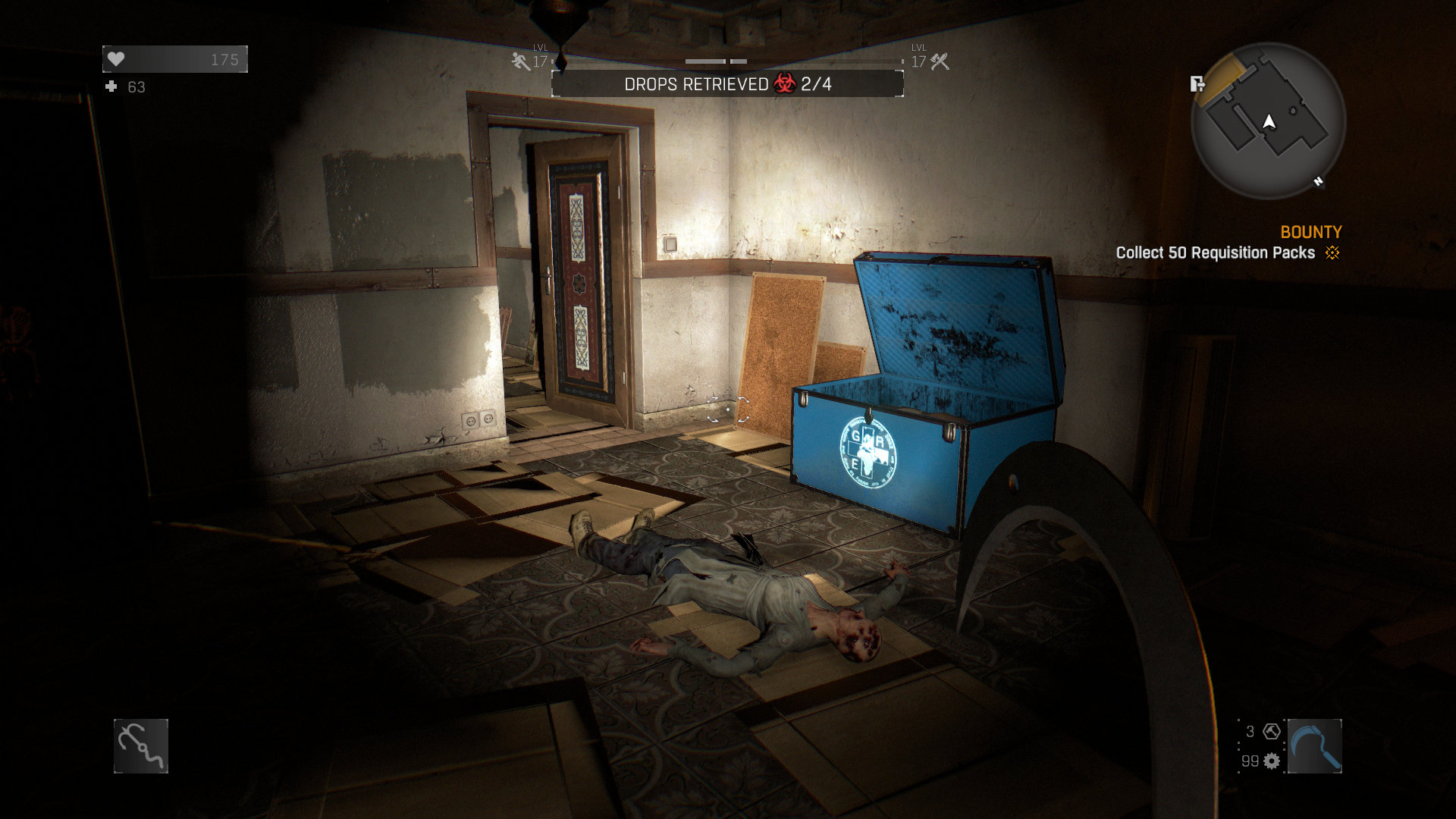 If you would feel safer with someone watching your back, then you should be happy to hear that the game also features multiplayer. You can team up with others to tackle the more difficult challenges, or even invade someone else's game as a very powerful zombie. All of these features are optional, and you can play the game all alone if you so prefer, or make it public so anyone can join. 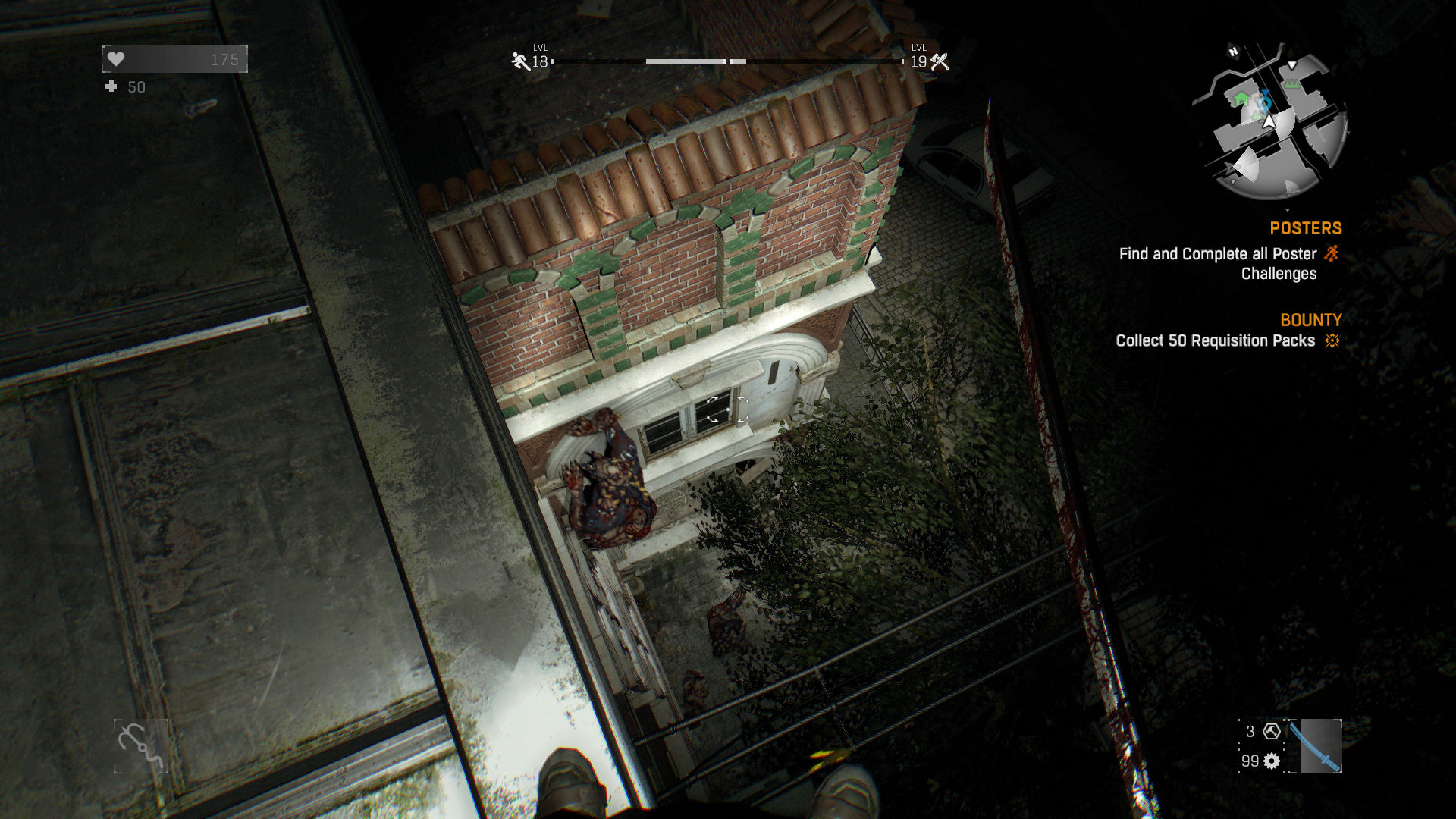 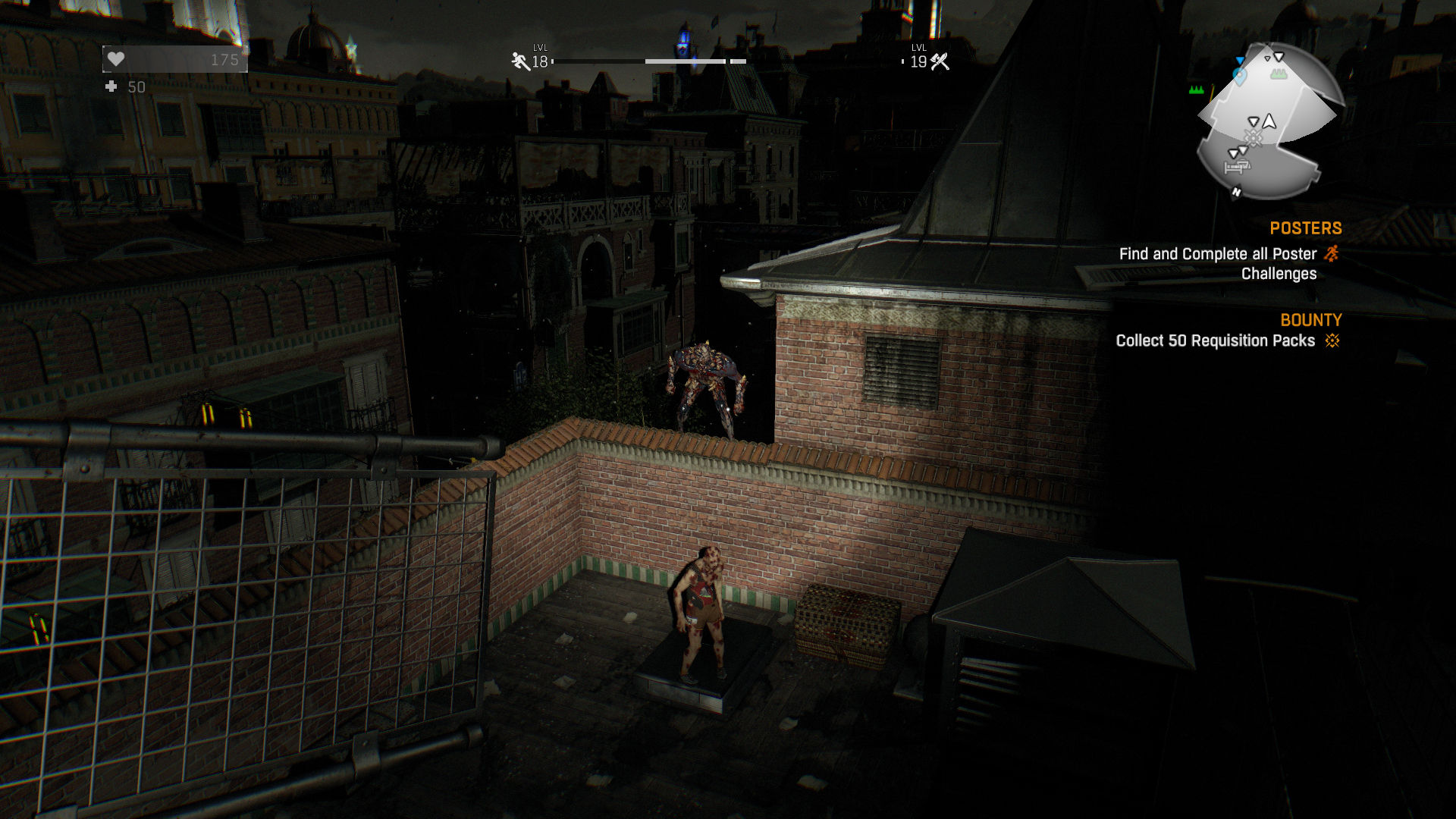 The game has received several DLC's, but the one I want to discuss is The Following. This is really more of a full expansion. The story of Dying Light is continued through The Following, it also takes place in a completely new environment. You get to explore The Countryside outside Harran. This means that there are fewer buildings so you can't survive with parkour alone. Instead, you will get a buggy that you can drive around the countryside. As a result, the gameplay is slightly different with a reduced focus on parkour.

A new skill tree is introduced along with the buggy, the Driving tree. Simply driving the buggy will generate experience for the Driving skill, and running over zombies generates even more experience. New skills in the Driving tree will unlock upgrades for the buggy, letting you put on upgrades such as an electrical cage, flame thrower, uv lights and the ability to drop mines. 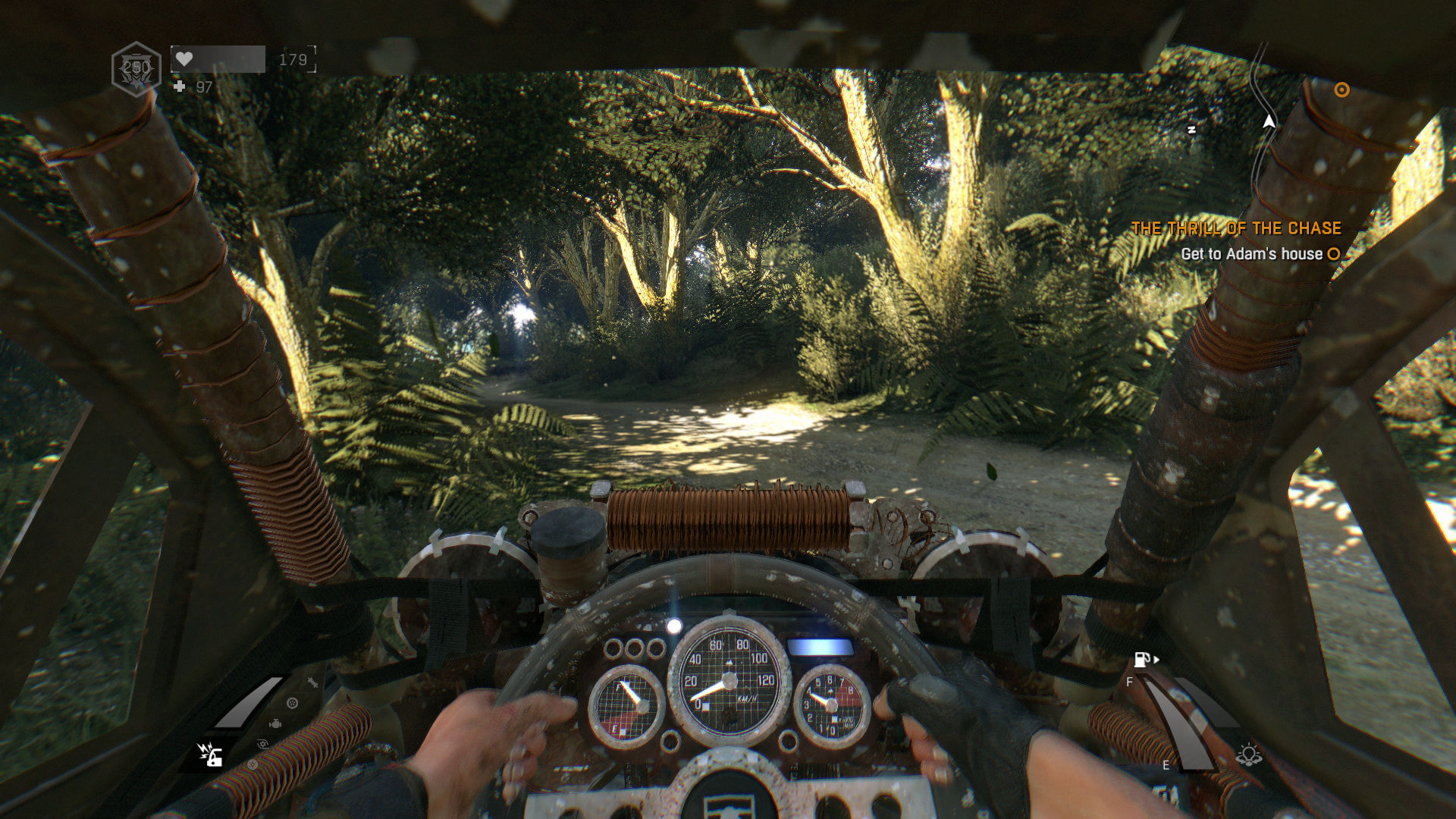 Certain parts of the buggy will be damaged over time and will require repair or replacement. New parts can be scavenged, bought from merchants, or crafted.

This is a game where you will be hard pressed to run out of stuff to do, and I believe the gameplay will be enjoyable to a very large audience. I really only have positive things to say about this game. Or maybe not... There are some side missions in the game where you have to escort an NPC, and these NPC's have an uncanny ability to run into zombie hordes and die. I have always hated NPC escort missions in any game they appear in, Dying Light is certainly no exception. Thankfully these escort missions are few and they don't really qualify as side missions, they do not get any entries in the quest log.

If we ignore the escort missions, then everything else in the game is absolutely amazing. This game gets double thumbs up from me!

Even better, there is a Dying Light 2 in the works. We will definitely take a look at that as we know more.