The 1980's gave us some very interesting and unique movies. The main protagonist would usually be an overly macho badass loaded with unrealistic guns and a bulletproof attitude. It also seemed to be a common movie plot that the apocalypse happened sometime shortly after the year 2000. And that's the premise of Far Cry 3 Blood Dragon.

This game has nothing to do with Far Cry 3, it just uses the same engine. The game world, story and characters are completely different. Blood Dragon takes place in a fictional 2007 after the world has suffered a nuclear apocalypse. You are Rex Power Colt, a Cyber Commando, part man and part machine. It is your mission to stop an army of dangerous cyber soldiers on an island inhabited by the mysterious Blood Dragons. Huge beasts that easily kill anything in their path and shoot lasers out of their eyes. If it is not clear by now, let me state that Blood Dragon has an awesome setting with neon colored lighting, cyber soldiers and mutant/cyber animals. You got all the ingredients you need for hours of mindless, but extremely fun, action. 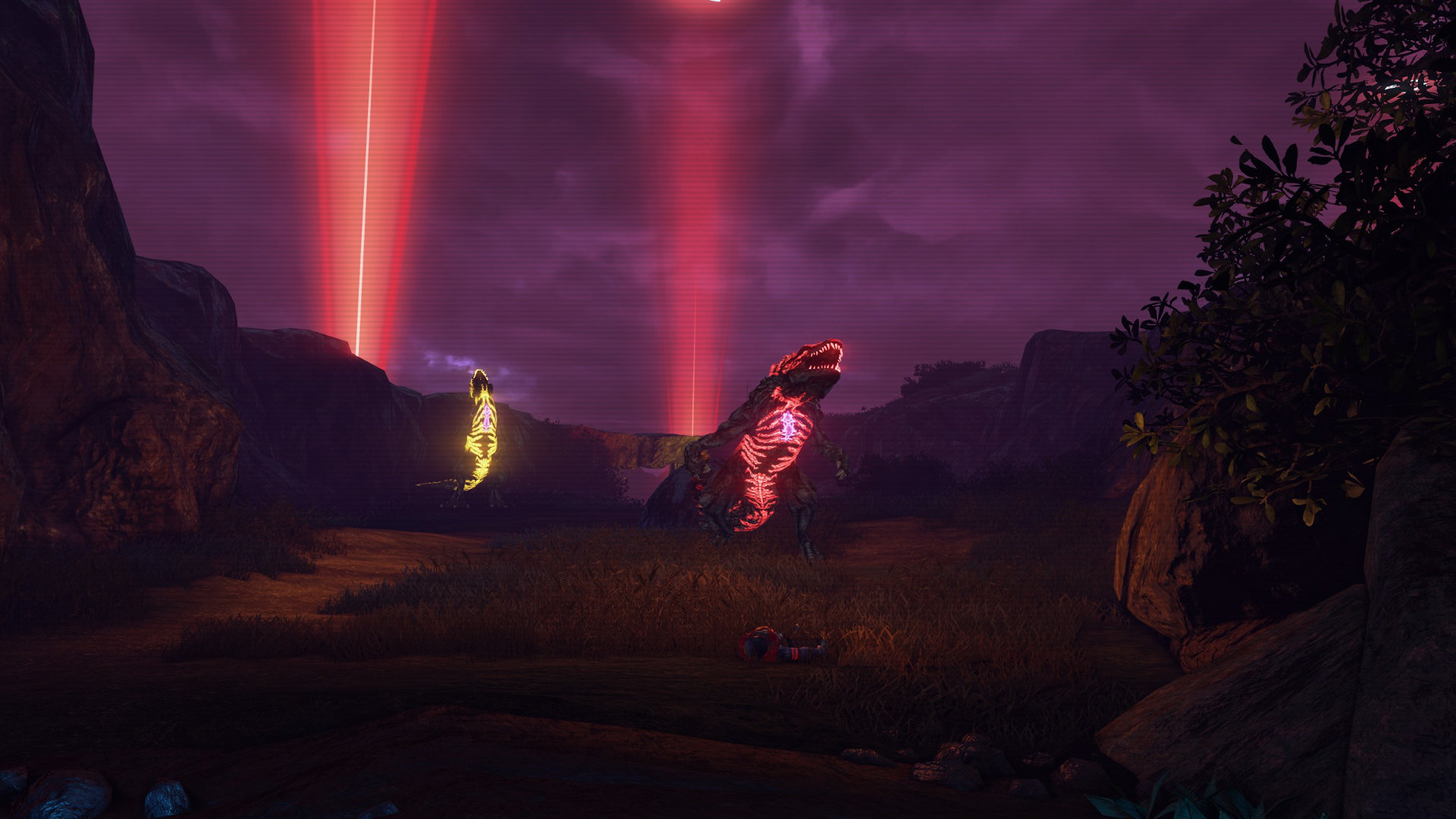 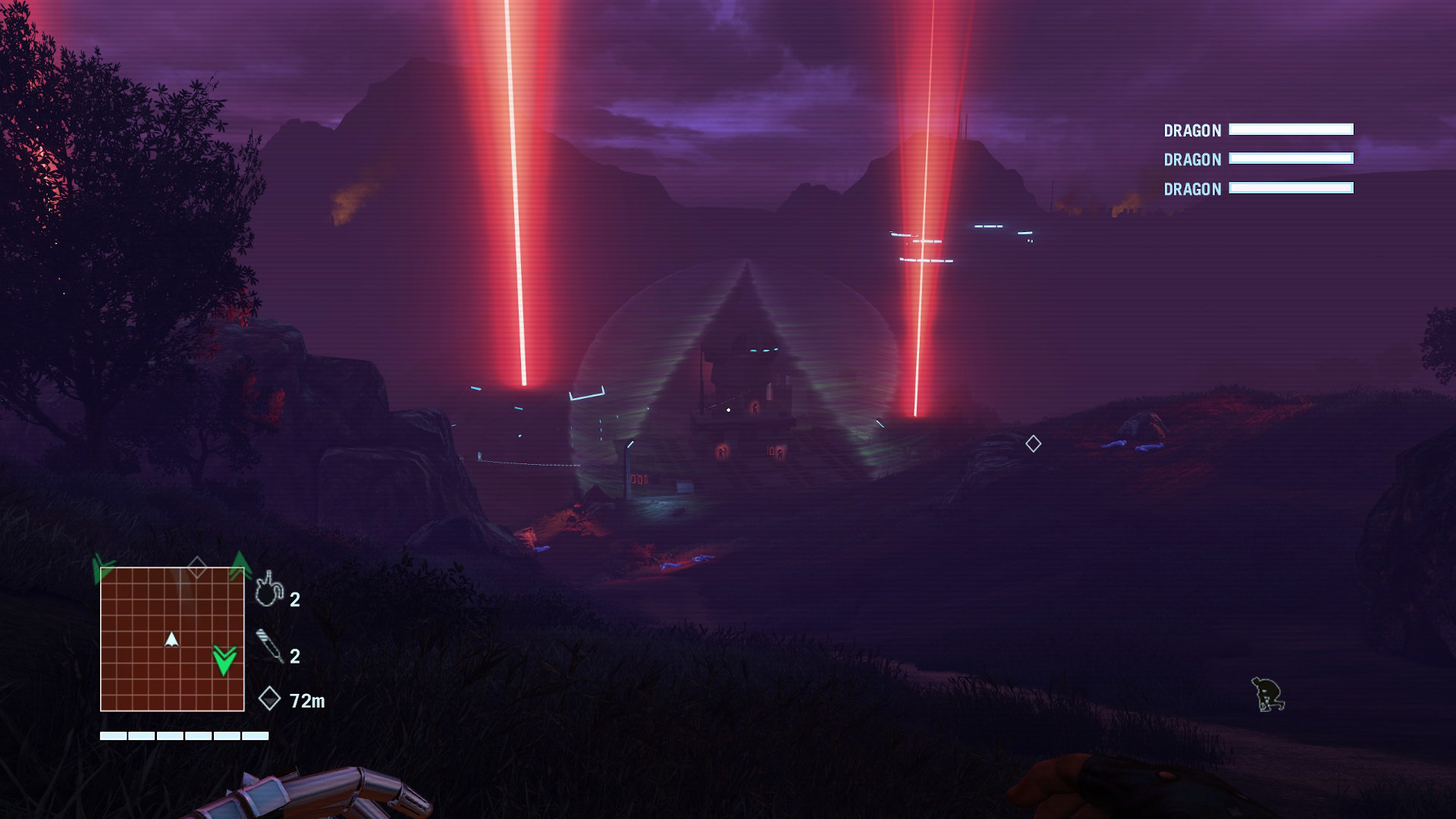 You begin with two tutorial style missions, but once they are done you can roam free on the island. The story missions will wait until you want to continue, and exploring the island and doing side quests is extremely fun. On the island you can find numerous enemy garrisons. You can liberate these garrisons from the enemy by killing all the enemy soldiers, which you can either do yourself or trick a blood dragon into doing for you. Freeing a garrison will unlock a few side missions, which usually unlock a new attachment for your weapons. Weapon attachments is one of the primary ways you make yourself more powerful. Your standard assault rifle has rather low damage in the beginning, but when you upgrade it to shoot laser rounds it becomes one of the most powerful weapons you have. You also gain experience from completing missions and killing enemies, and with enough experience you will level up. Each new level brings you a predetermined benefit and you can see all the level benefits from the game menu. You will usually become better with a weapon, learn a new move, or simply gain more life. 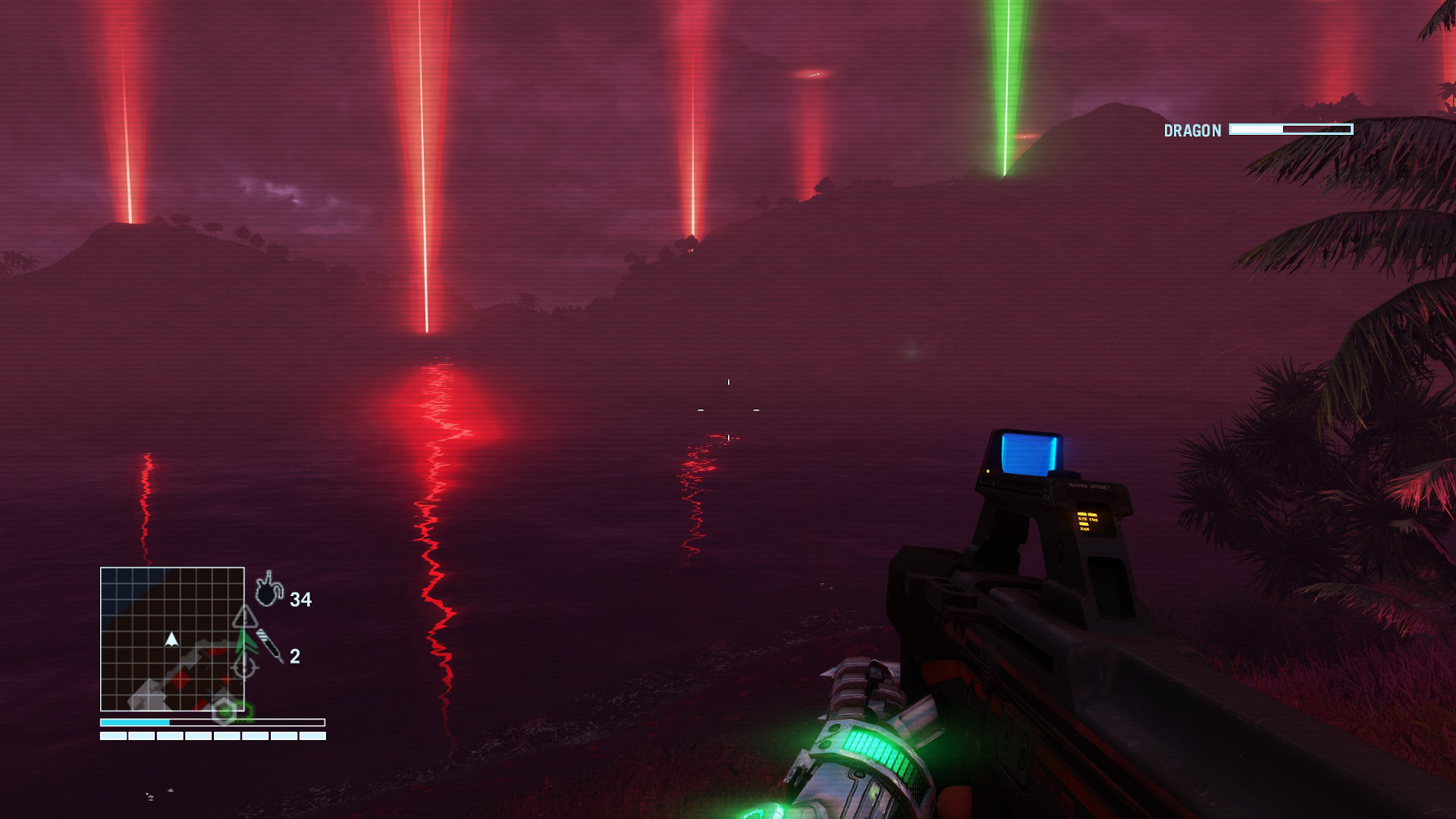 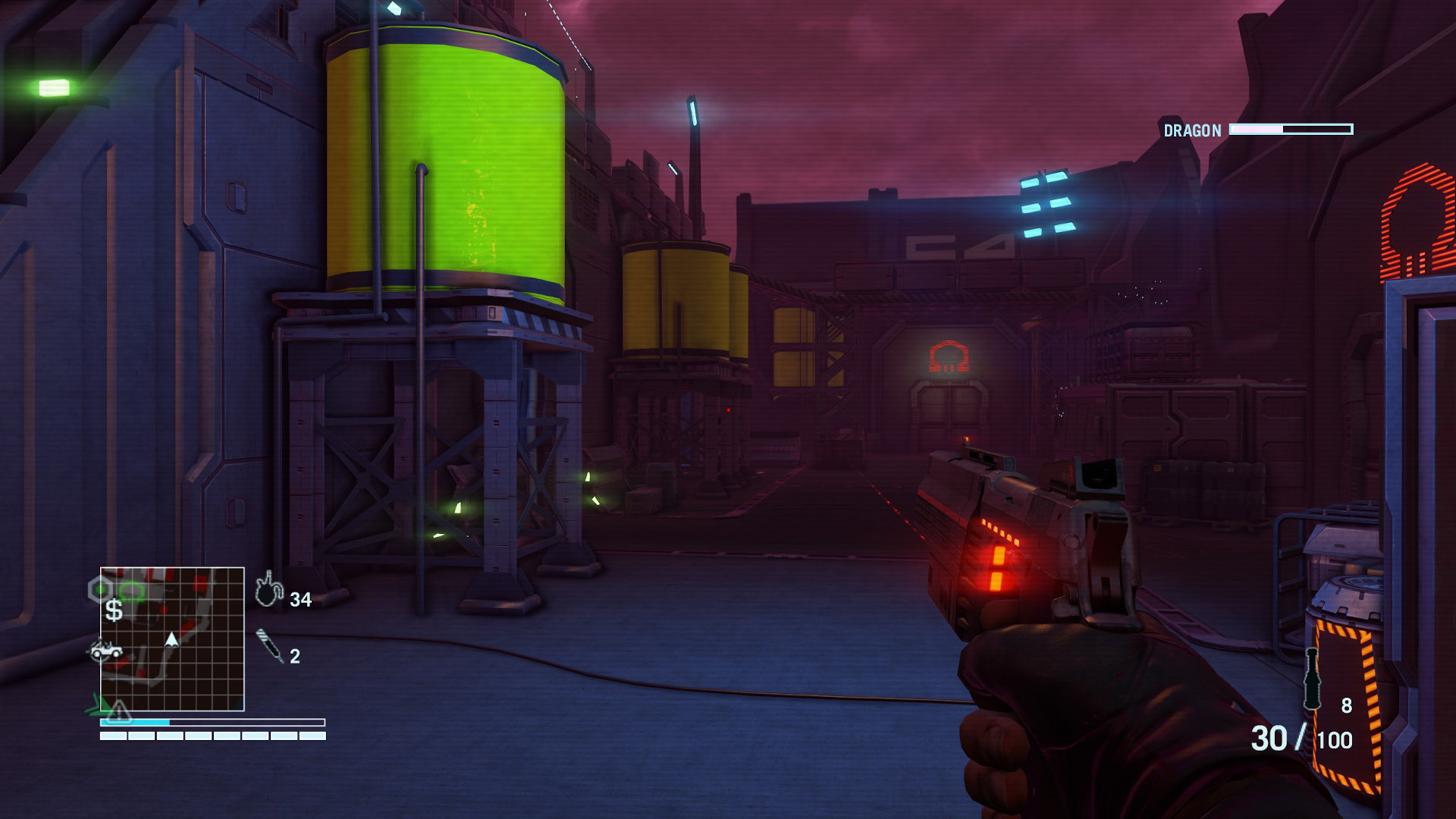 Earning these rewards is a very good incentive to free garrisons and do side missions. It will make you more powerful for the main story missions, and most of the rewards are definitely worthwhile. There is also collectibles in this game, and they will also unlock weapon attachments while giving you more experience. Personally I have a love/hate relationship with collectibles. I am a completionist, so I can't bring myself to ignore collectibles and for the most part I genuinely enjoy hunting for them. But there are some games that take it too far, making it a painful chore just to find everything. Blood Dragon is thankfully not a chore, there are not too many collectibles, and you can buy maps in the liberated garrisons which will mark all collectibles on your map. This makes it much easier to find them all and definitely takes away a big source of frustration since you no longer need to search for them without knowing where to look.

To help you along your way you can find different vehicles on the island. They will let you travel much quicker while some of them also have mounted guns. Rex Power Colt do not take any damage from a fall, no matter how high it is, which makes the hang glider one of my favorite ways of getting around. You can glide over a place you want to go, and then just drop down without worrying about the height. It makes for some pretty awesome moments, and also rather unique ways to surprise your enemies. 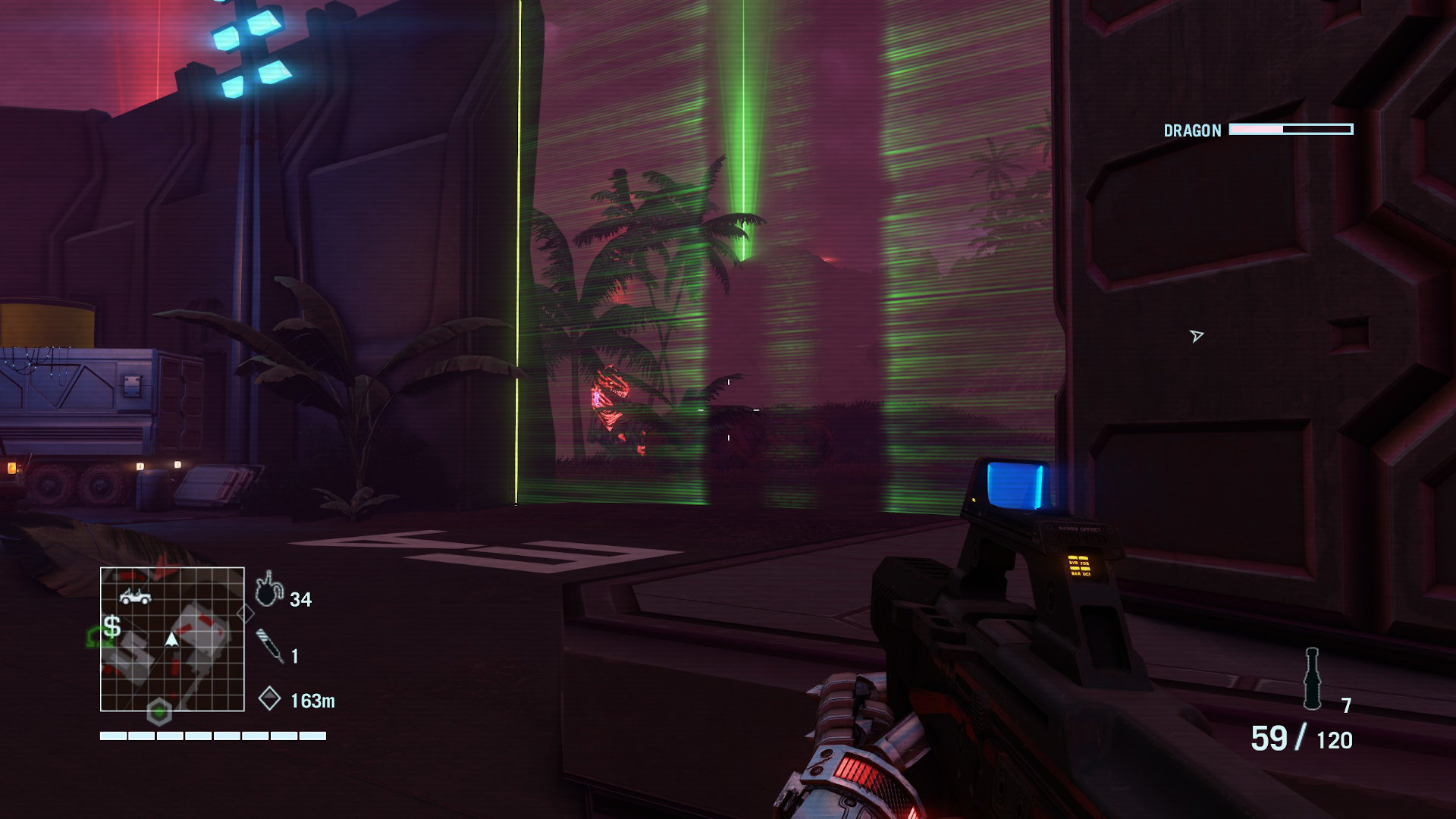 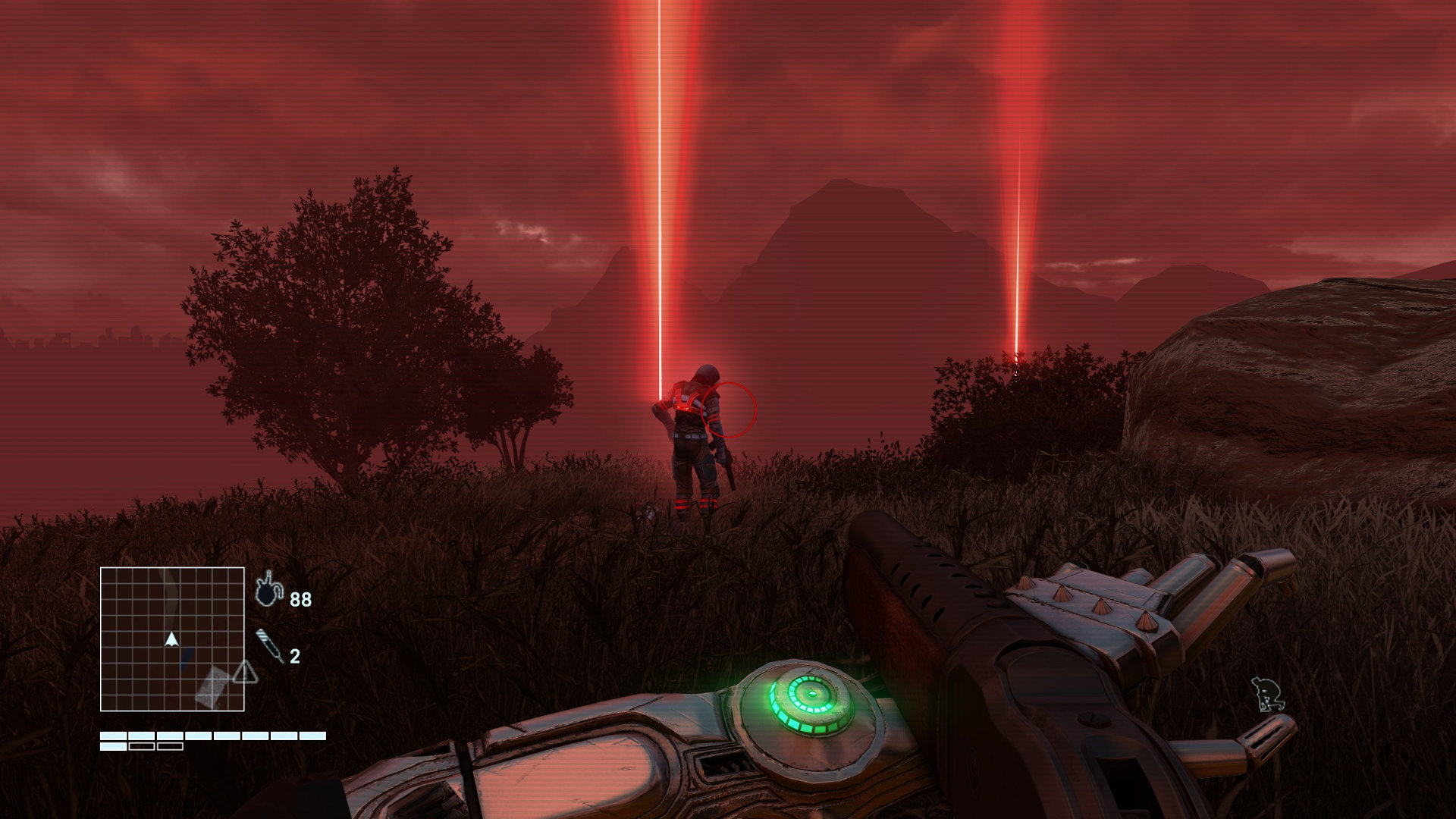 So that is the basic premise of the game, a first person shooter set in an apocalyptic future (by 1980's standard), open world with side quests and collectibles, neon lights on everything as well as your weapons, and cheesy one-liners delivered by the main character. They even got Michael Biehn (link opens in a new tab) to do the voice for the main character, he is known for his roles in movies like The Terminator and Aliens, in other words a real 80's movie action hero. 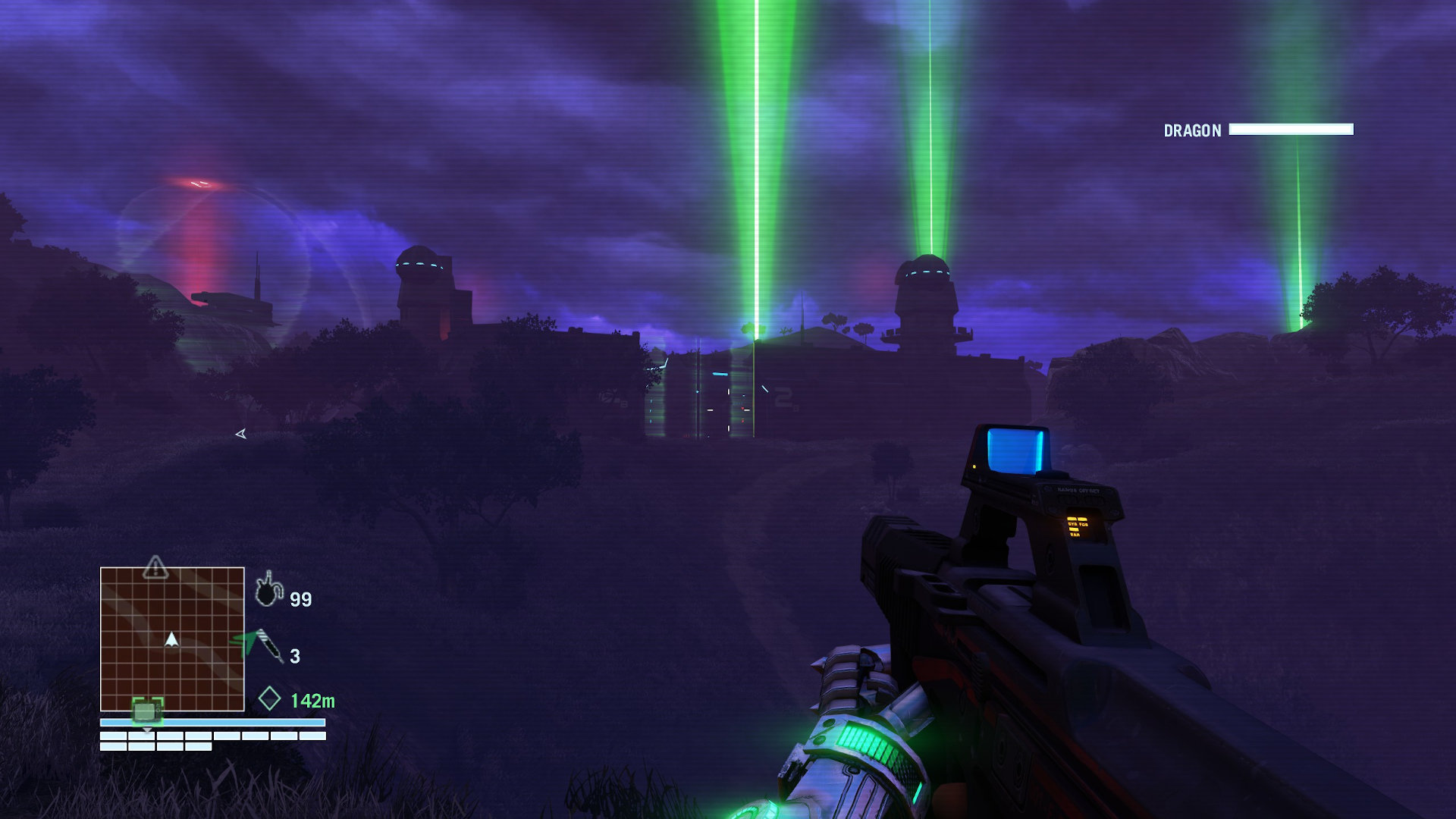 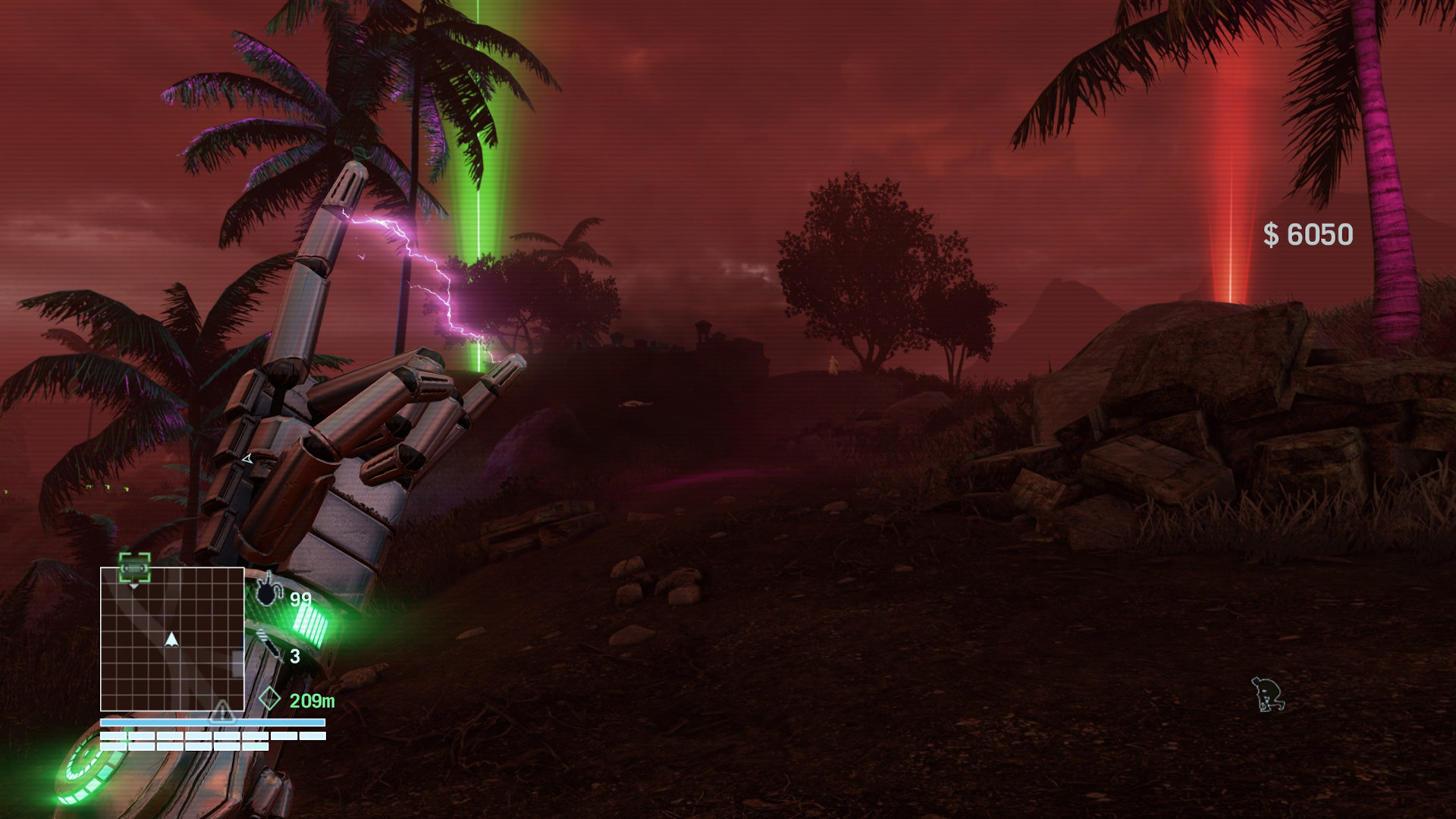 The soundtrack is another high point for the game. It is made by the australian band Power Glove, it is your typical 80's sounding electronic music and it just fits so perfectly. I personally can't imagine a more suitable soundtrack as it perfectly captures and enhances the whole mood of the game.

Below is one of the game's tracks as an embedded YouTube video. It is a privacy oriented embedding, so YouTube's tracking does not happen unless you start playing the video.

In all honesty there is not that much more to say about the game, the gameplay mechanics are not revolutionary and are actually pretty standard. If you already played Far Cry 3, then you already know how to play this game. What makes this game so exceptional is the setting, the colors, the downright awesome atmosphere as you kill your way through enemy cyber soldiers. 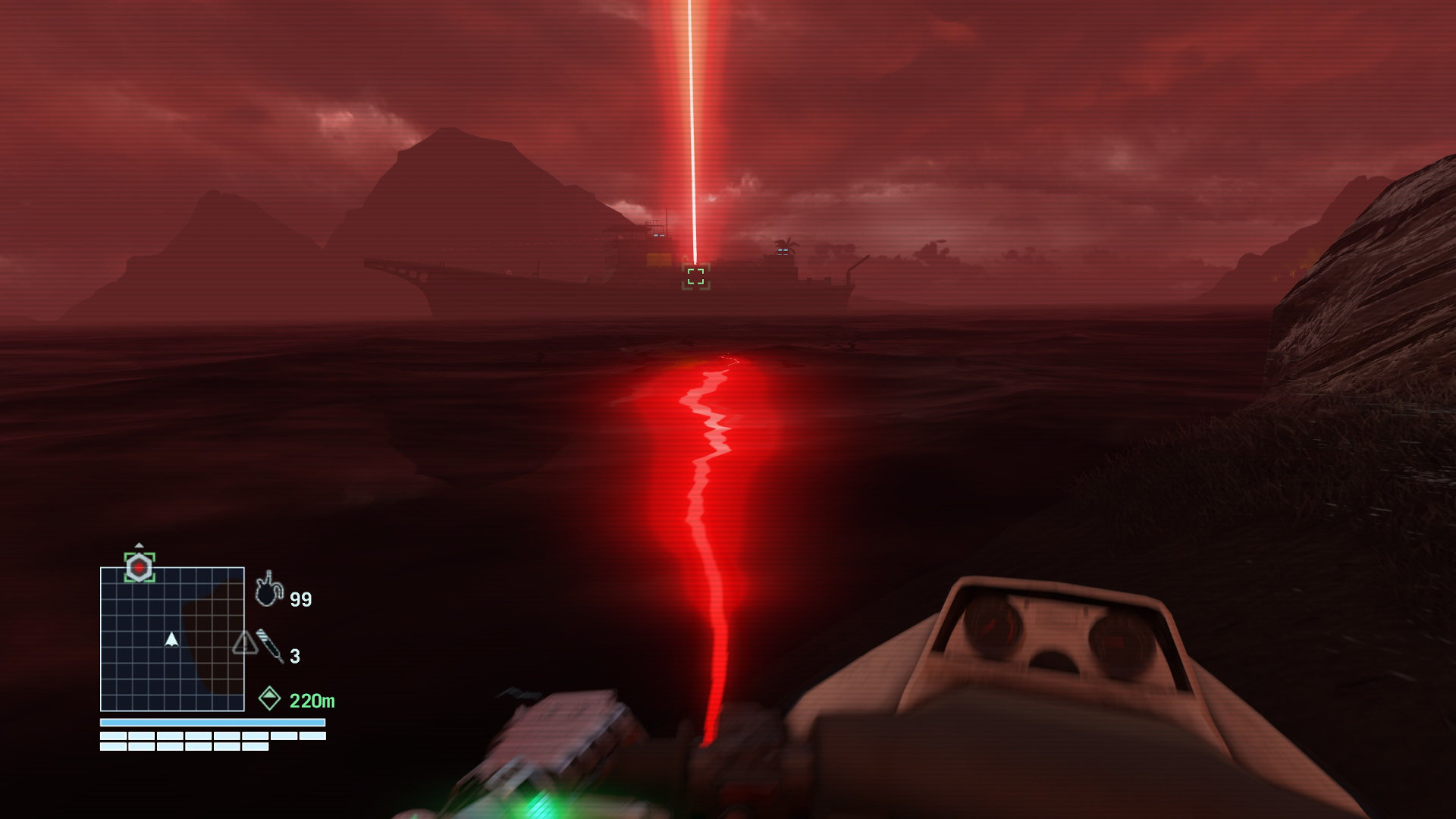 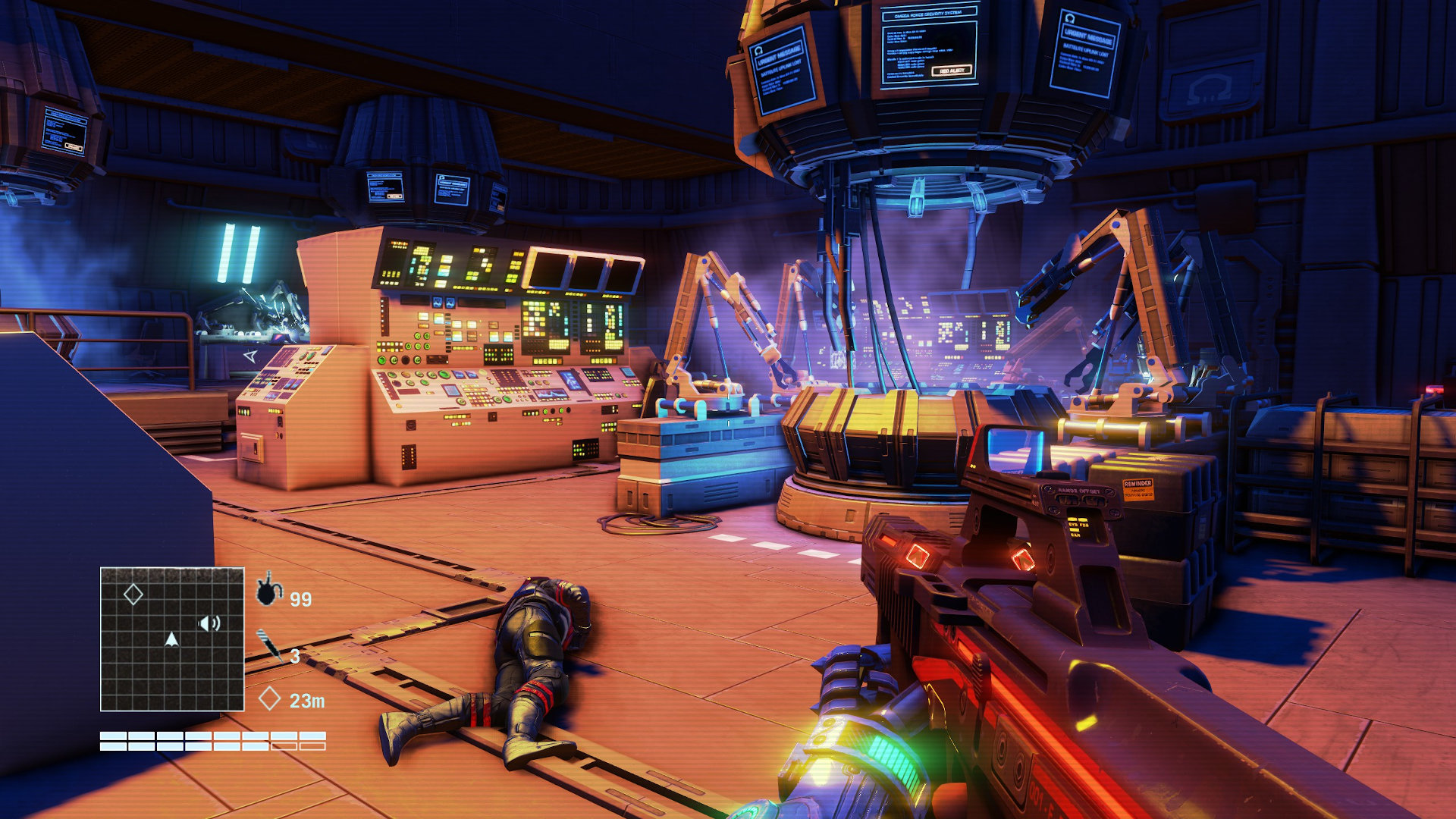 Personally I don't play that many first-person-shooters. There are a few titles that I really do enjoy, but games like CoD is something I have never played, and never will. But there are some games in the genre that do catch my attention, and this is most certainly one of those games. I thoroughly enjoyed every moment I spent playing this game and I found myself wanting more even after I had done everything there was to do in the game. Do yourself a massive favor and play this game!

Additional screenshots, because it just looks so cool: 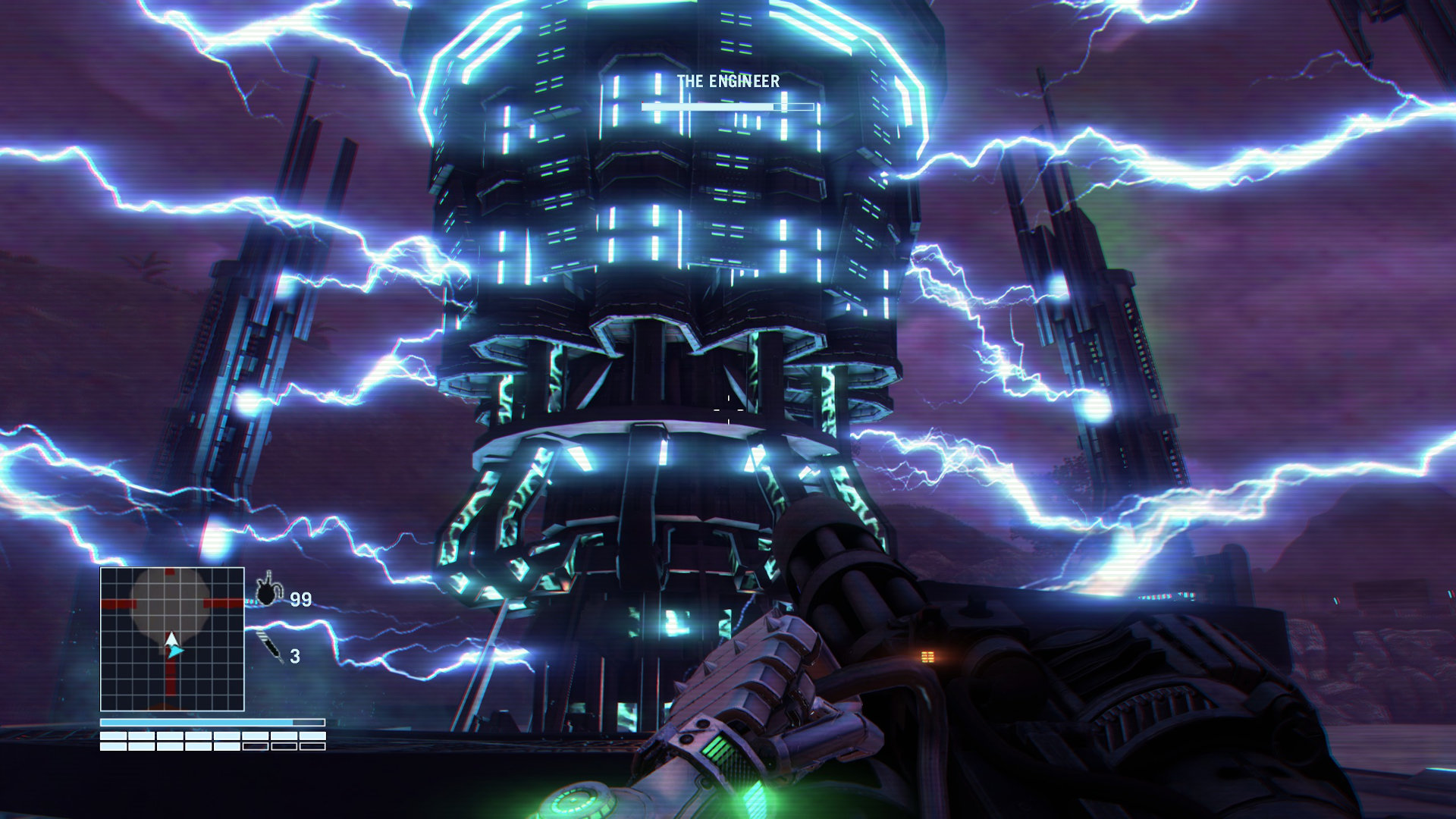 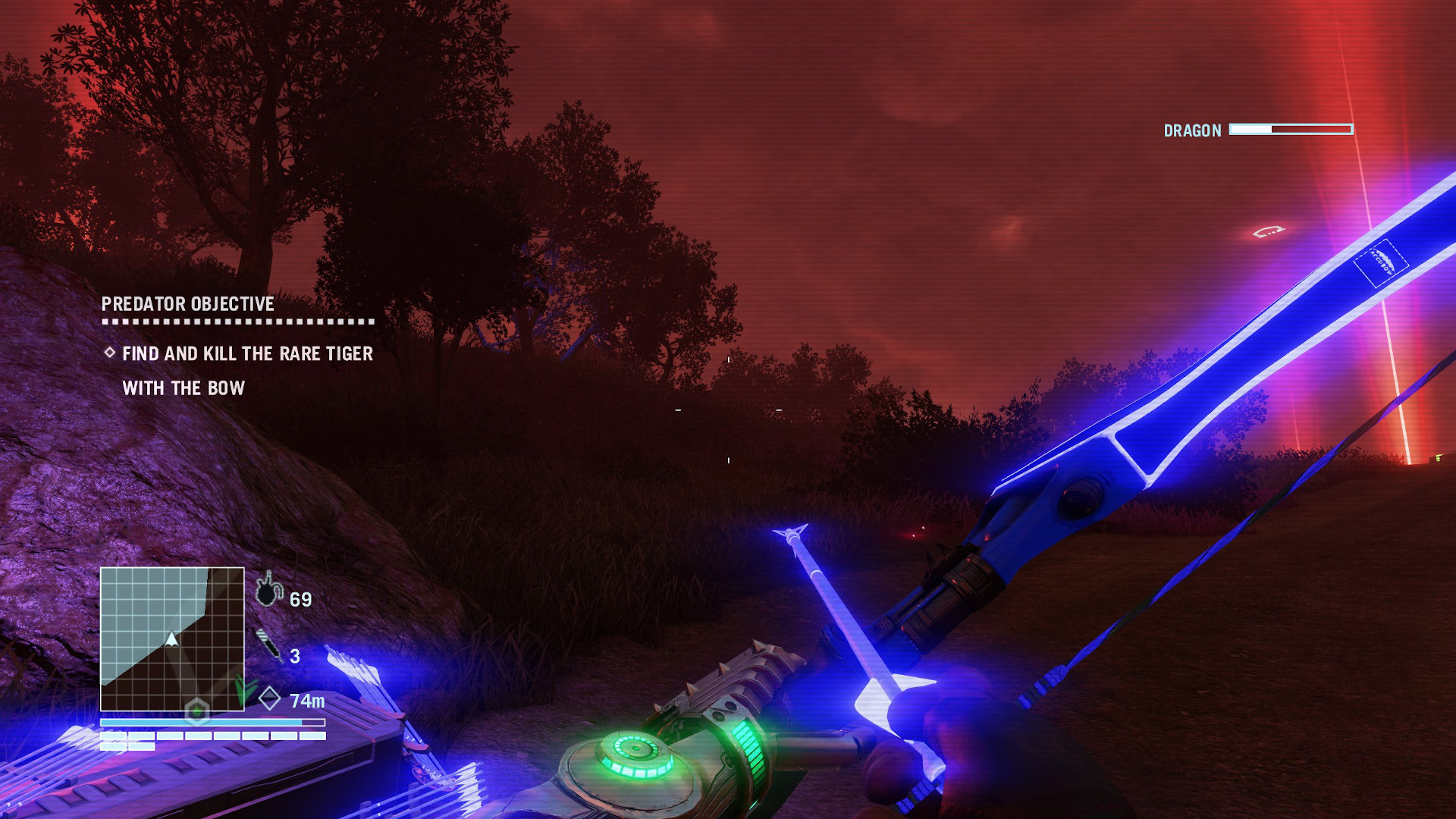 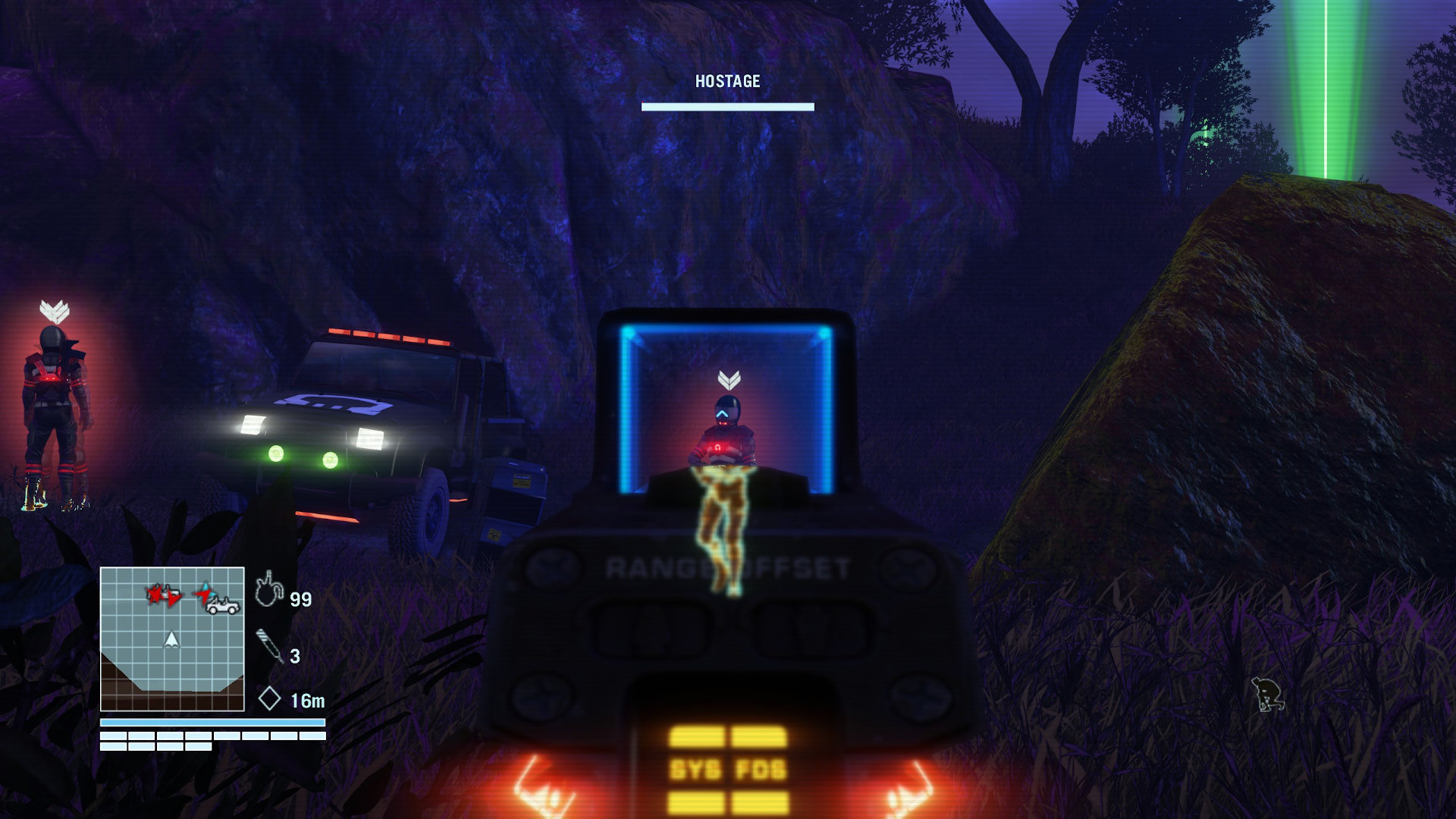 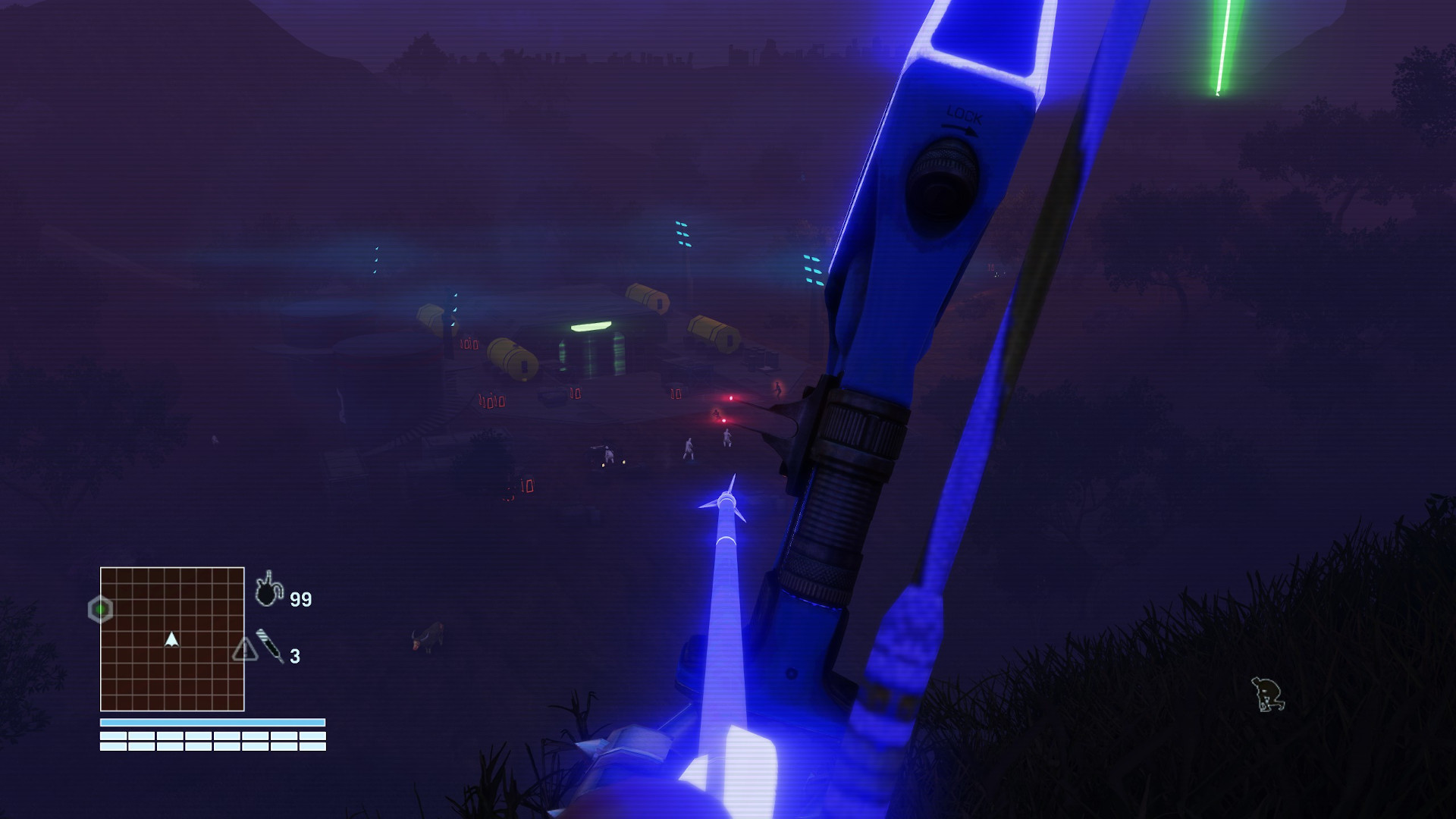 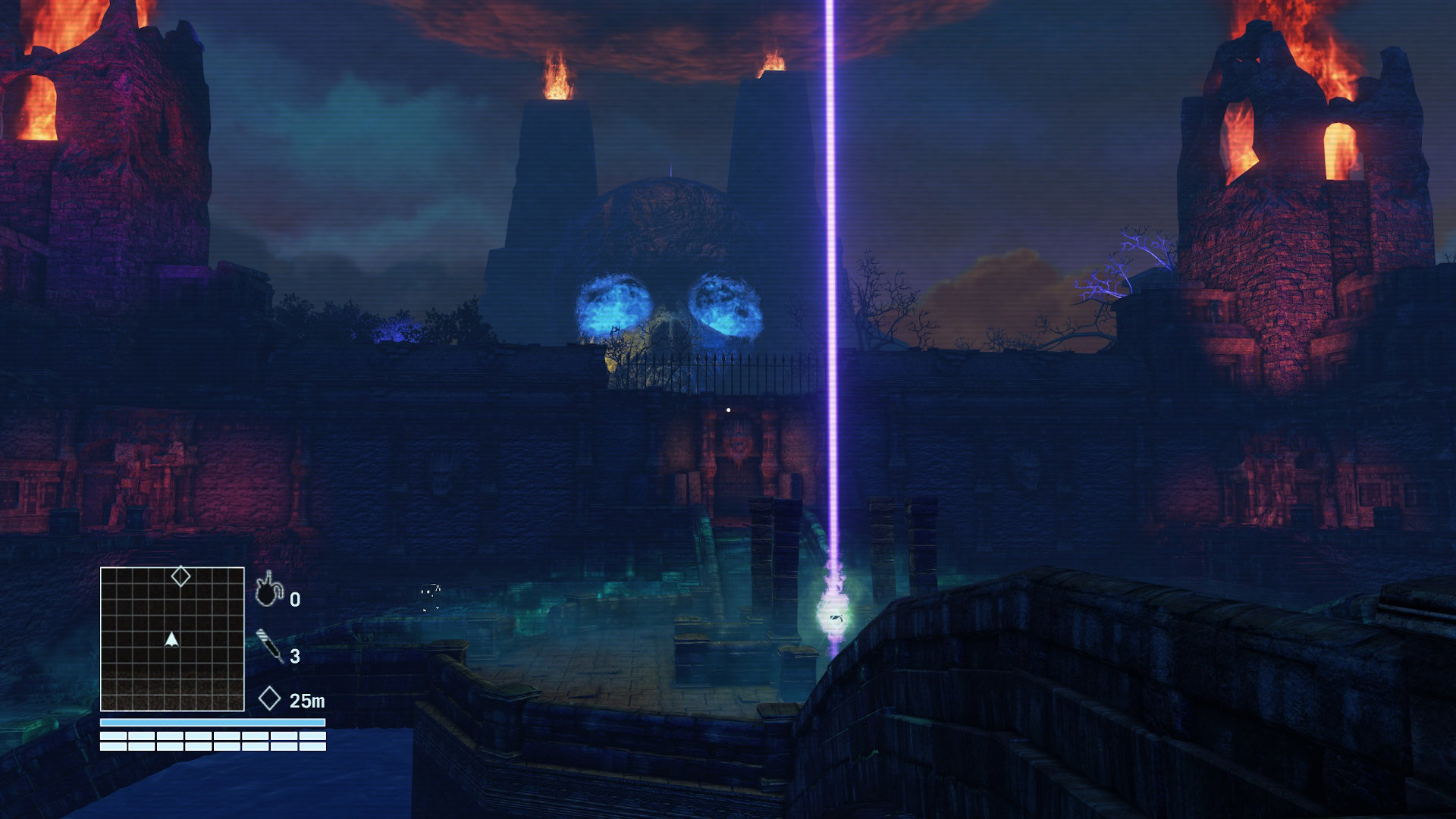 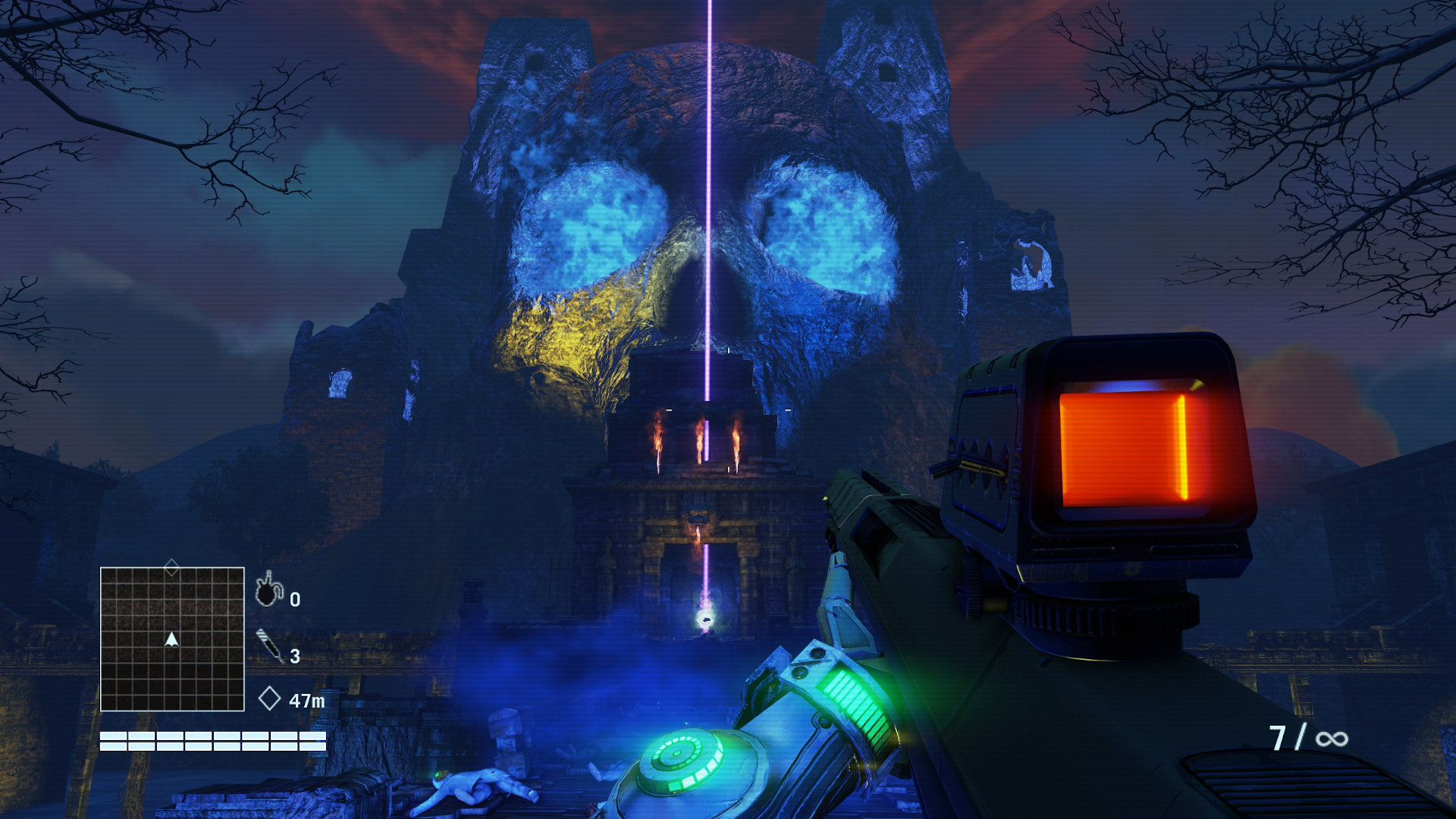 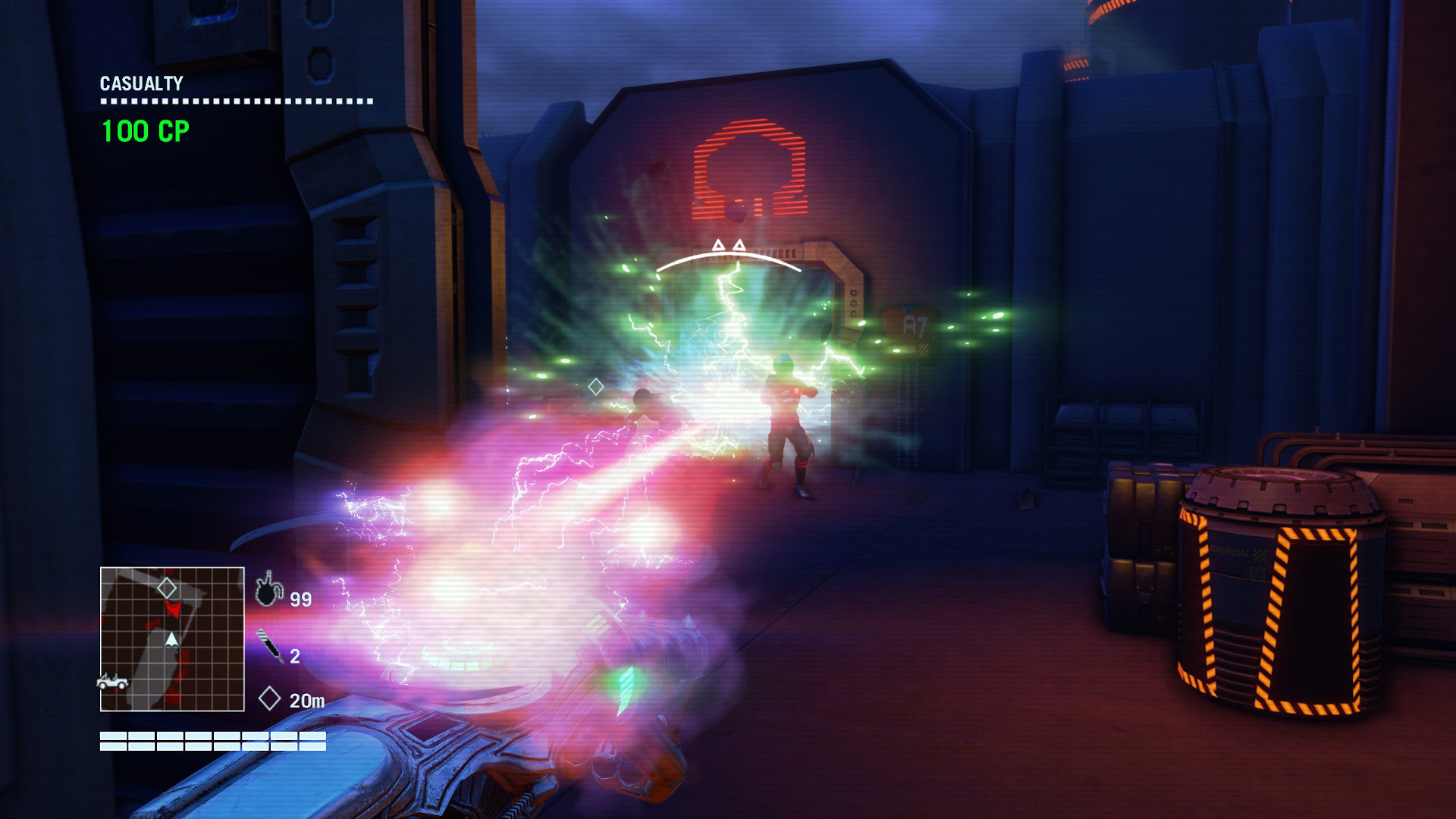 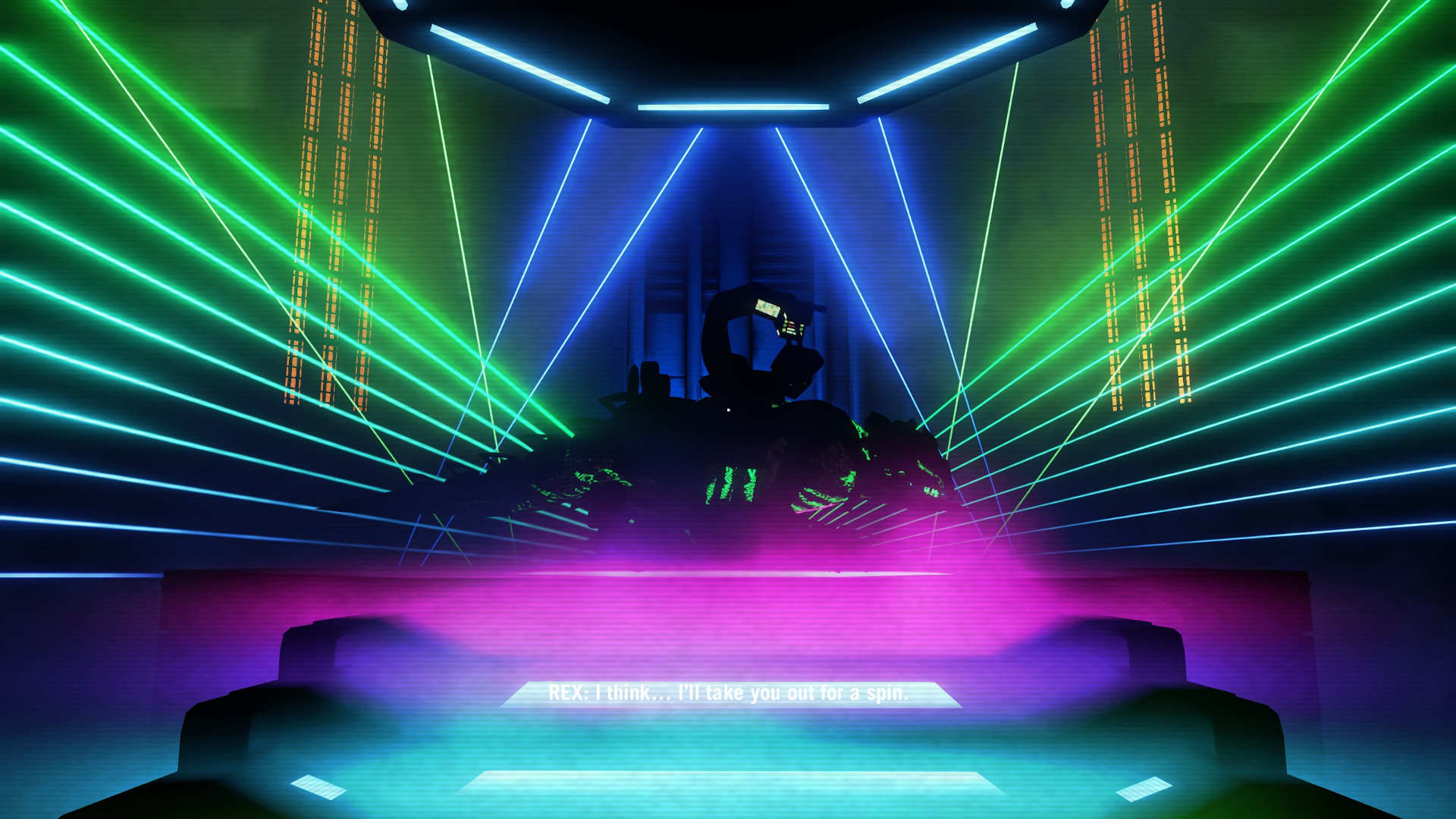