Soulbringer is a fantasy RPG that was released in 2000 and I originally got the game about half a year after release. When I first tried the game I actually didn't like it, mostly because I had not read the game manual and didn't understand the interface or even basic gameplay elements.

The interface is unusual, and might feel a bit clunky when you first start playing. I actually gave up after just a few minutes. Thankfully, I did give the game another try. I read the manual, learned the interface, which actually turned out to be quite simple. And once I really got into the game, I was completely hooked. I've probably replayed this game more than 10 times over the past 20 years. I'm also realizing that I'm starting to get old. 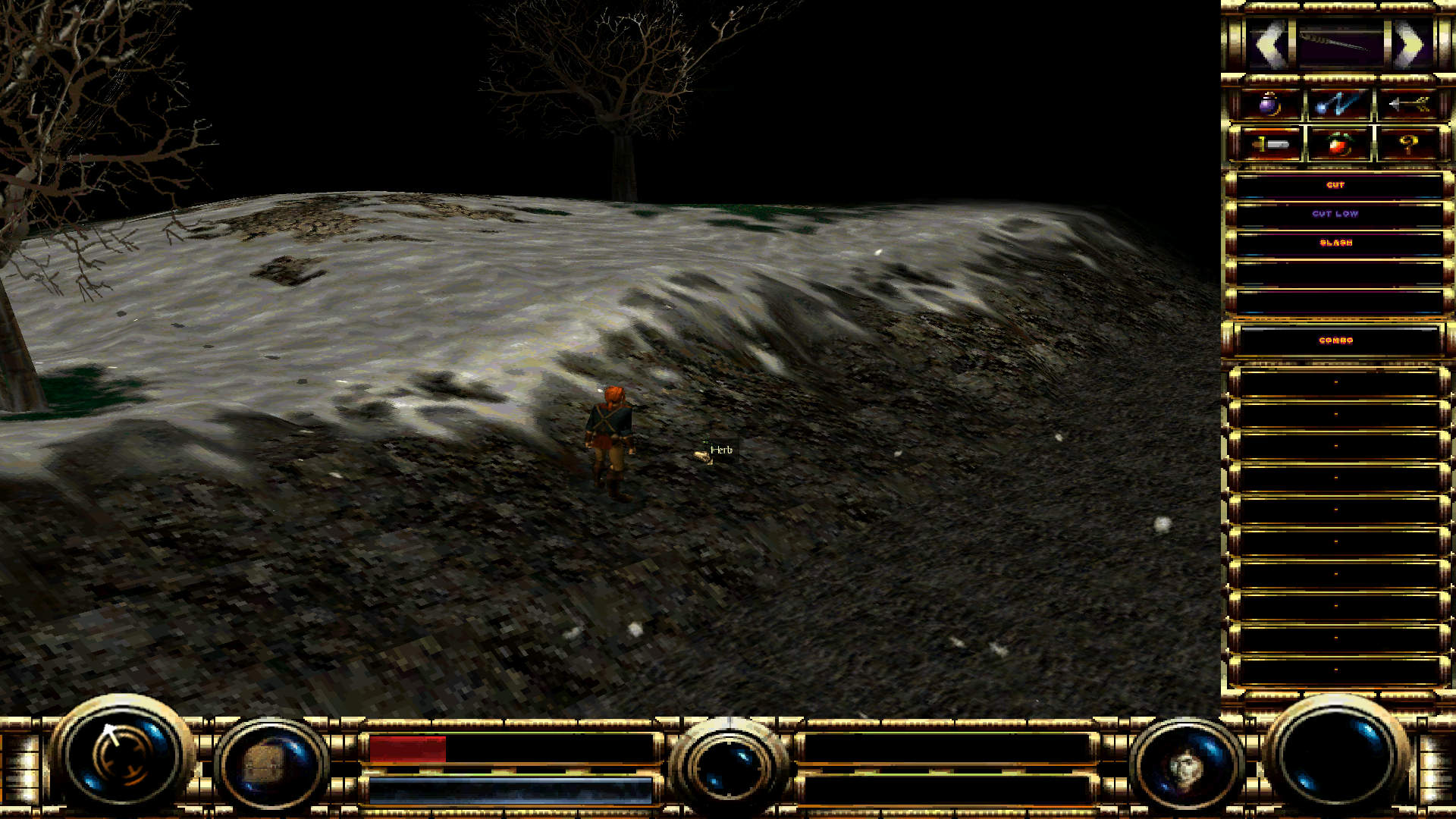 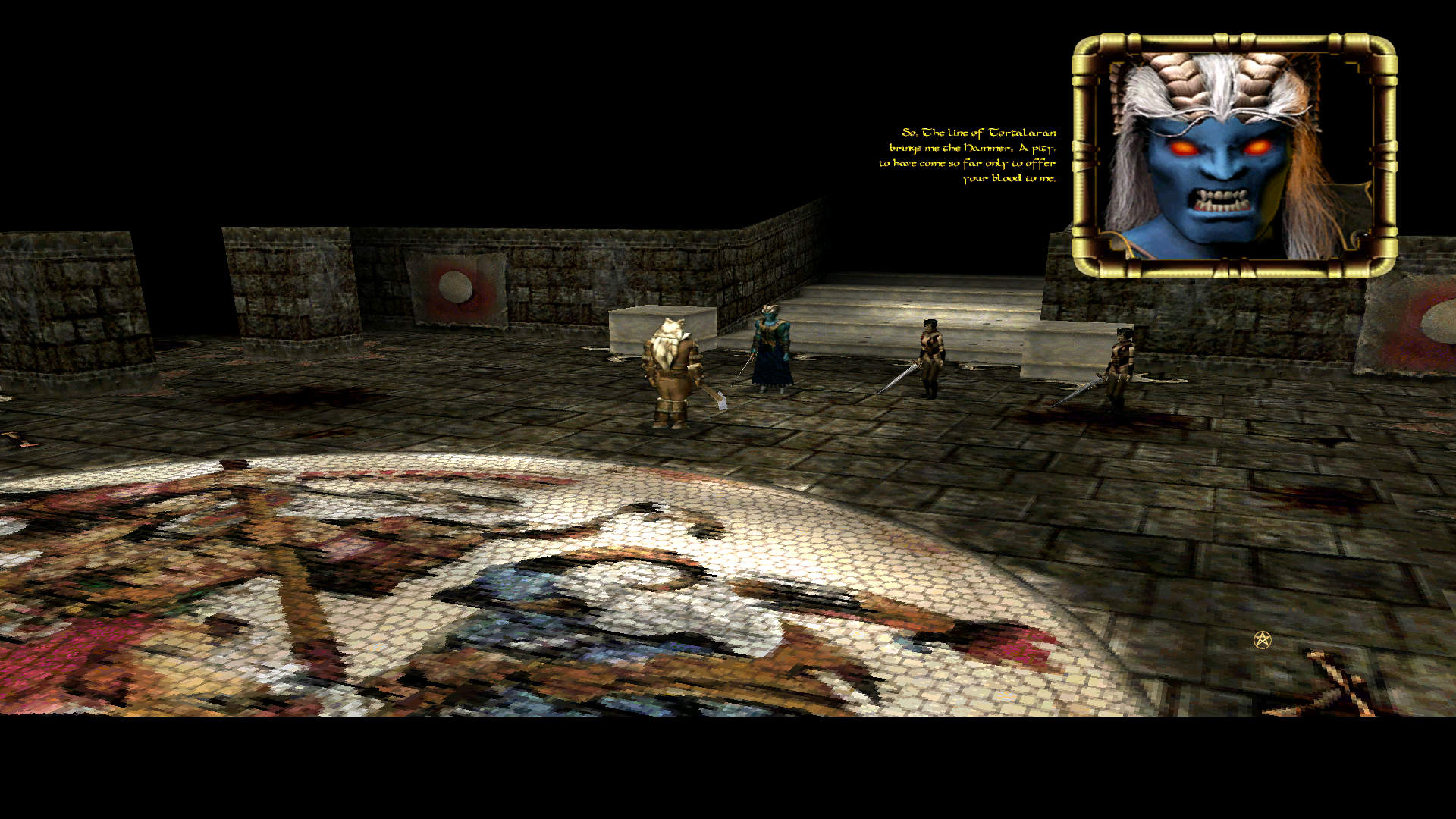 Before I dive into the game world and story, I want to have a look at the interface and gameplay mechanics. The viewpoint of the game is hovered above the player character, always following your movements. You can rotate the view around your character by holding down the right mouse button while moving the mouse. The viewpoint can only rotate around your character, not move further away or closer. To move your character, you simply click where you want to go with the mouse. Pathfinding is a bit odd in this game, meaning that it sometimes takes a second or two for the game to calculate a path before your character starts moving. If you clicked on something that can be interacted with or picked up, your character will perform the appropriate action. Talking with NPC's works in the same way. 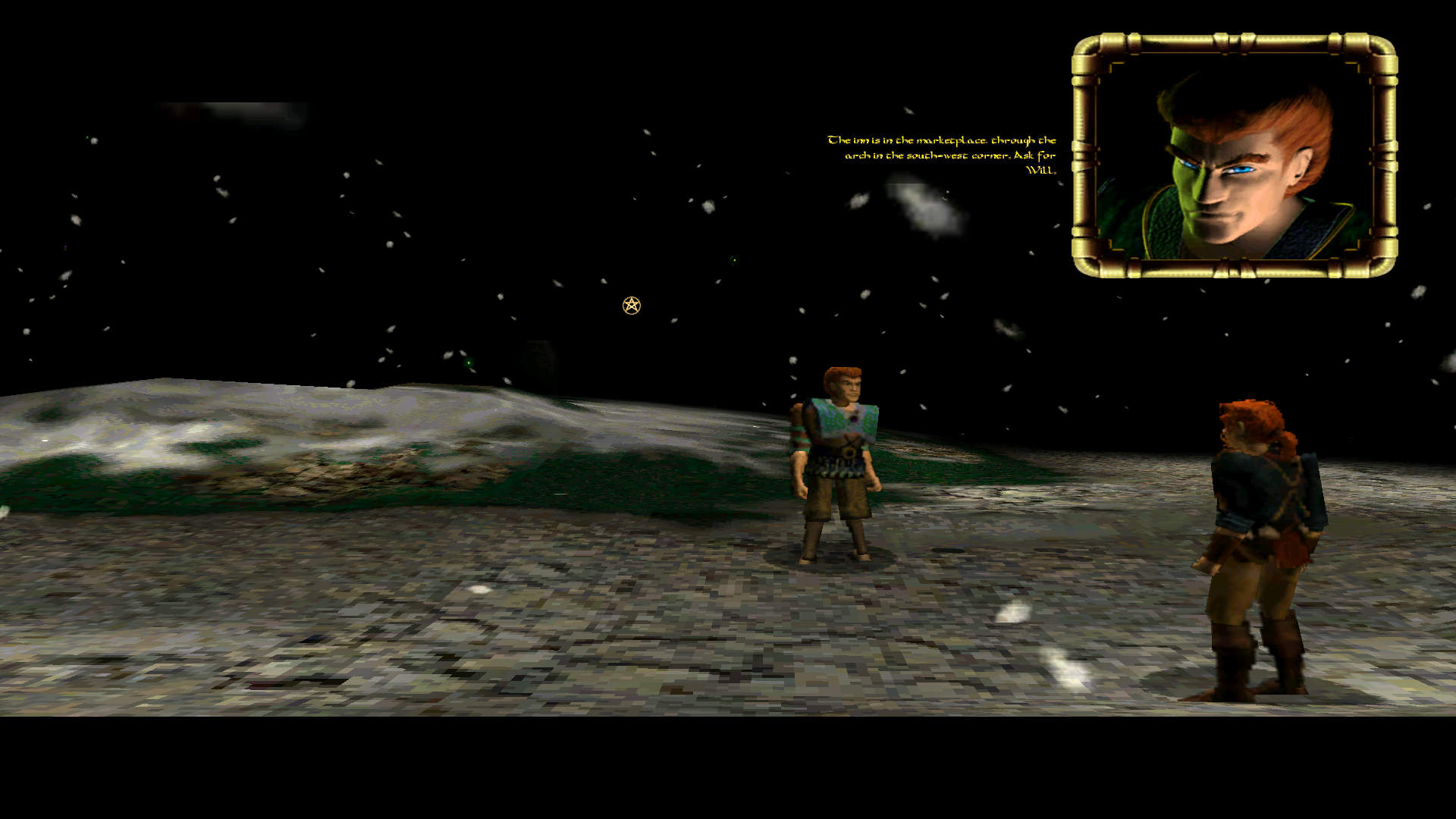 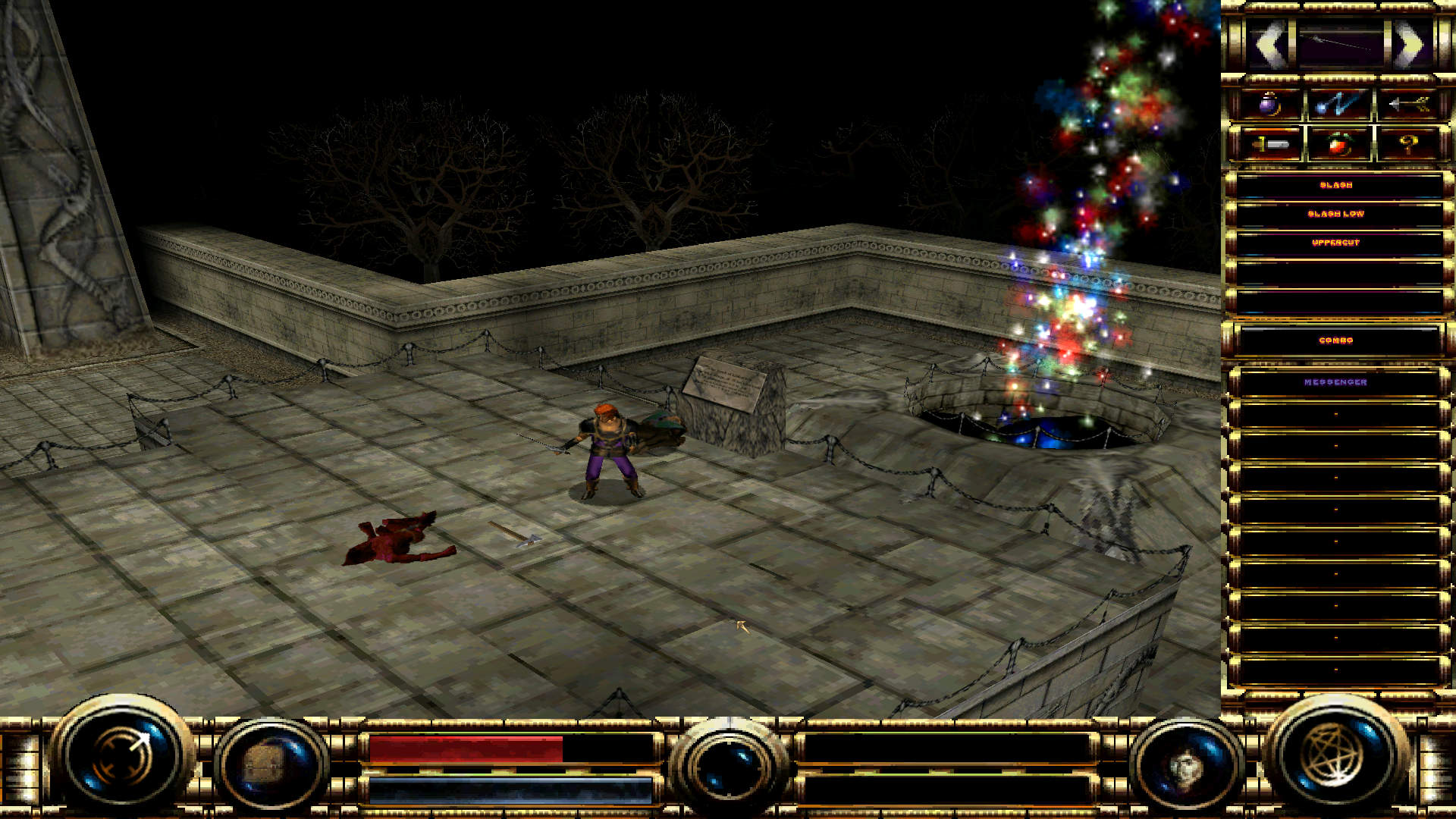 Combat is a completely different beast entirely. Clicking on an enemy will target that enemy. In order to actually damage the enemy you need to either attack with a weapon or cast a spell at your targeted enemy. When you have an enemy targeted, spells and attacks will then automatically target your selected enemy. Each weapon has multiple different attacks available, although you need to have a sufficiently high Combat stat in order to use all attack options for a weapon. It is important to try out all the attack options to find out which one works best. Even the poor knife you begin with can actually perform surprisingly well against the starting first bandits you encounter, if you increase your Combat stat enough to use the "Stab" attack. Most weapons will require you to unlock more attacks before they become truly powerful. 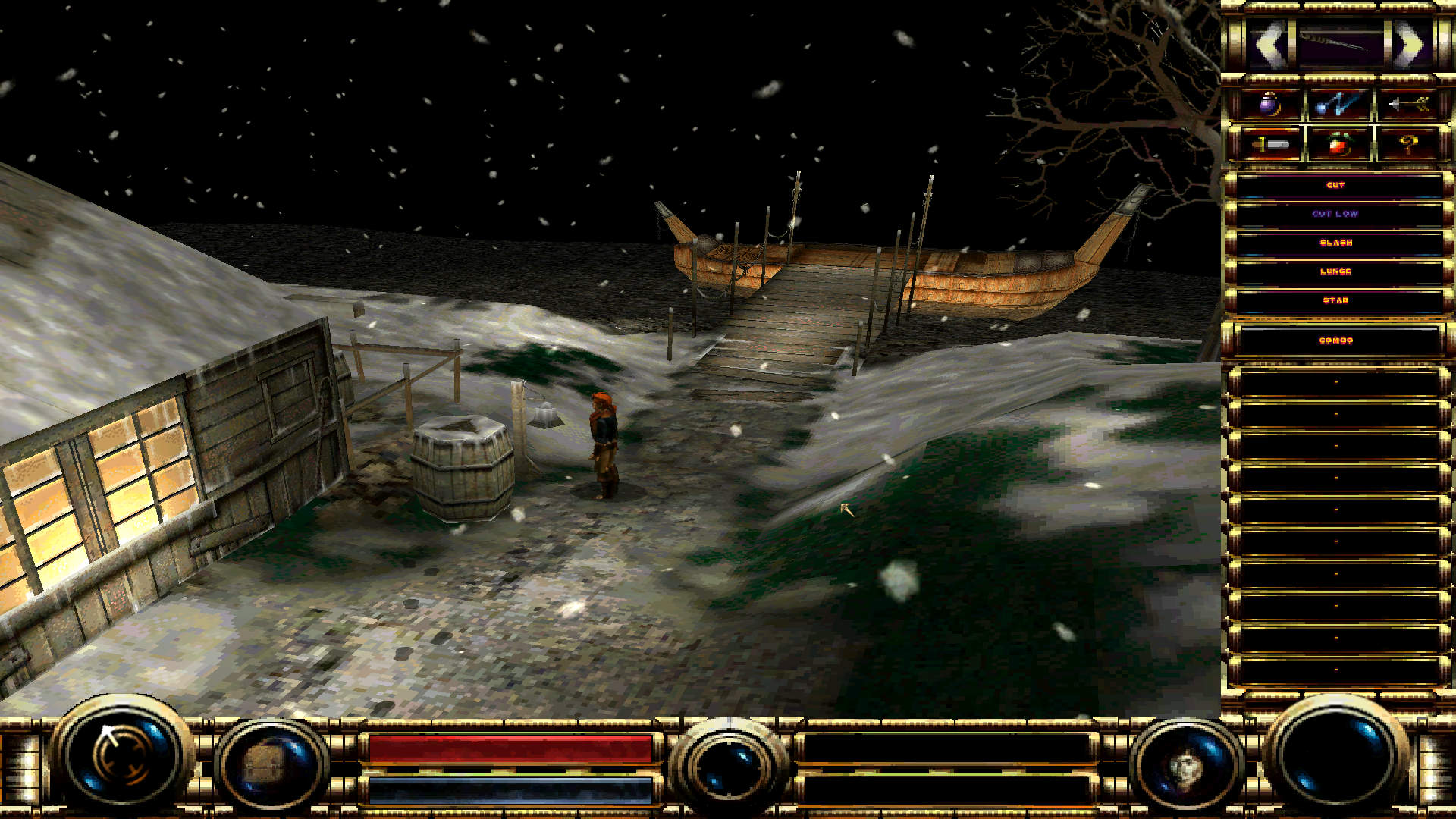 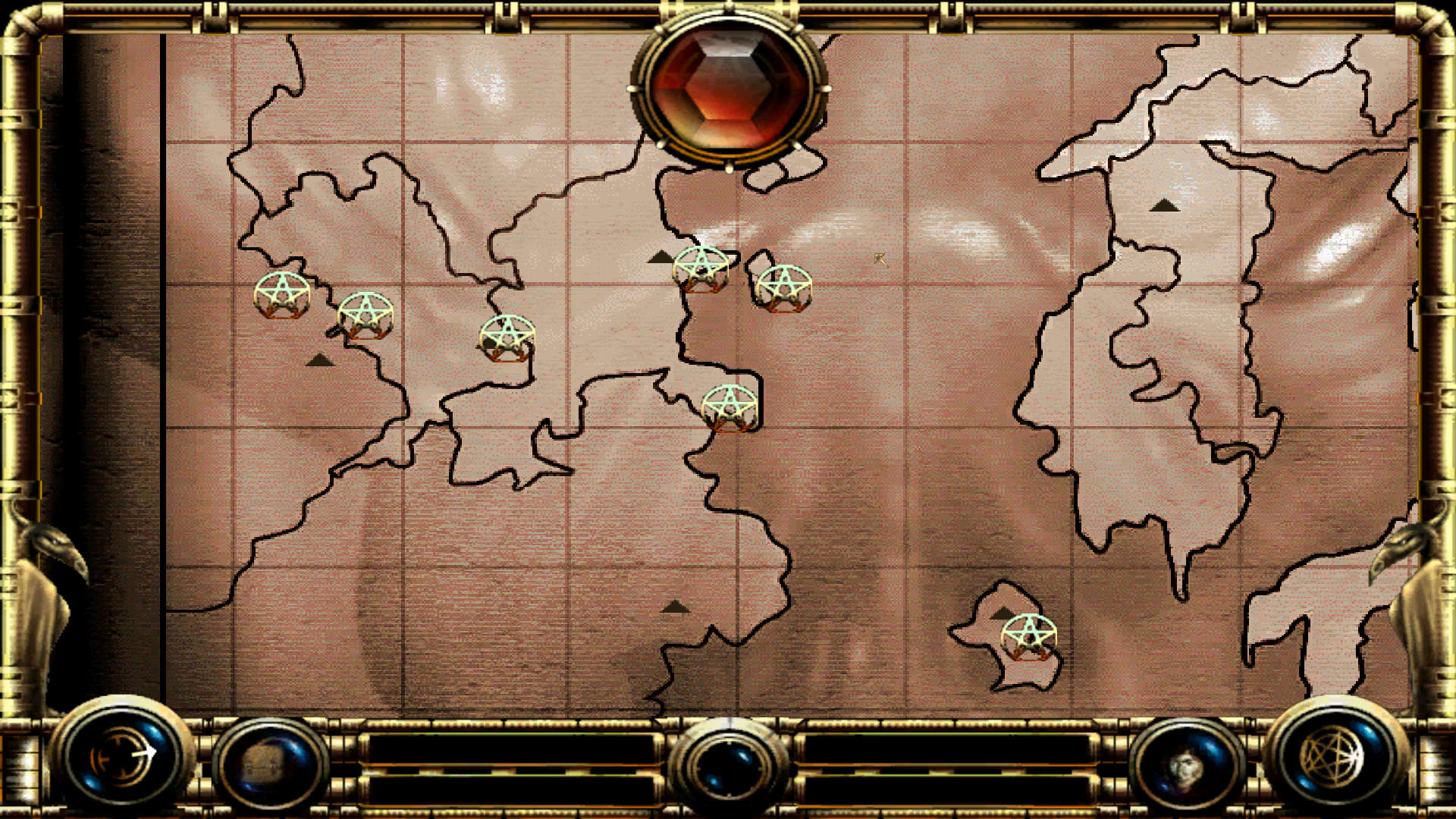 There is one interesting feature in this game, the option to create custom combos. A combo can chain together multiple different attacks, and they can also loop over certain parts indefinitely. This makes combat less tedious as you can simply turn on an indefinite combo until your enemy is dead, and it also makes your character more likely to actually dodge or parry enemy attacks. During the early game I mostly ignored combos, but during the mid and late game I started relying on them most of the time. I would create combos for different types of enemies, with different weapons. This eliminates the need for you to select your weapon, and then select the appropriate attack. Instead you just click on the combo, your character will automatically equip the weapon for that combo and execute the attacks on the targeted enemy. Spells and potions can also be included in combos, although I never did that. 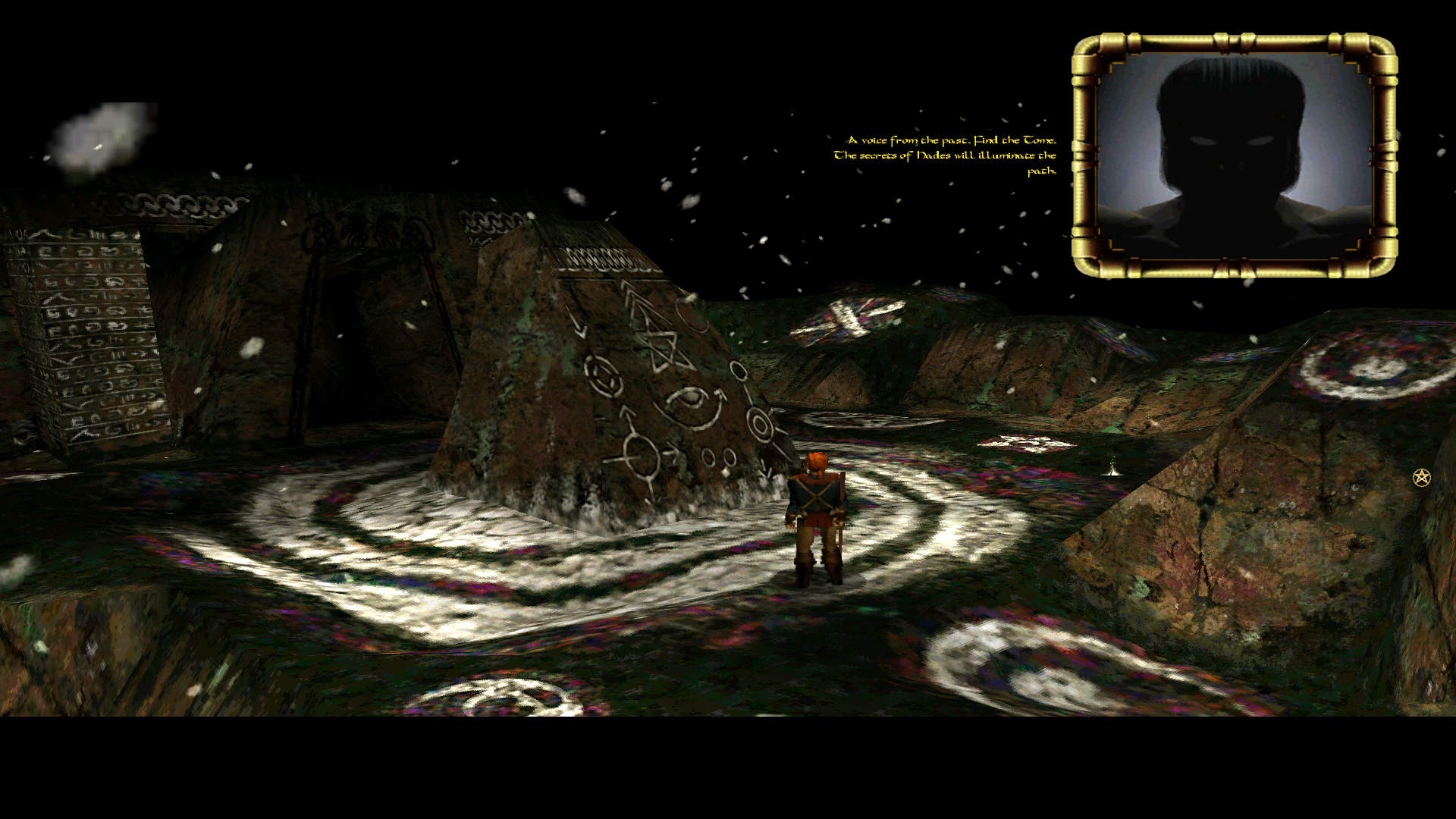 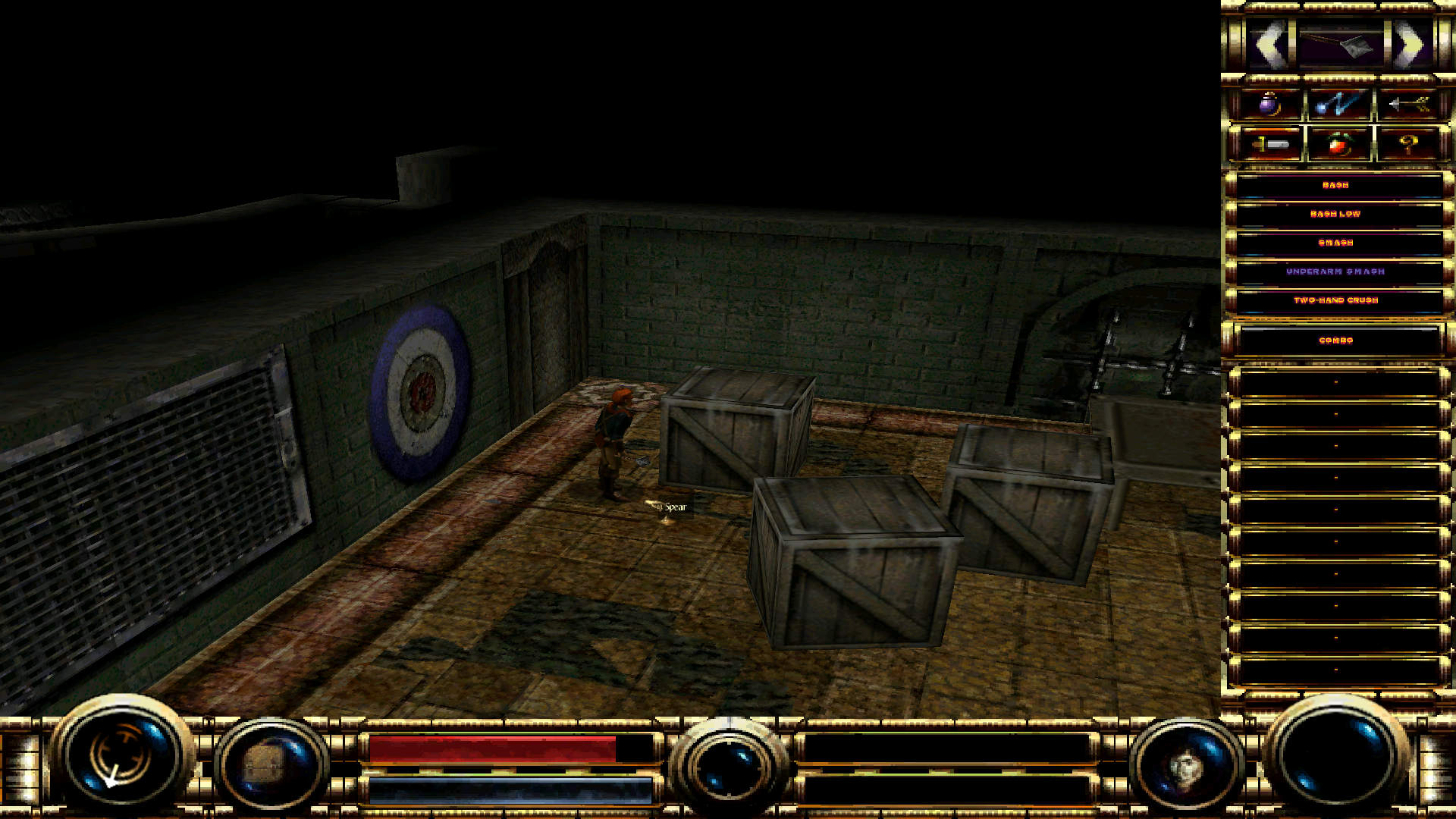 Magic in this game is a very interesting topic. It is divided into five elements: Fire, Water, Earth, Air, and lastly Spirit. Most spells belong to a single element, but some spells actually belong to all five elements. Your proficiency in the elements is called your "Seculorum". Initially your Seculorum start out balanced, meaning you are equally strong in all five elements, you have no special strengths and no weaknesses either. If you favor spells of a particular element, such as fire, then your seculorum will change. The Fire part of your seculorum will grow, but at the expense of another element, which will shrink. As your focus on Fire grows, you will take less damage from fire, and eventually you will actually be healed by fire spells. Additionally, all spells of this element that you cast will be greatly enhanced. However, the weakened element will damage you a lot more as you develop a strong weakness, and your own spells of the weakened element will do little damage. This means that specializing in a particular element carries a both rewards and risks. There are some spells that use all elements, these spells are useful for those who wish to ensure that their Seculorum remains balanced while still casting spells. 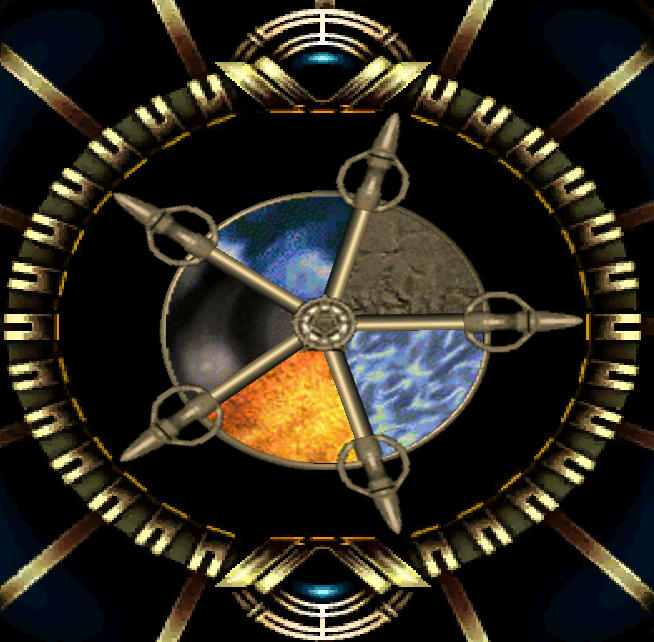 Without spoiling too much of the plot, I will say your access to magic will be severely limited for the early part of the game. After a certain point in the game, you will start to gain access to magic properly. Up to that point, you will be able to use scrolls giving you some magic before you unlock your own potential. I like this magic system, how your power in one element will grow by using it, at the expense of another element. There are also some weapons that have the ability to cast a spell or two. These weapons are extremely useful as it does not cost any mana to cast spells this way, and it also does not change your Seculorum. I strongly suggest to hang on to any such weapons you find. 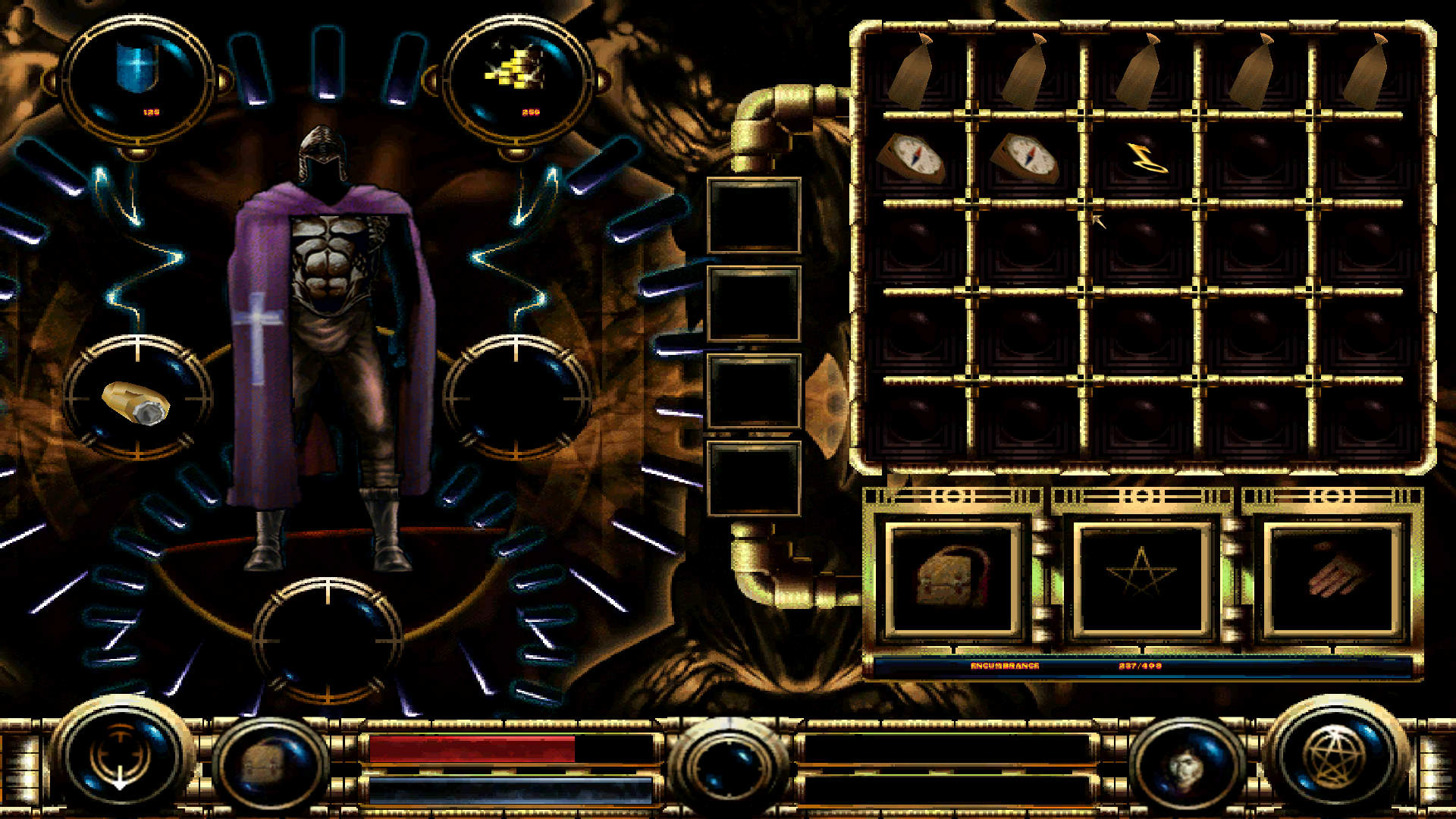 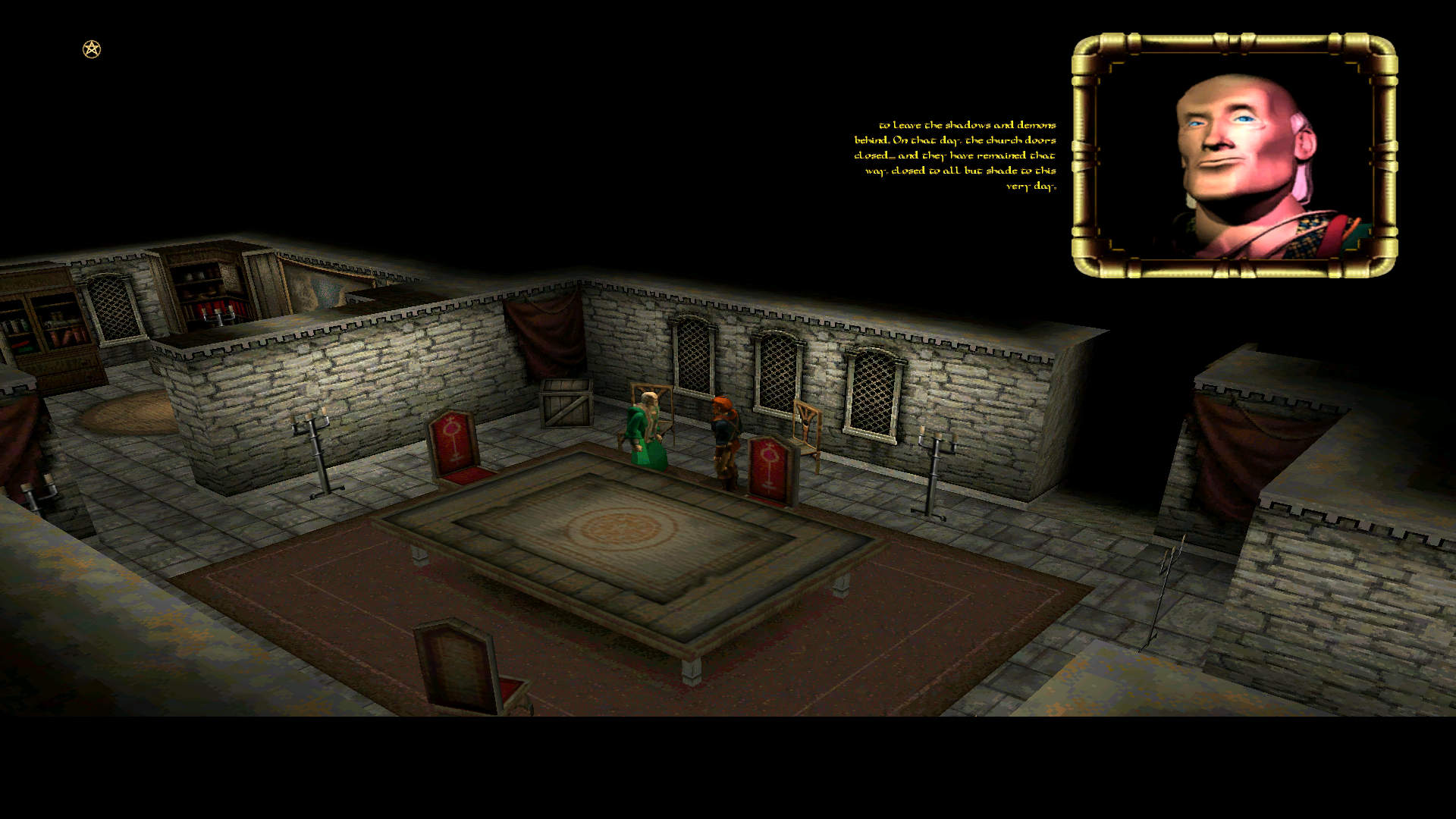 As with most games of the time, the game world is mostly consisting of square areas. You can cross between connected areas at specific places, which will trigger a loading screen. The view distance in this game is very short, which makes it a bit challenging to explore some areas completely. Personally I don't mind this as the short view distance combined with the distant darkness really give you a sense of being alone in a dangerous place as you are exploring. The ambient noises are also very well designed, adding to the sense of being alone out in a dangerous place. I personally love the exploration in this game, I find it to be both an immersive and rewarding experience. However, if you are trying to ensure you find every item that can be picked up, then you will probably experience some frustration. The good news is that there is a spell available that will guide you to any item in an area. 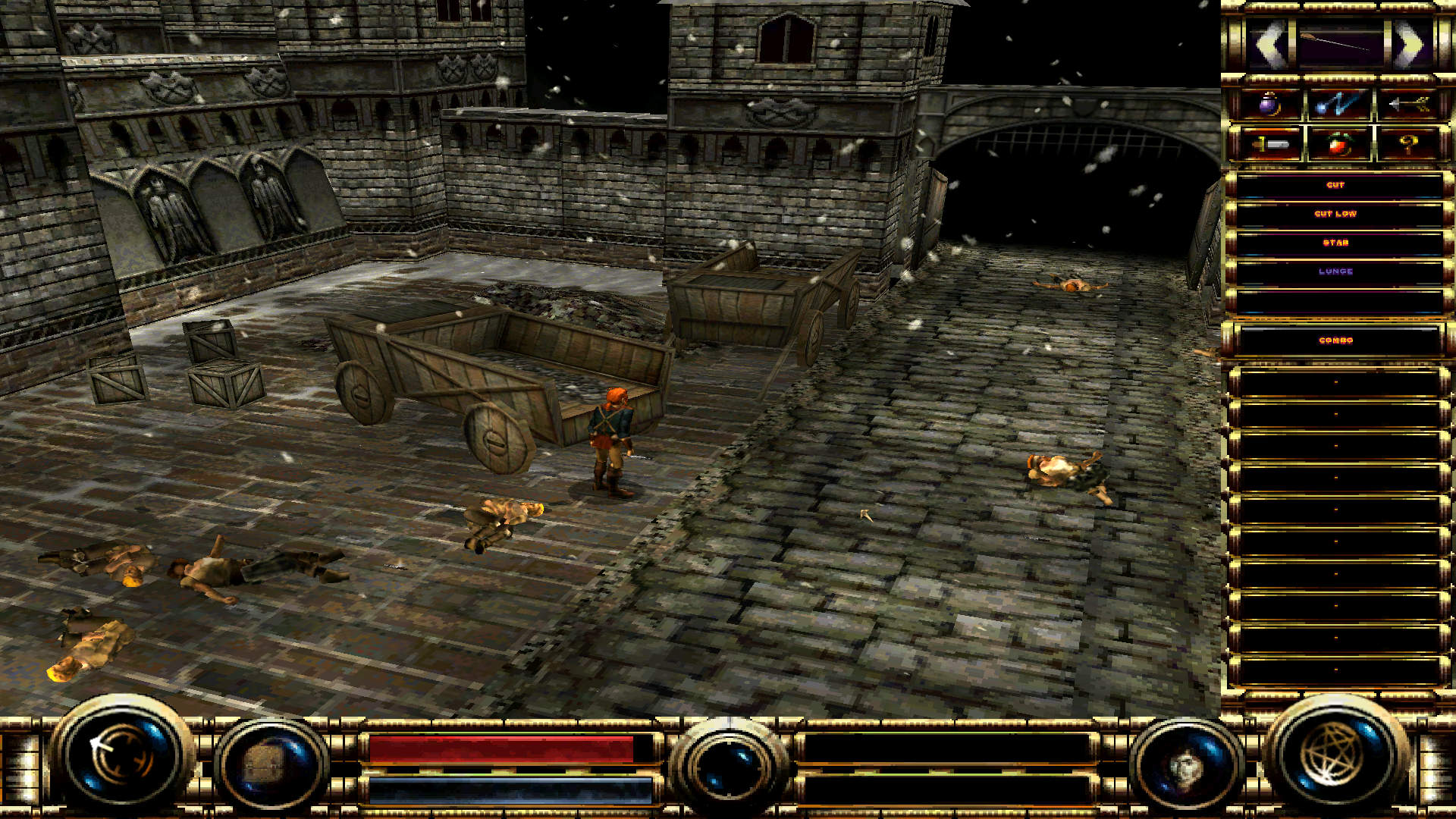 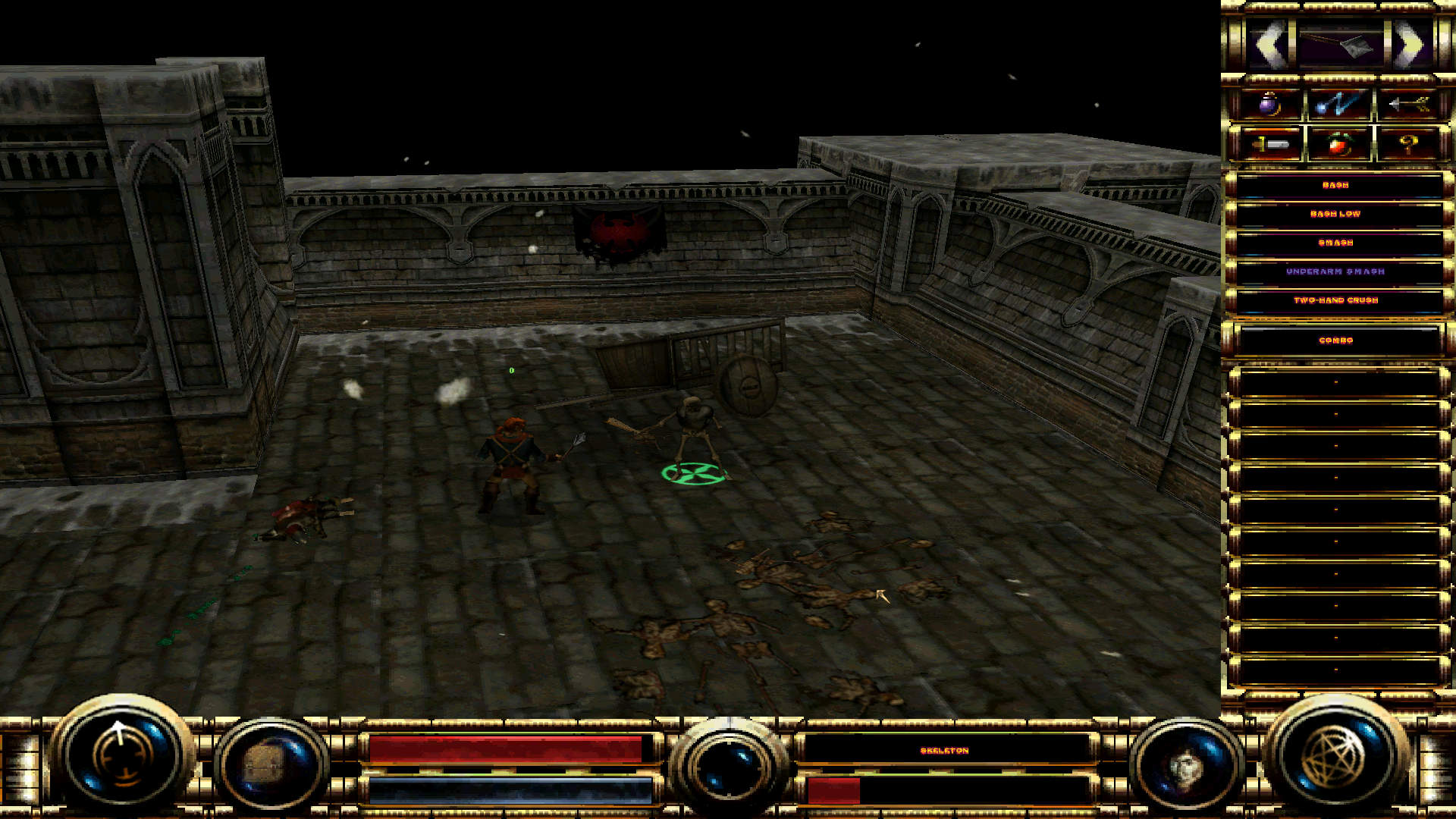 The place where this game really shine is the game story and the rich history of the game world. You begin as a young man who recently lost his father. Your father's last wishes were that you travel to the village of Madrigal to find your uncle. As you arrive in town by ferry, it is late and most houses are locked. You are then left to explore the town and find your uncle. All dialogue in the game is voiced, which is surprising for a game this old and for the most part the voice acting is quite good. Interacting with the NPC's in this game is obviously one important way to learn more about the world, but there is also a wealth of information available within the books that can be found in this game. Most of the lore is obviously not important in order to complete the game, but it adds a lot to the immersion if you take the time to read.

As the game goes on, I always find myself impressed by the scale of the story. You were just a young man, not really knowing what you were looking for. At the end, your actions are of paramount importance to the entire world. I suppose this is a bit of an overused type of plot, but this game executes it wonderfully. 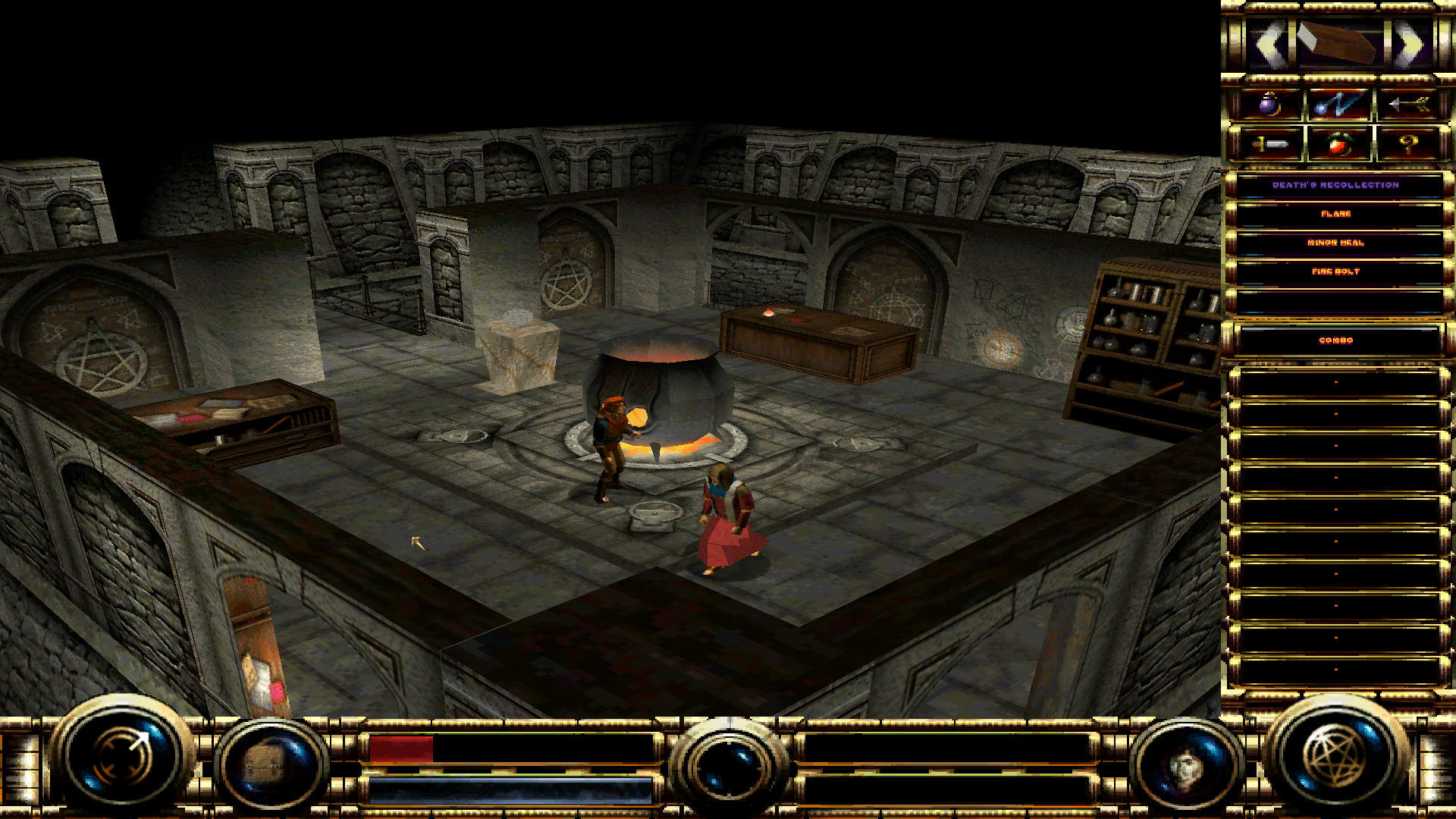 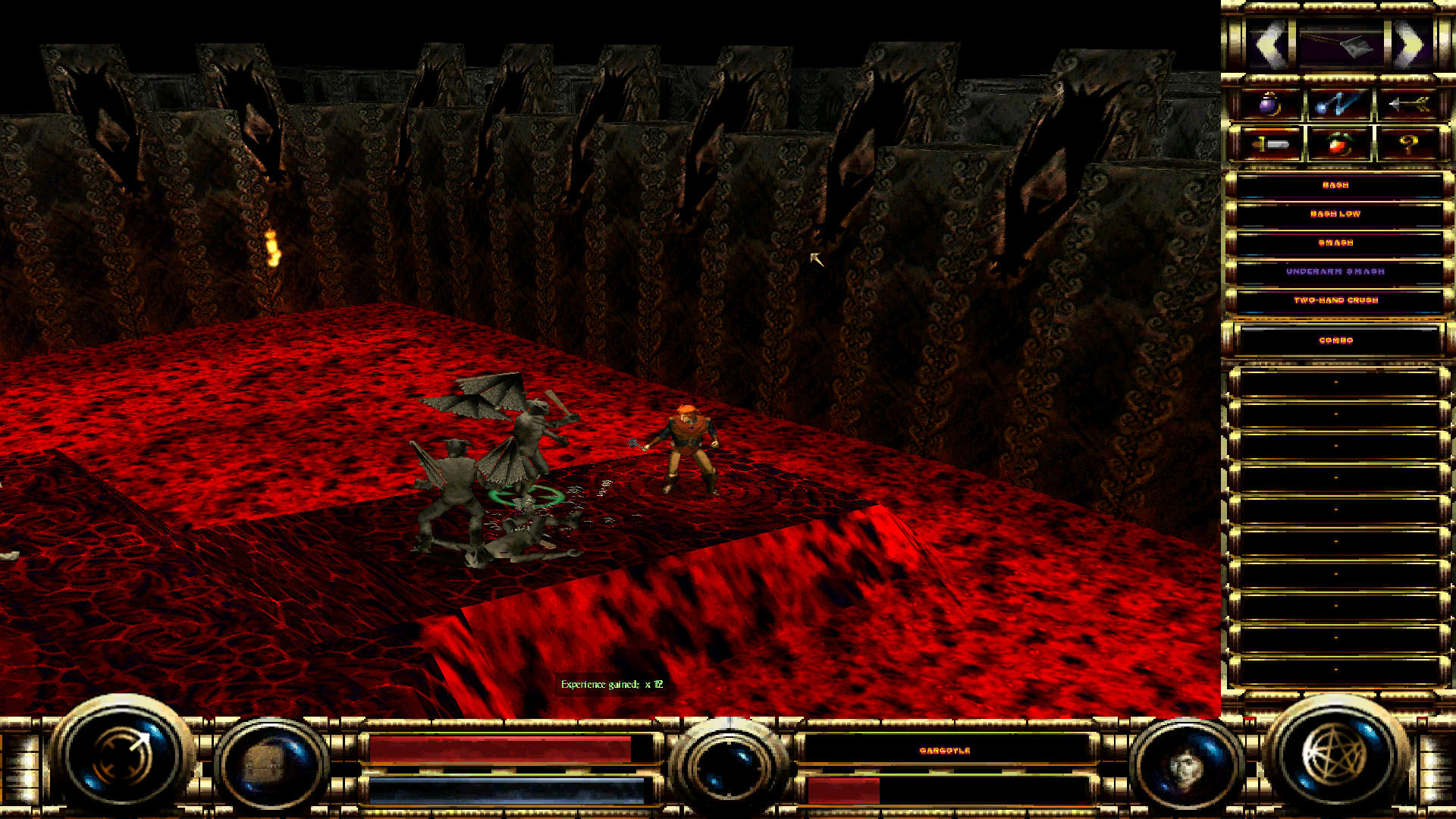 I will admit that this game might be difficult to like at first, but it is so worth the initial effort. This game is a true hidden gem, and it deserves so much more attention. If you ever find yourself with the chance to play this game, do yourself a favor and give it an honest try. Words can't do this game justice, it needs to be experienced. 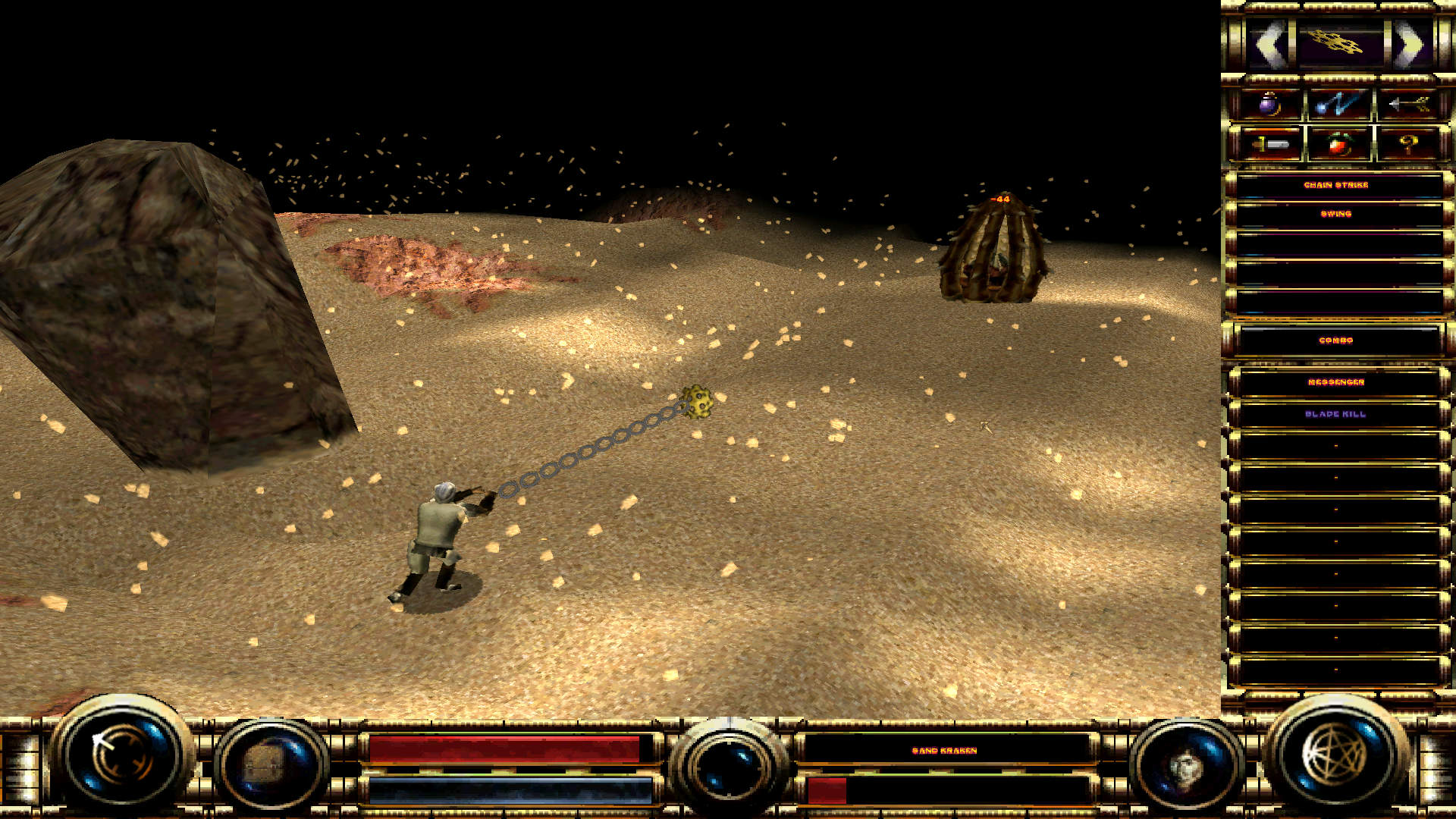 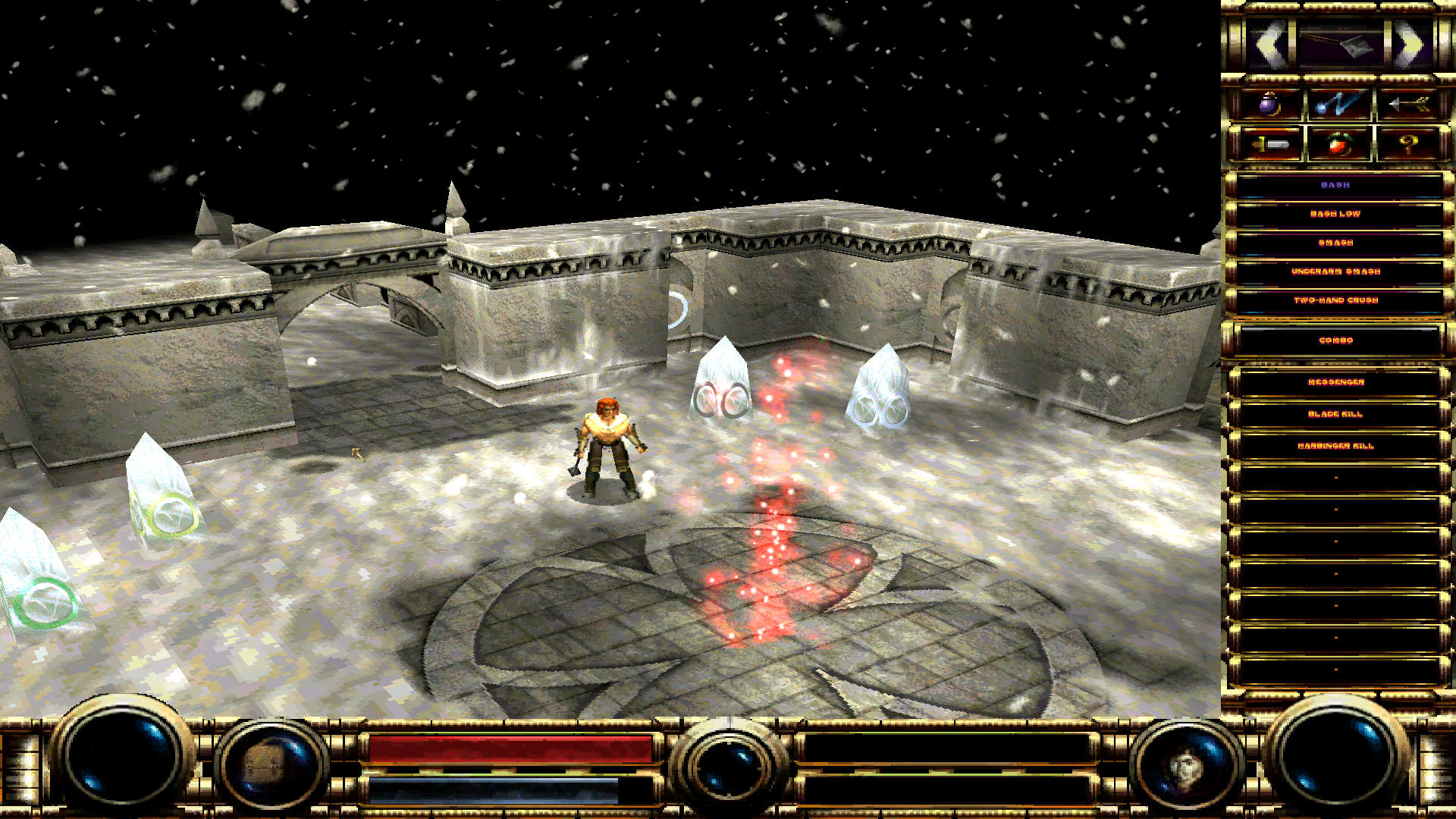 Play this game, and experience the journey of a young warlock on a quest of great import. You will find mystical artifacts of legend, and unlock great powers. This game truly takes you on a memorable journey. In case it's not clear by now let me just clearly state that I can't praise this game enough.