Dark Crusade is the second expansion for Dawn of War, and this is where the series definitely took a turn for the better. Not that Dawn of War was not good before Dark Crusade, it's just so much better after Dark Crusade.

Released in 2006, this expansion added two new factions, as well as a completely new campaign with a unique mechanic. Let's talk about the campaign first, because it really is what makes Dark Crusade shine. Previously, the campaigns would feature linear progression through the story missions. However, for Dark Crusade, you wage war across a planet, and it is up to you how you wage that war. The planet map has turn based gameplay. Each of the factions get their turn to move their armies, or attack. During your turn, you can fortify your conquered provinces with more troops, and you can move your army to attack. When you attack a province, or defend one of your provinces from enemy attack, it plays out as a regular skirmish map. The difficulty depends on the strength of your opponent. If you attack a heavily fortified province, you might have to defeat two enemy bases, as well as powerful armies. A weakly defended province will only have a single base, and basic infantry. Some provinces provide a special ability to whoever owns it, and the fight to take such provinces will usually feature special objectives. 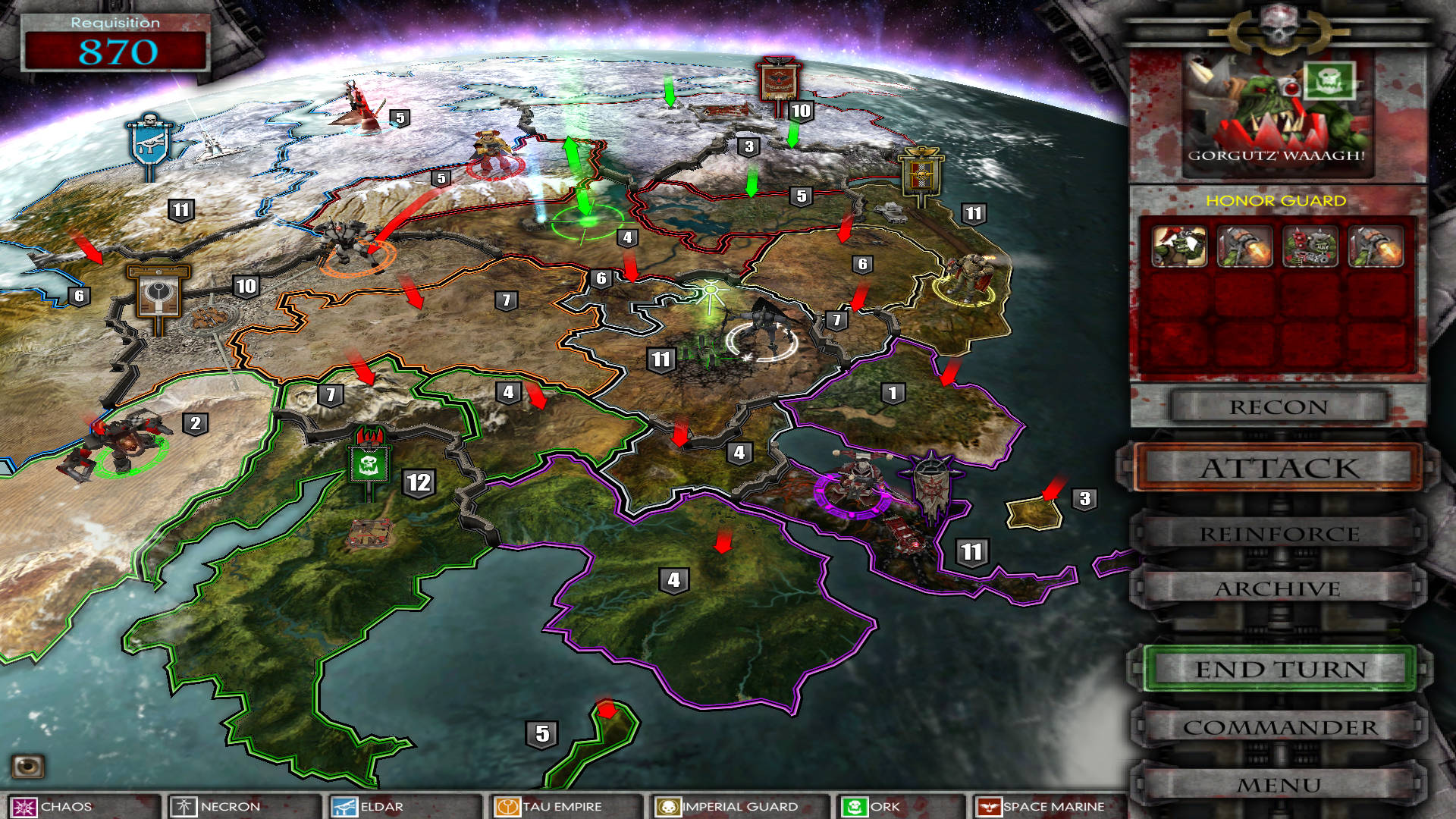 Each faction has a home province, and conquering the home province of a faction will eliminate them from the campaign. Attacking a faction's home province is not like the usual skirmish matches, and you will usually have a lot of special objectives to complete. There is a lot of dialogue in these battles, fleshing out the story of the campaign. Once you have defeated a faction's home province, any other provinces they owned will still be under their command and must be conquered normally. However, they will no longer have an attacking army so they can't expand their territory. Aiming for the home provinces is a way to ensure that you will suffer fewer attacks in the long run. 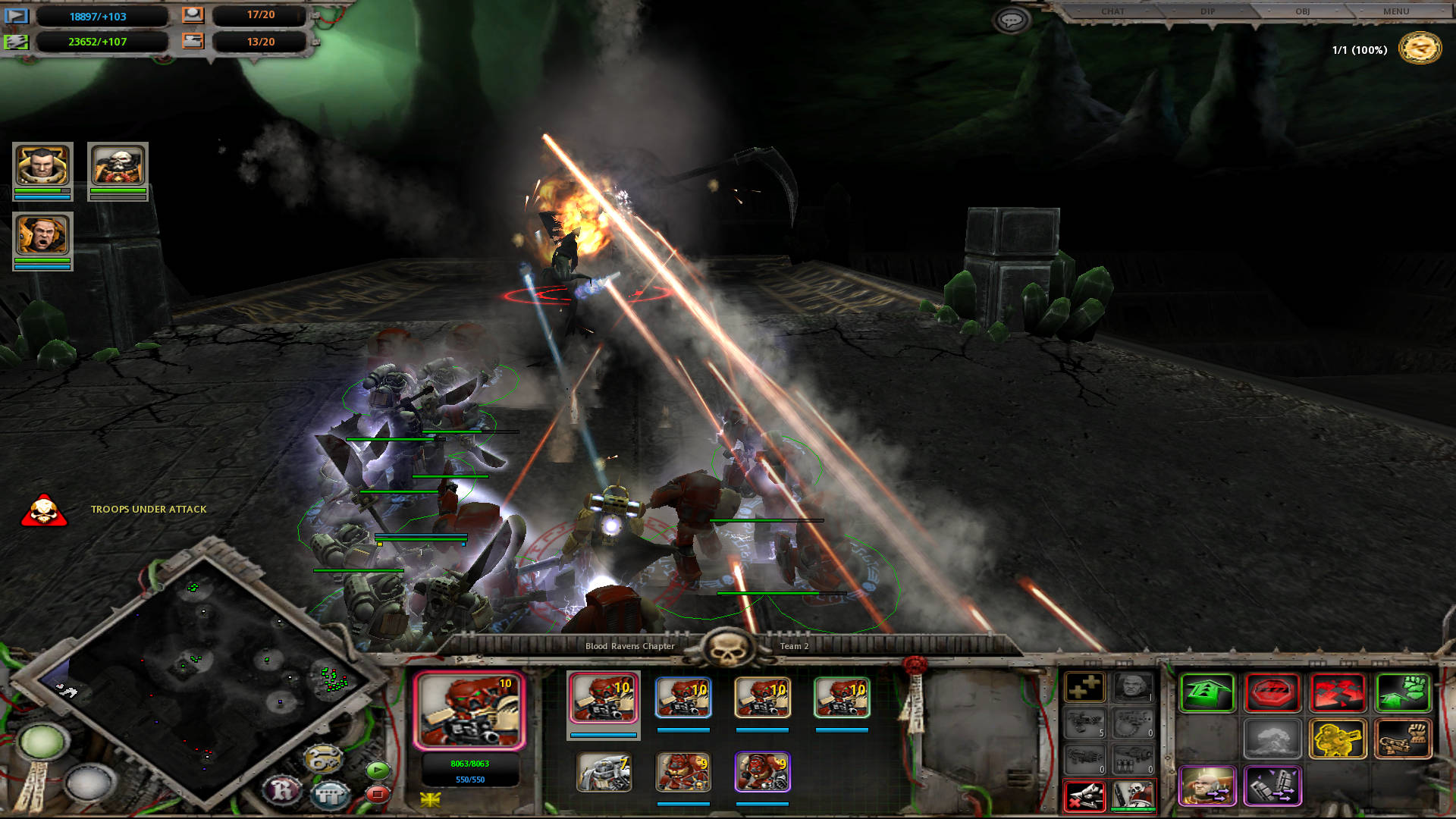 In true Warhammer 40.000 style, all factions are enemies. When you only have a few provinces under your command then you will not always be targeted by your enemies as they might focus on each other. Once you start to dominate the planet, you become the biggest target and will definitely suffer more frequent attacks. One thing to note is that any structure you build in a province will still be there when next it is attacked. It might be tempting to rush the enemy for a quick victory, but building a strong base will make it much easier to defend the province in the future. This is important to keep in mind if you know that a province will remain at your front line for a while. Any provinces that are deep in your territory are generally safer, except for one thing. Normally, you need to have your army adjacent to a province before you can attack it. But there is a space port on the planet, and the commanding faction will be able to attack any province without needing to move their army adjacent first. Only home provinces are safe from this. Once you gain control of the space port, you will no longer need to worry about attacks behind your front line as you become the one capable of such assaults. 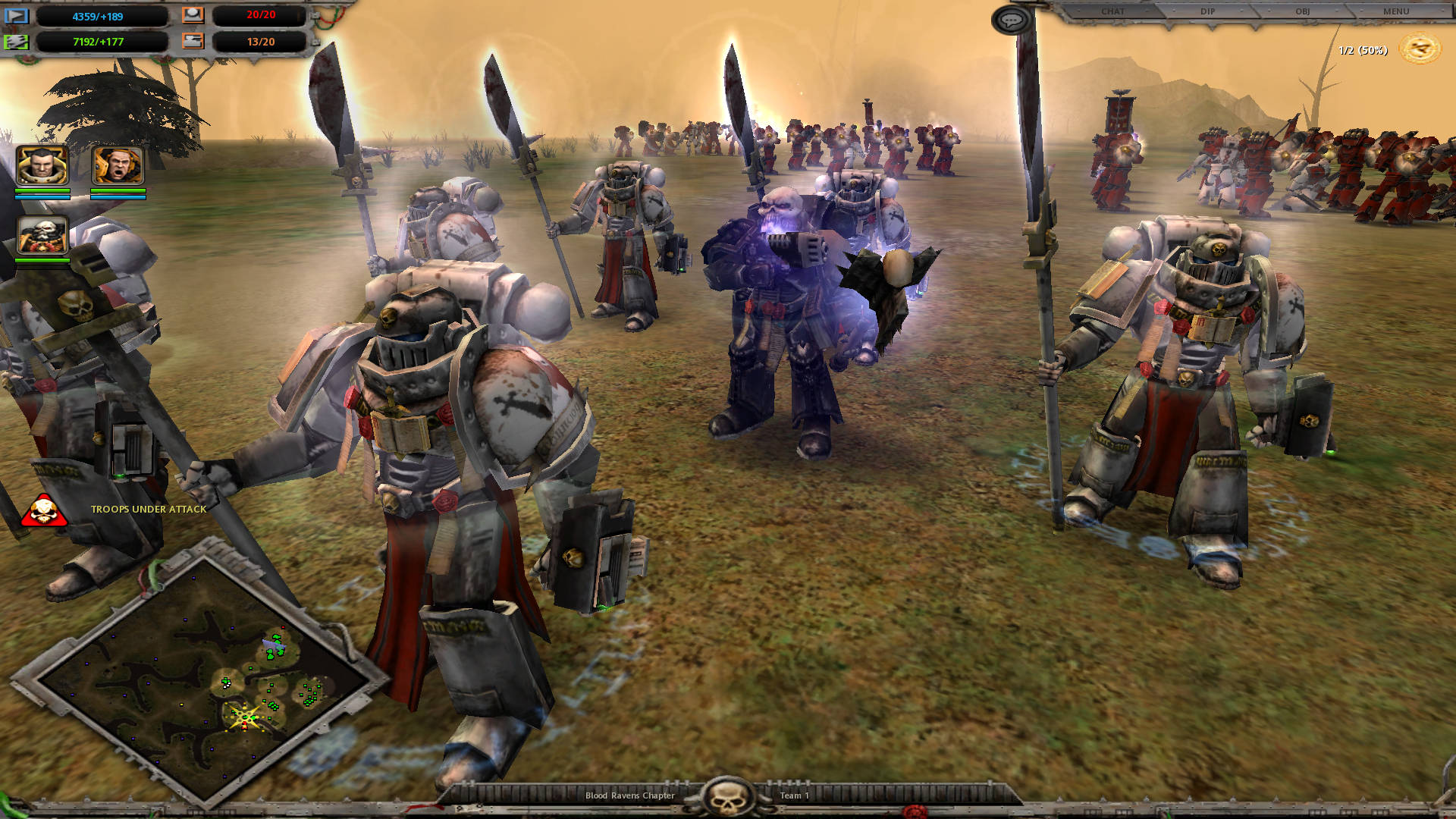 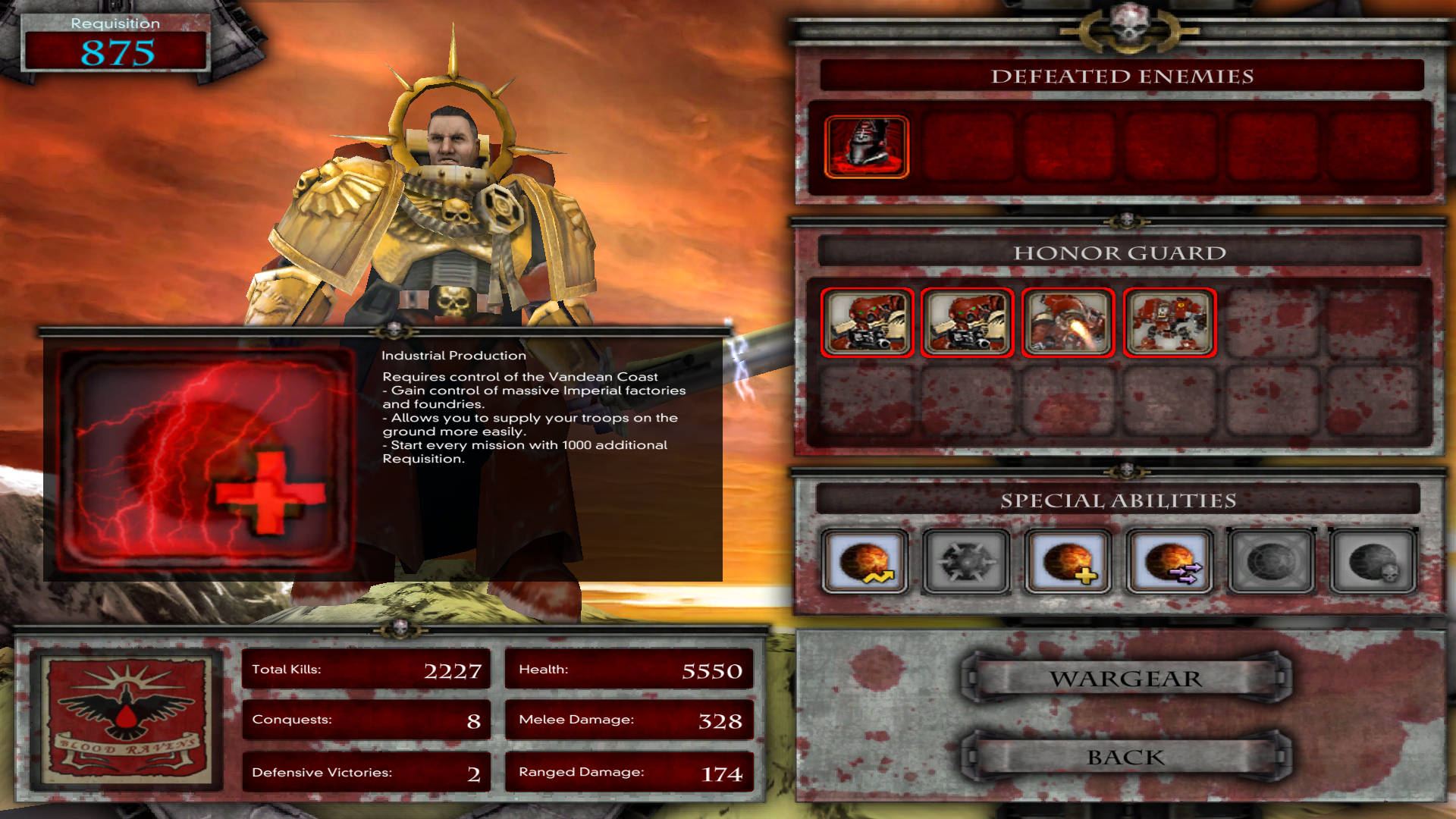 Your commander can field an honor guard. You unlock more honor guard units by conquering provinces. These units must be purchased with planetary requisition and they will follow your commander. This means they will be available when you attack enemy provinces, which is very important for taking on the more difficult enemy positions. The honor guard units are usually elite versions of normal units, or vehicles. In fact, with a strong honor guard you will usually be able to rush all the normal province battles with ease. 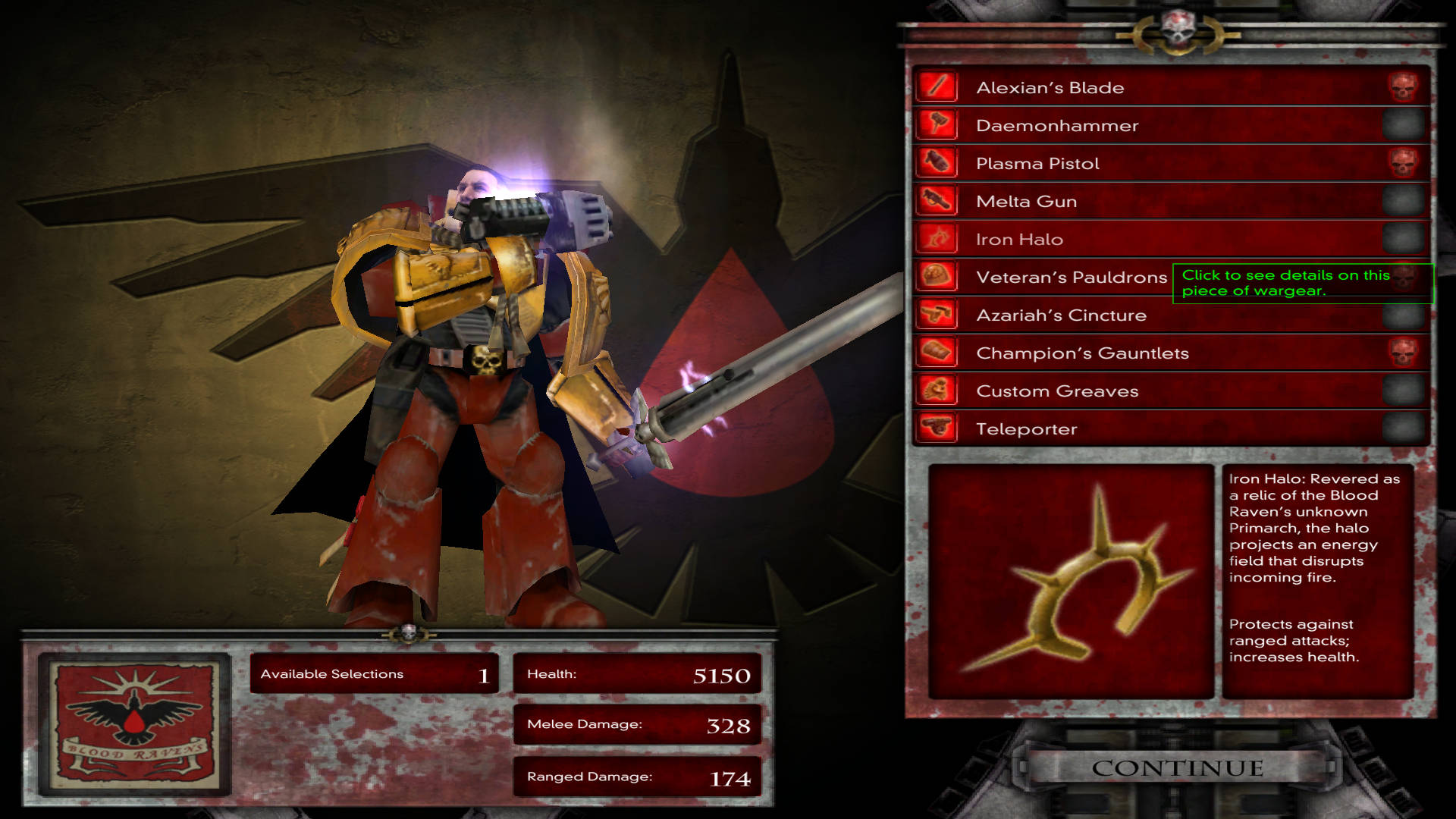 There is one last thing I have not mentioned regarding the campaign, and that is wargear. As you complete certain objectives, such as conquering a number of provinces, or successfully defending your own provinces, you will unlock new wargear. The wargrear is equipped by your force commander, and will usually bestow direct combat bonuses by improving health or damage. Certain wargear will bestow other abilities such as detection or teleportation. Each faction's force commander has unique wargear, and it will transform the force commander from a capable combatant into a one-man/woman army.

Dark Crusade features two new factions, the Tau and the Necrons. The Tau is technologically advanced alien empire that excel at long range combat. Most of their ranged units will outrange all other troops, including static defenses and even anti-vehicle weapons. They also have a larger selection of troops that can be infiltrated, even a vehicle in this category, something which is very useful against armies with fewer detection options. 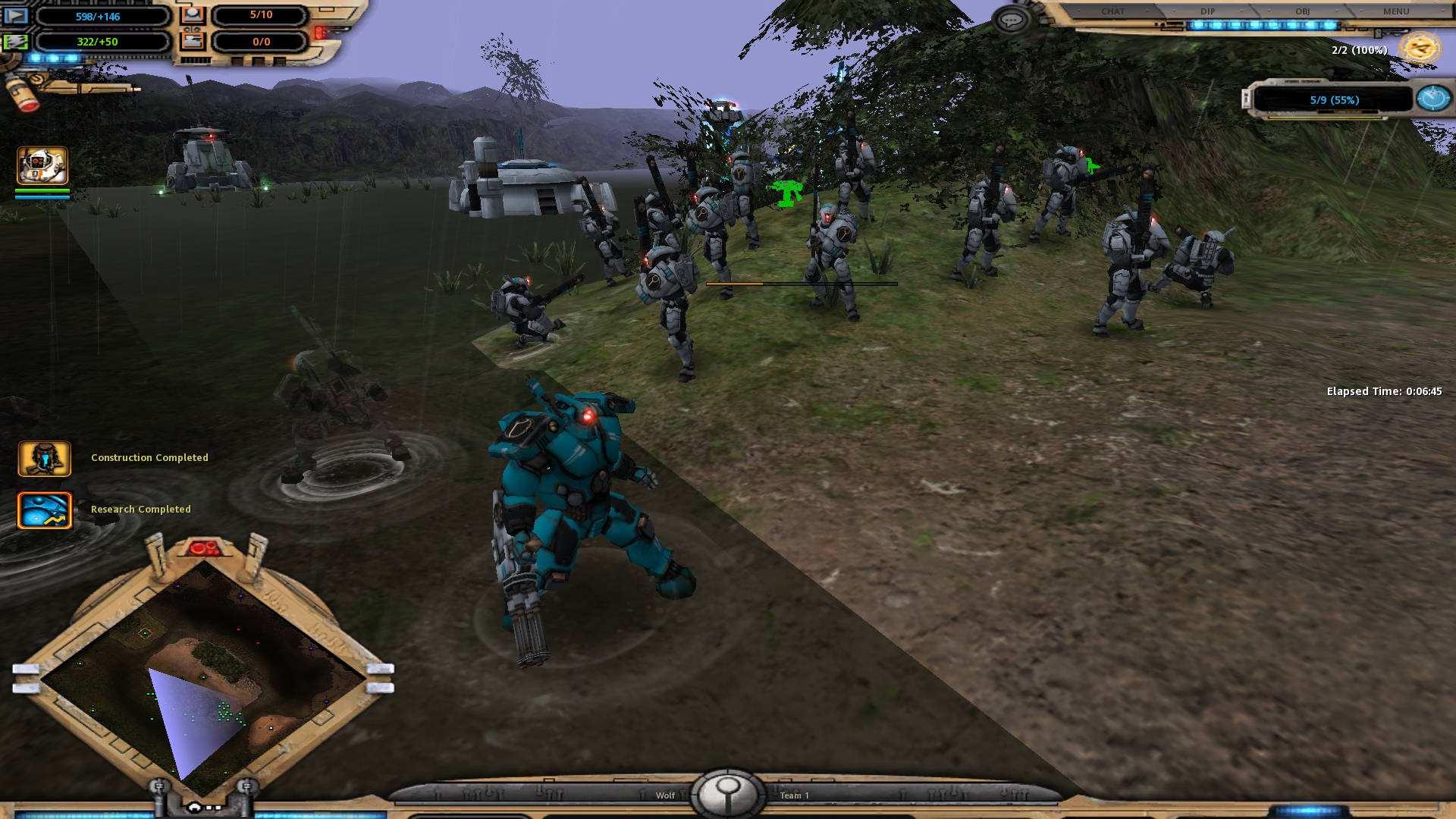 The other new faction is the Necrons, undead machines that wish to destroy all life in the galaxy. Most of their units are a bit slow, but extremely durable. After dying, some units can resurrect and fight again, meaning you should never leave yourself undefended if you face them. The Necrons do not use the requisition resource, instead gaining production and research speed boost when they fortify strategic points. The only resource they need is power, making it a very unique experience to play the Necrons. 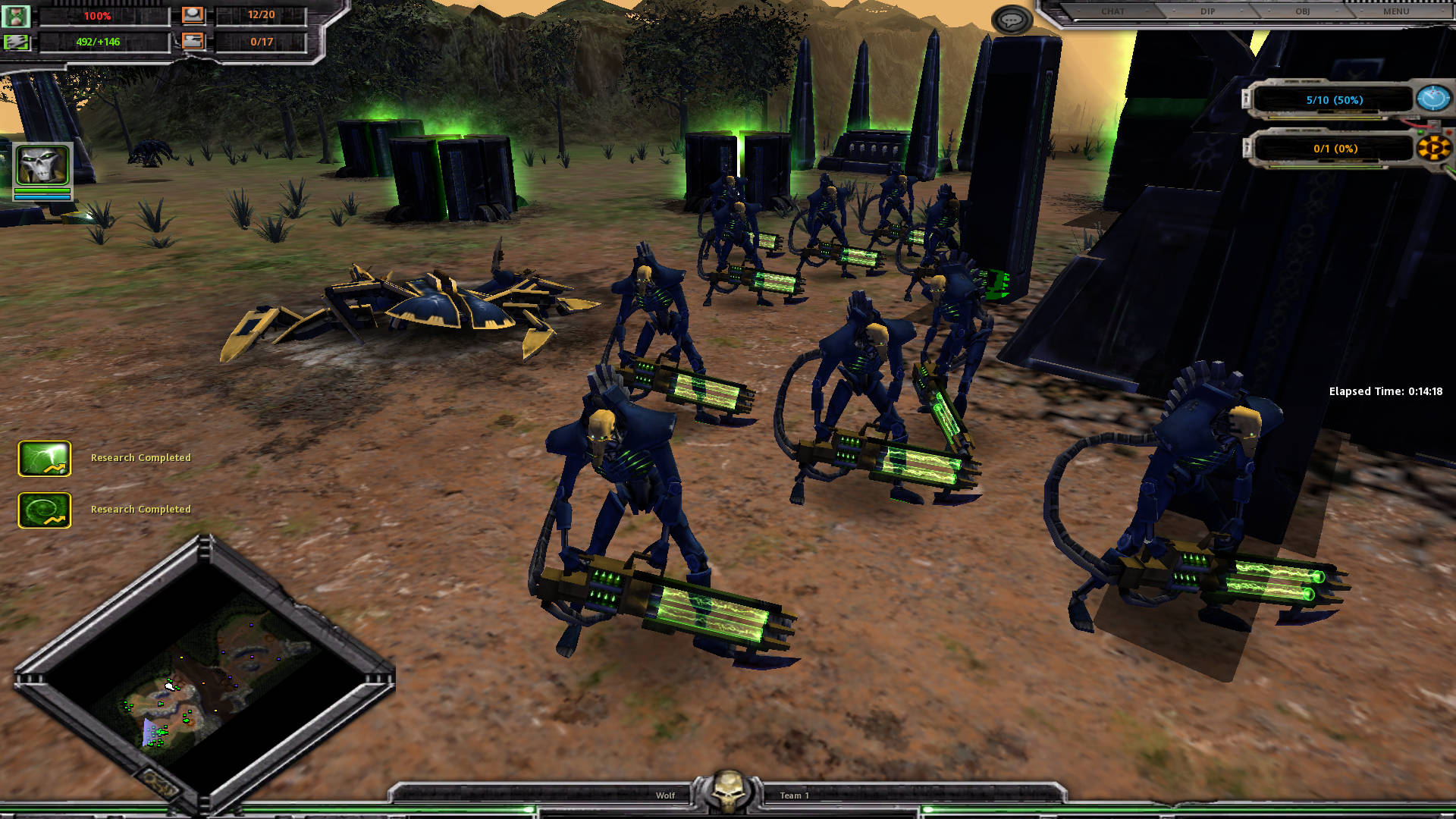 This expansion is a must-have for Dawn of War. The new factions are awesome, and the single player campaign will play out differently each time since it has no linear progression. Warhammer 40k fans should also be happy to see more factions from the tabletop game.

Dark Crusade is also a standalone expansion, which means you can play the campaign and skirmish without needing the original game. In multiplayer you would only have access to the Tau and Necrons, to unlock the other factions you would need the original game, as well as the Winter Assault expansion. But if single player is all that interests you, then you get it all just from this expansion.