Warhammer 40,000 is a tabletop miniature wargame, something young me dabbled in for several years. The one thing that kind of stopped me was the fact that you need to paint the miniatures yourself, and I have absolutely no artistic skill at all. I did try to pain some Blood Angels Terminators, and they turned out really terrible. Thankfully, Relic released an RTS adaptation of Warhammer 40,000 in 2004, Dawn of War! For me, this was an excellent opportunity to wage war with my Space Marines without the need to paint miniatures. 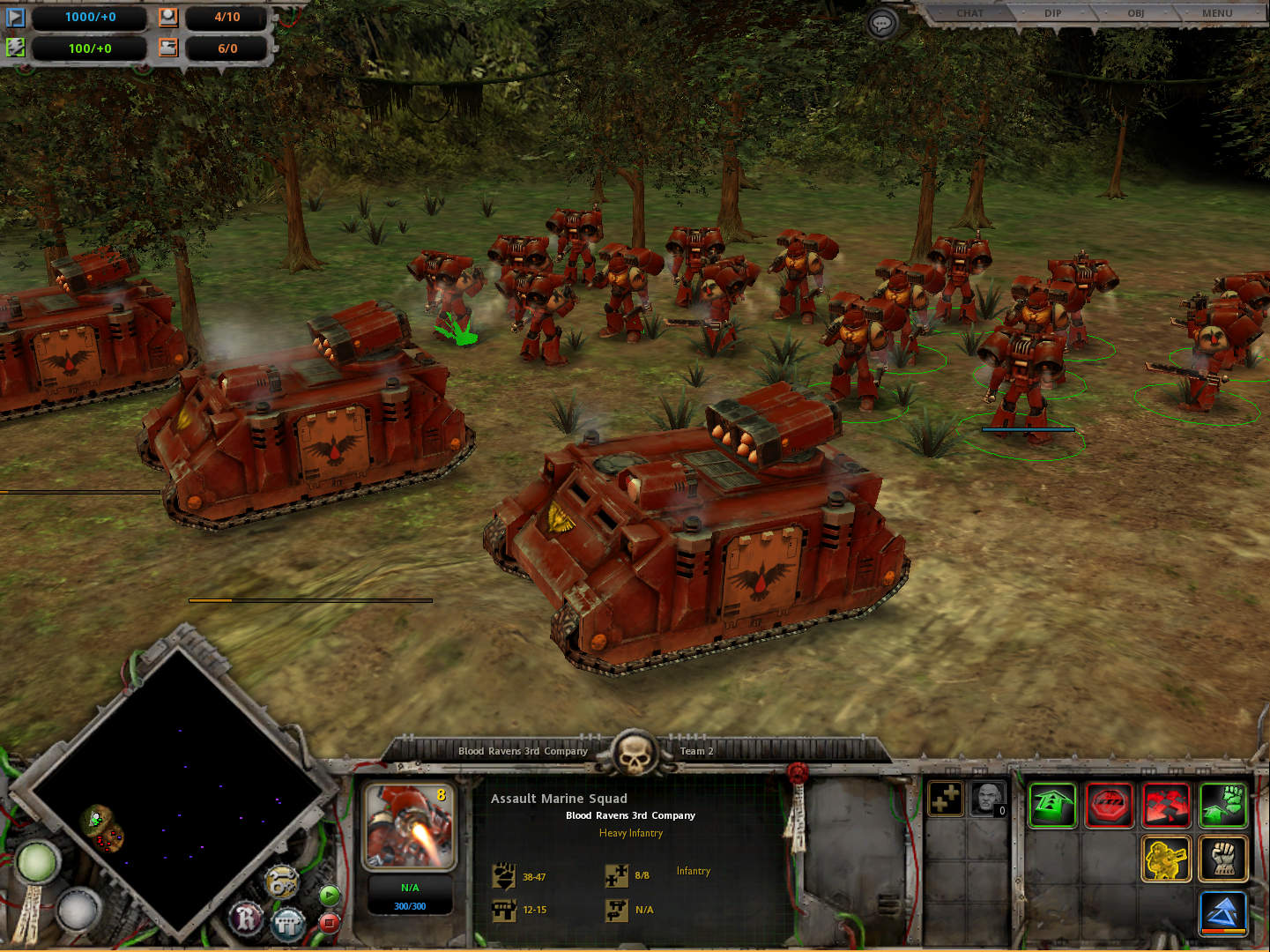 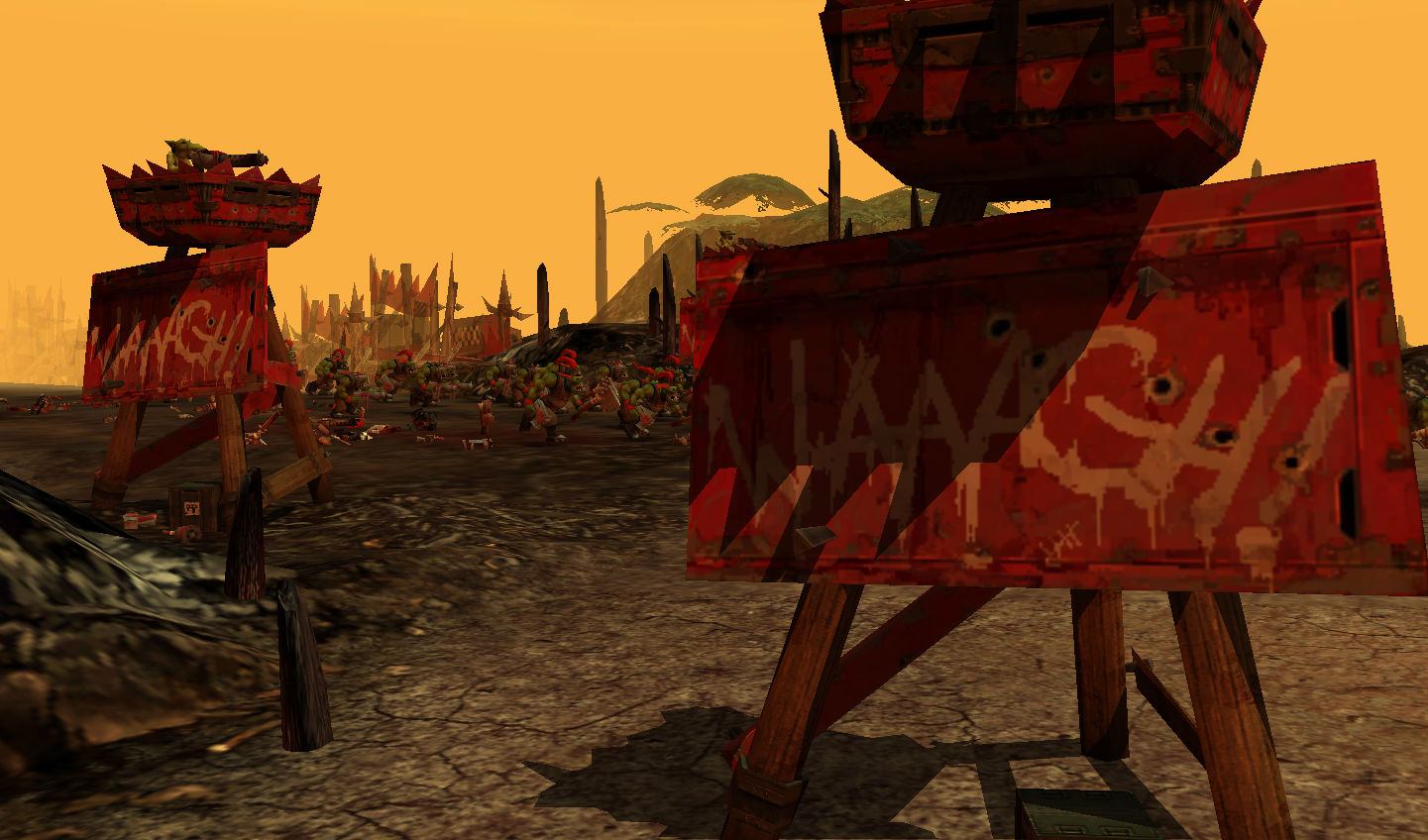 This game is a real time strategy game, although it does take one big step away from the norm of the genre. There is absolutely no resource gathering at all, not that there are no resources in the game, you just don't gather them with units. The two resources are requisition and power. Requisition is automatically generated with time. Capturing strategic points on the map will increase the requisition generation. Building listening posts on the strategic posts will further increase requisition generation. It also makes it impossible for enemies to claim the point without destroying the listening post first. This forces players to be aggressive and claim points. If you stay in your base and let your enemies claim most of the points, they will have a significant advantage over you. Requisition is used for absolutely everything you want to make, both units and upgrades. 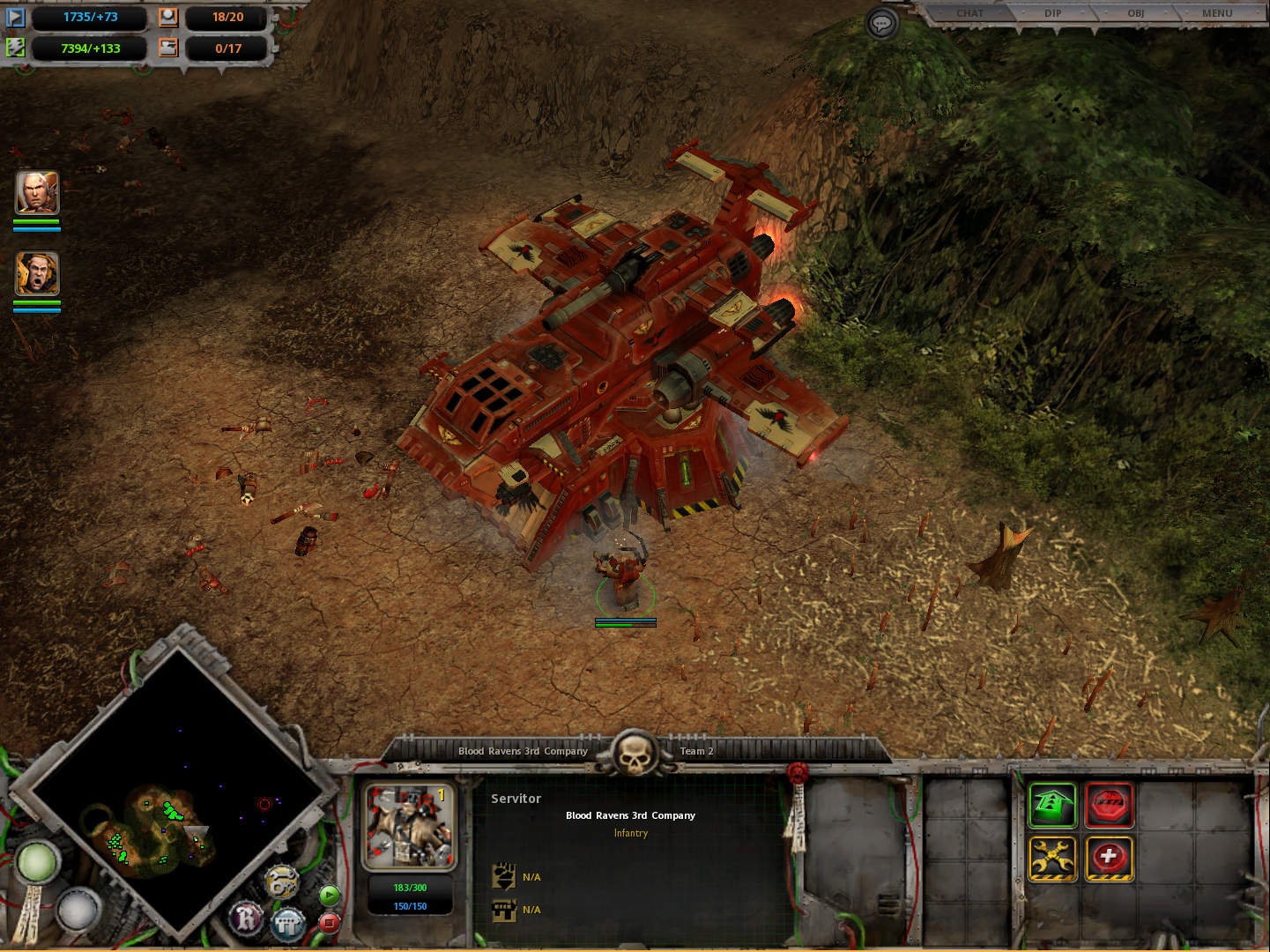 Power is the other type of resource available, and this is generated by building plasma generators. You can build up to six plasma generators. If you want more, then you will need to construct an additional HQ building, which will let you construct six additional generators. Some maps will have a feature called Slag deposits. These are rare, and not all maps have them. On these deposits you can construct Thermo plasma generators, these generate a lot of power and is a significant boost to your economy. Power is not needed for all units and upgrades, but all the more powerful troops will require power. Vehicles, in particular, tend to need more power than requisition. So power is definitely a very important resource, without it you will not be able to keep up during the mid and late-game. 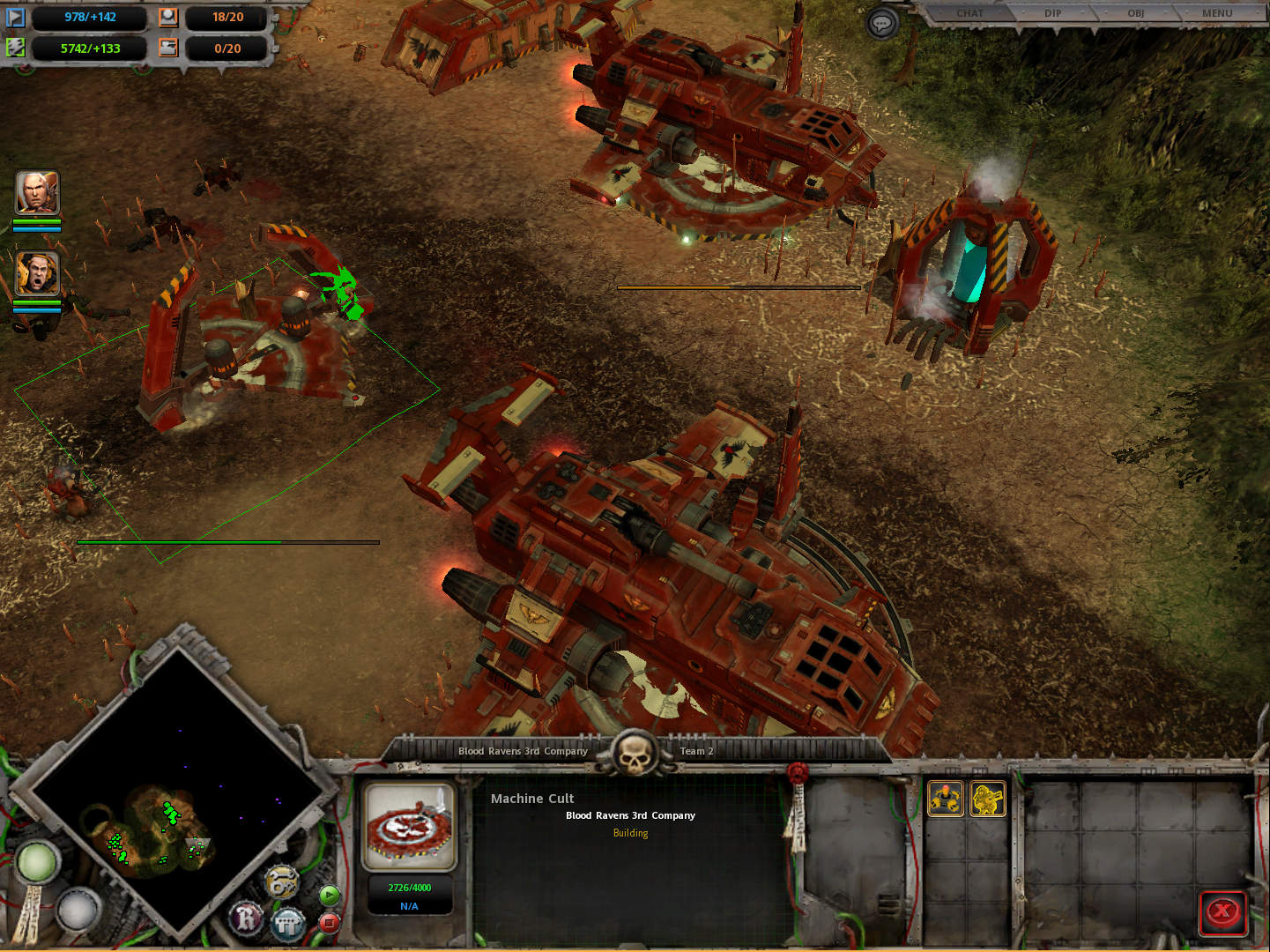 Resources will never run out since they are automatically generated, but the effectiveness of strategic points and generators will decrease over time. Aggressive gameplay is rewarded because of this, making Dawn of War a very fast paced strategy game. To make up for the lack of economy focus, warfare is quite involved and has some interesting features. 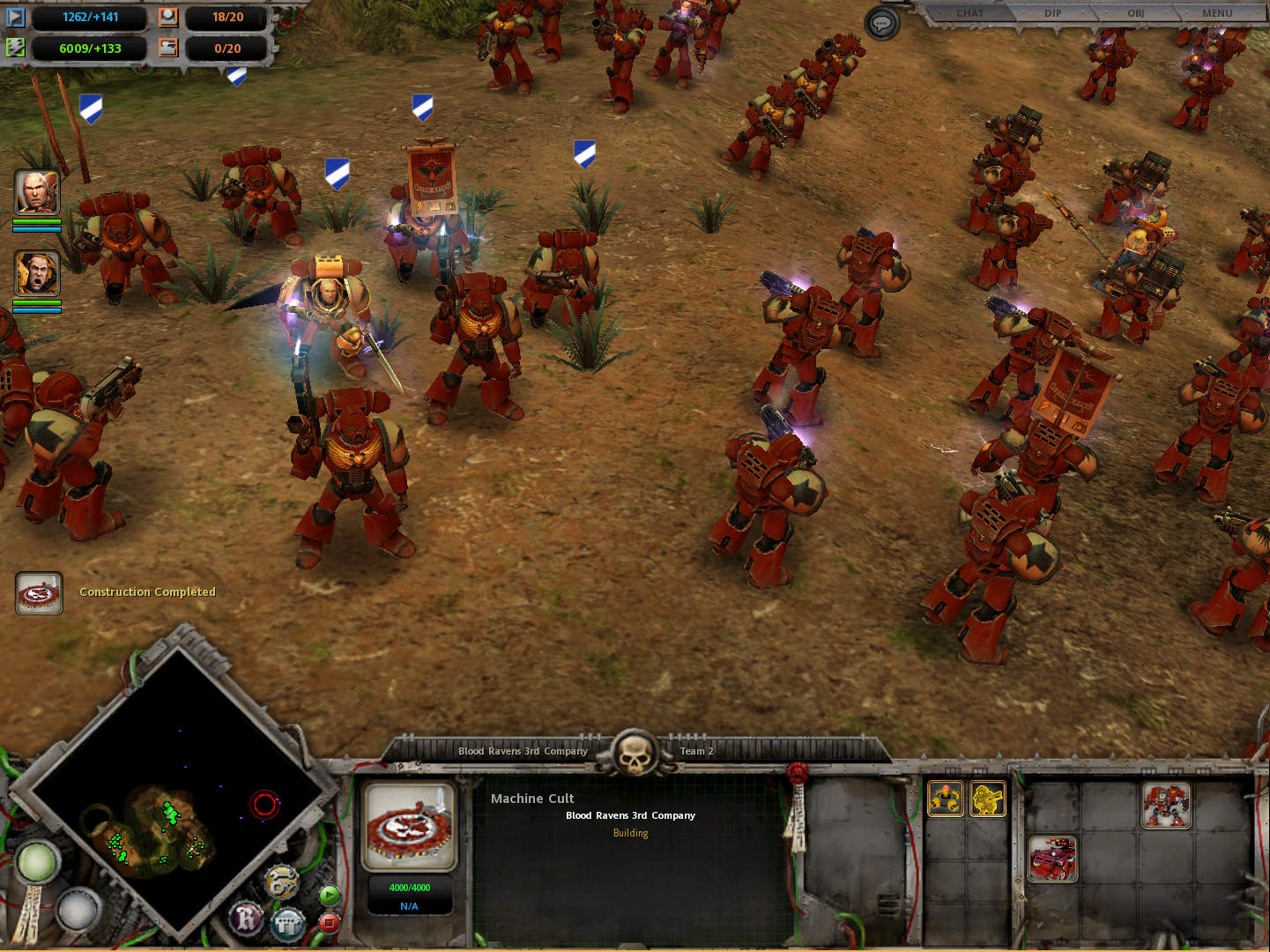 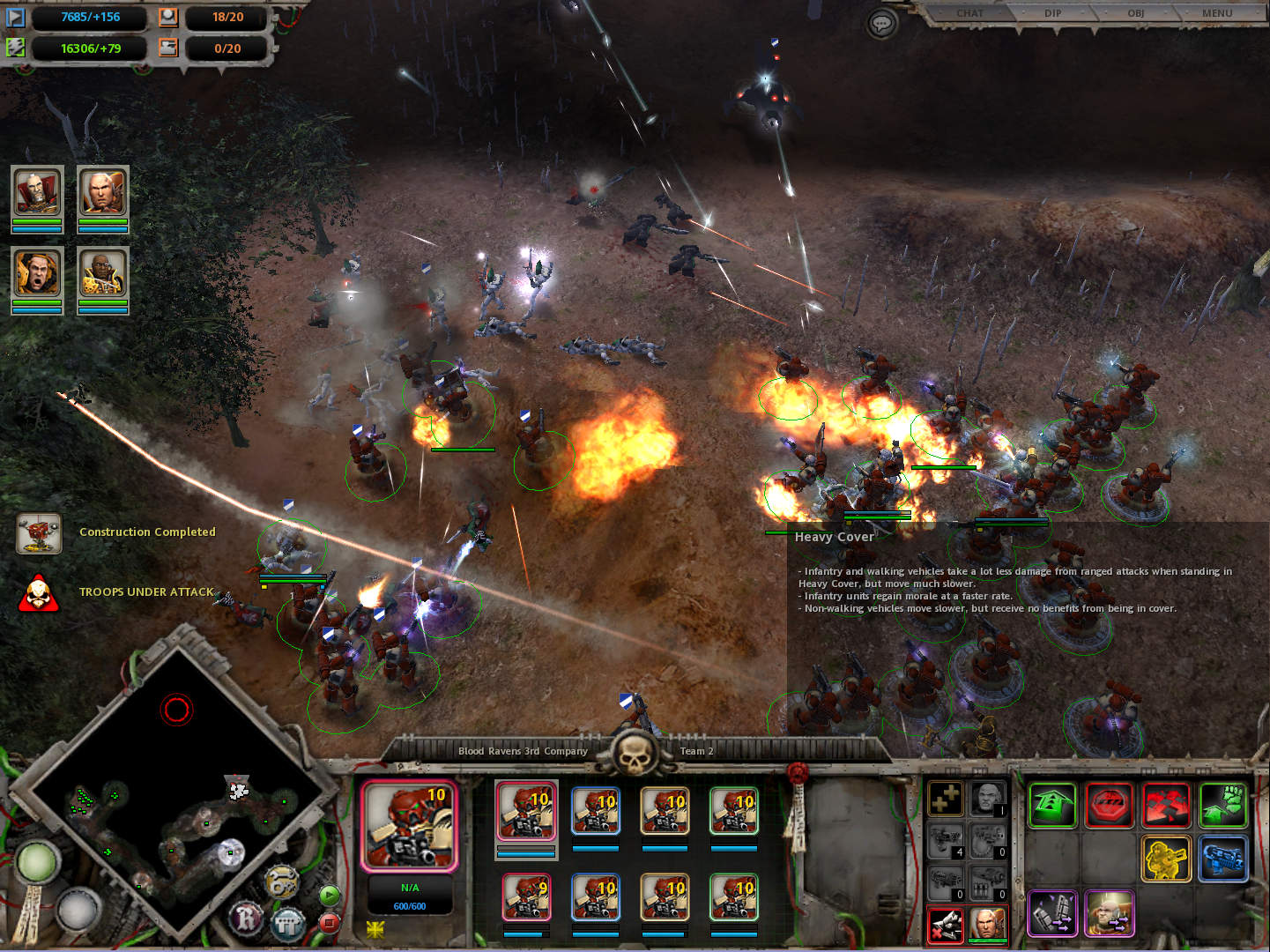 Infantry in this game don't just have health, they also have morale. Morale is being damaged every time the troop takes damage, and some weapons are specialized at damaging morale. When a troop loses all morale, it is considered to "break". At this point it become significantly less effective in combat and it is usually best to retreat with "broken" troops. Troops with broken morale move faster, so it is easier to get them out of engagement. Morale will regenerate on its own while the troop is not taking damage. Certain units have special abilities to either restore morale of friendly troops, or damage morale of enemy troops. It is very important to keep track of morale as your army can quickly be rendered useless if their morale is broken. 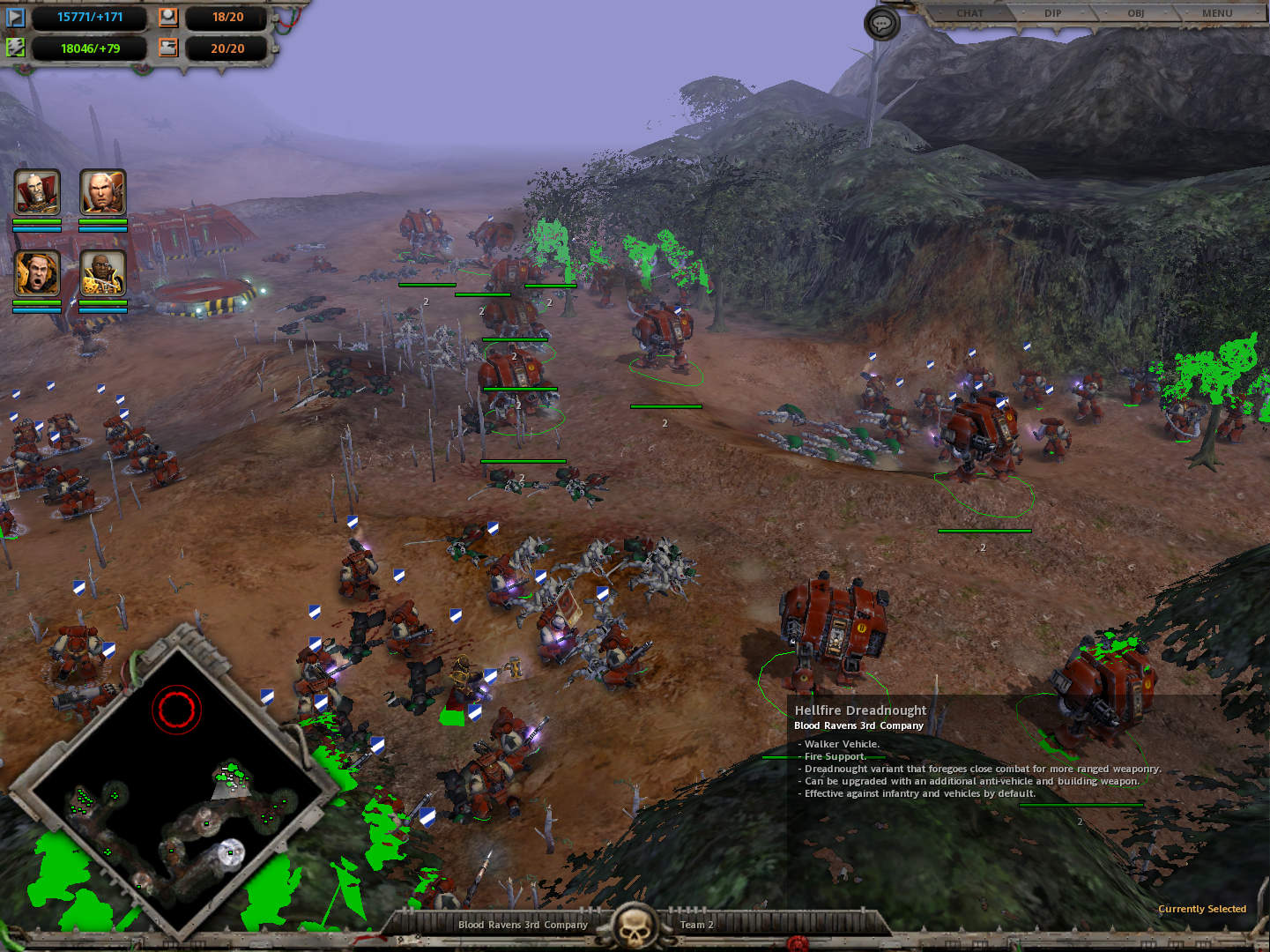 Vehicles are a very powerful addition to your army. Most vehicles are very good at dealing with infantry,  you just need to be aware if the enemy have anti-vehicle weapons. In those cases, it is usually better to have some infantry to send in first and deal with anti-vehicle. Once that's dealt with, or at least occupied, your vehicles can wreak havoc. When you can afford it, you should always make sure to include vehicles in your army as it is what usually gives you the advantage you need. Of course, it is the enemy army composition that should decide what vehicles you build. If you don't make the right counter to your enemy, your vehicles will be considerably less effective. 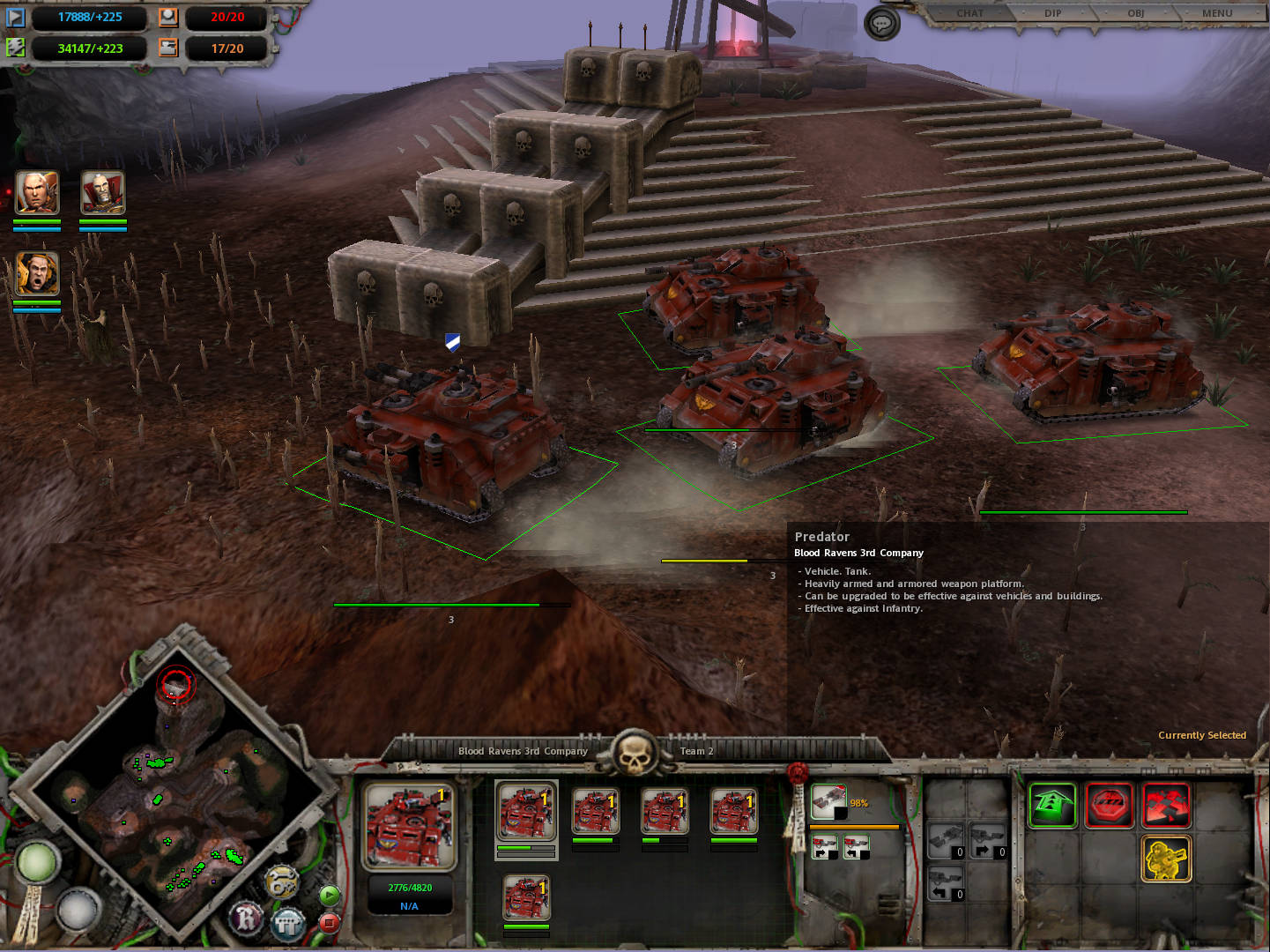 This is what I like so much about this game, the focus is so much on combat instead of base building and that is something I consider important in a game based on Warhammer 40,000. For most other strategy games, I really enjoy base building and economy management, but for Warhammer I want combat. Relic has also made an excellent job of capturing the Warhammer 40,000 atmosphere. In the midst of battle, troops will be shouting warcries according to their factions. Space Marines will cry out "FOR THE EMPEROR" while fighting their foes. This goes for all factions and it adds so much to the experience. 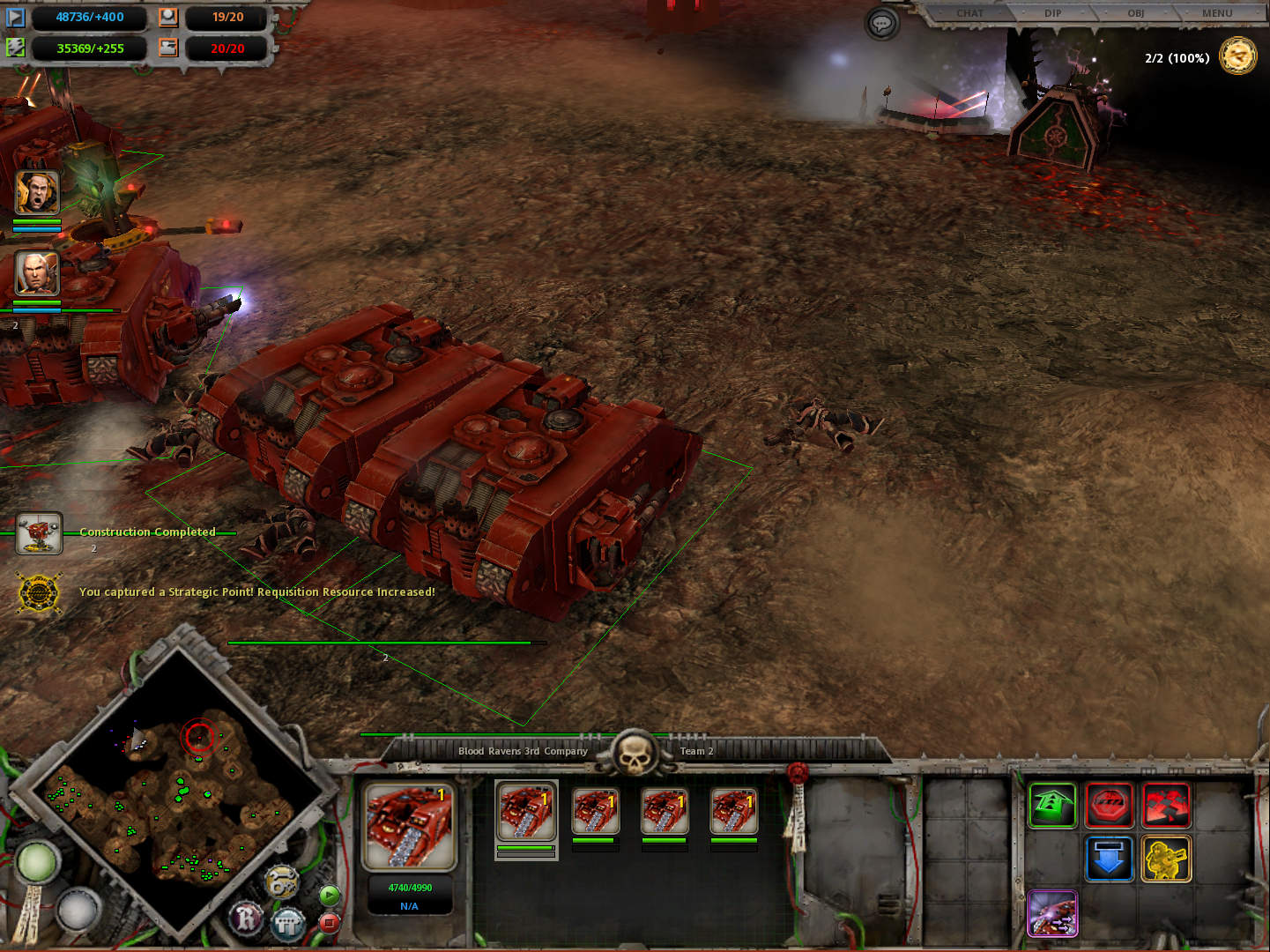 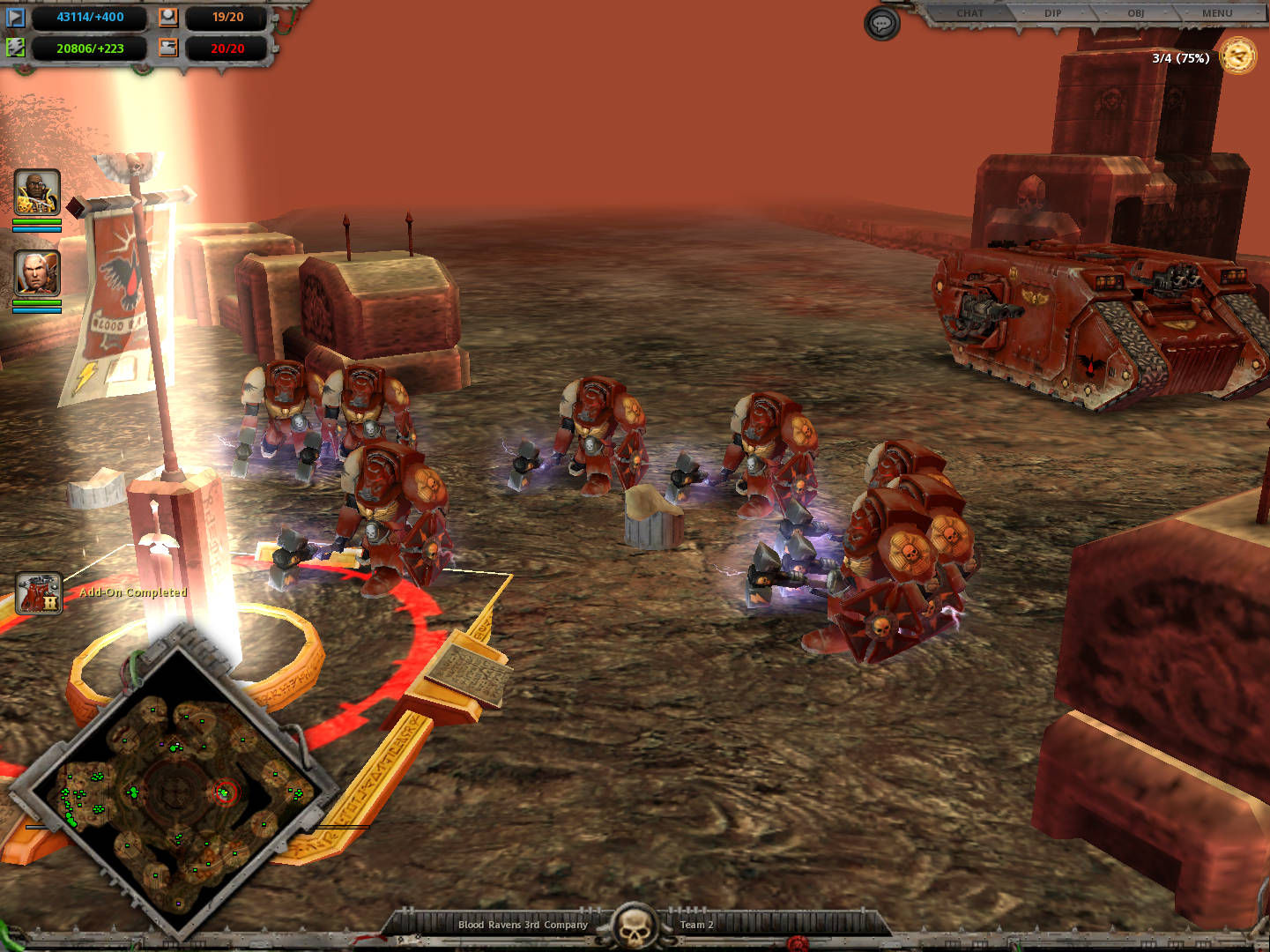 I have played several Warhammer 40,000 games, and in my opinion, Dawn of War is one of the best. The experience is obviously different for those who have no experience with the source material, so it might just be the WH40k fan in me that is so taken by this game. I am still confident that this game will catch the attention of people who don't know WH40k from before. It is different from the norm of the RTS genre, different in a good way. Definitely check it out, this game is in my personal hall of fame.

There are three expansions for Dawn of War:
Winter Assault
Dark Crusade
Soulstorm