In 2008, we got the third and final expansion for Dawn of War, Soulstorm.

Soulstorm was not developed by Relic, the developer of all previous installments for Dawn of War. Instead, it was developed by Iron Lore. The expansion adds another two factions, making it a total of 9 factions. However, you will need to own the original Dawn of War, as well as the other two expansions if you want to play all factions in multiplayer. By default, only the two new factions are available in multiplayer. For single player skirmish and campaign, all factions are available without needing to own the previous games. 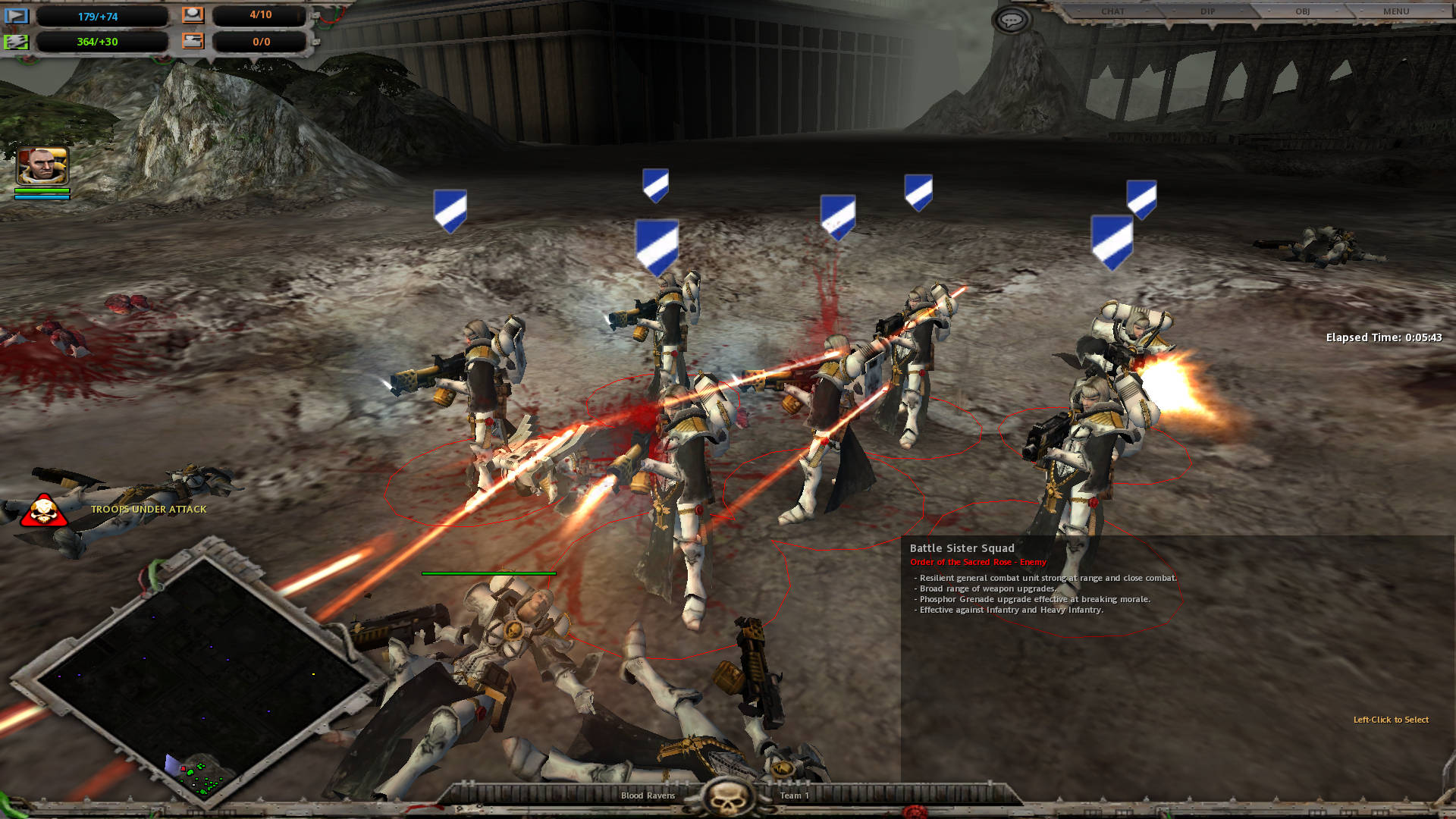 The single player campaign follows the same premise as in the previous expansion, Dark Crusade. I will not cover it in as much detail for this expansion as I covered it quite extensively for Dark Crusade. In short, the campaign is not played linearly. The campaign plays out in the Kaurava planetary system, and you will be fighting across four planets as well as a few moons. Travel between the planets is possible through warp gates, making these gates very important locations to hold. 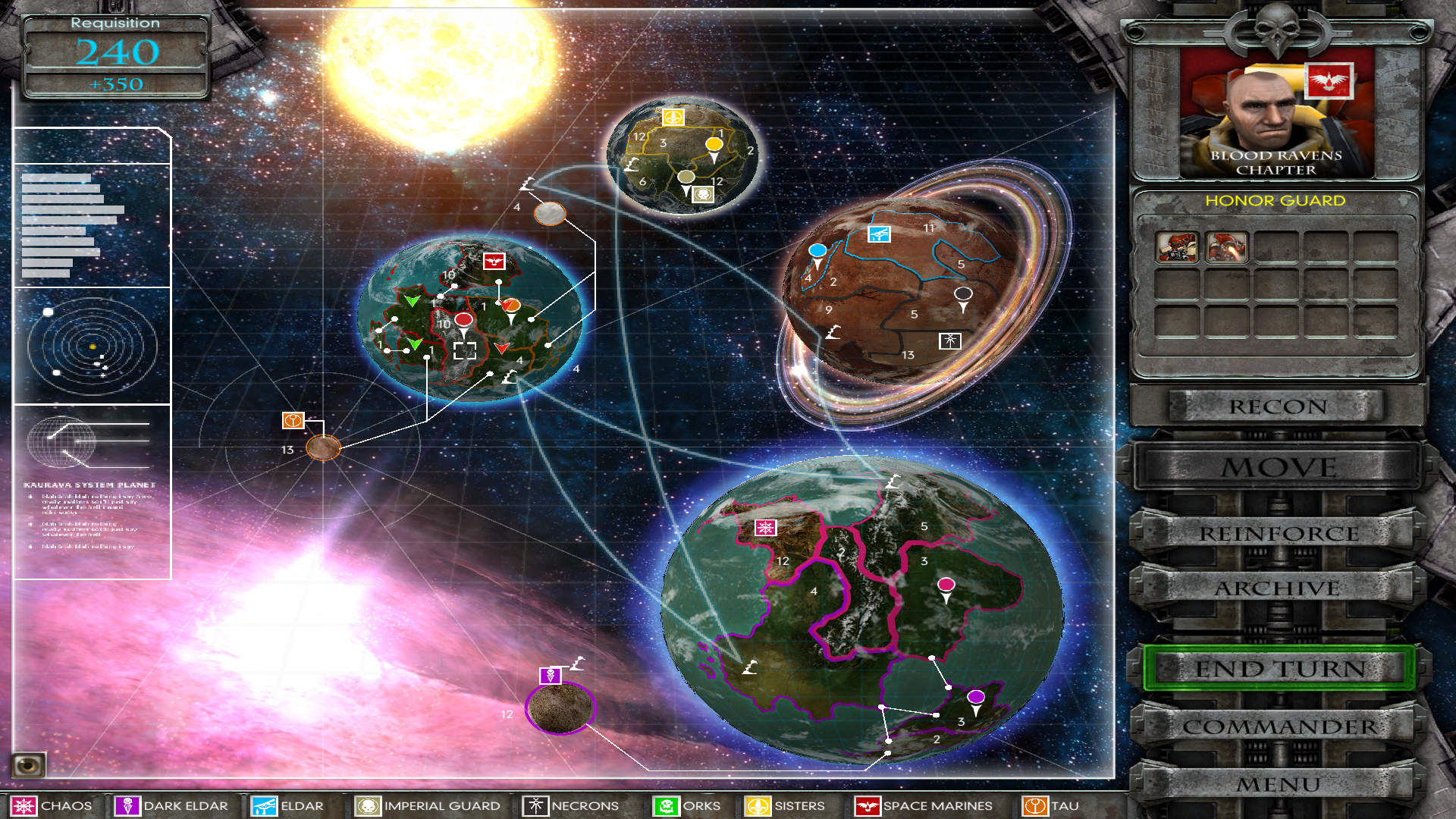 Each planet is divided into a number of provinces. Conquering, or defending, each province is a skirmish battle with the simple objective of defeating your opponent. All warp gates have take-and-hold objective, where you simply need to hold more than half of all critical points for a set amount of time. 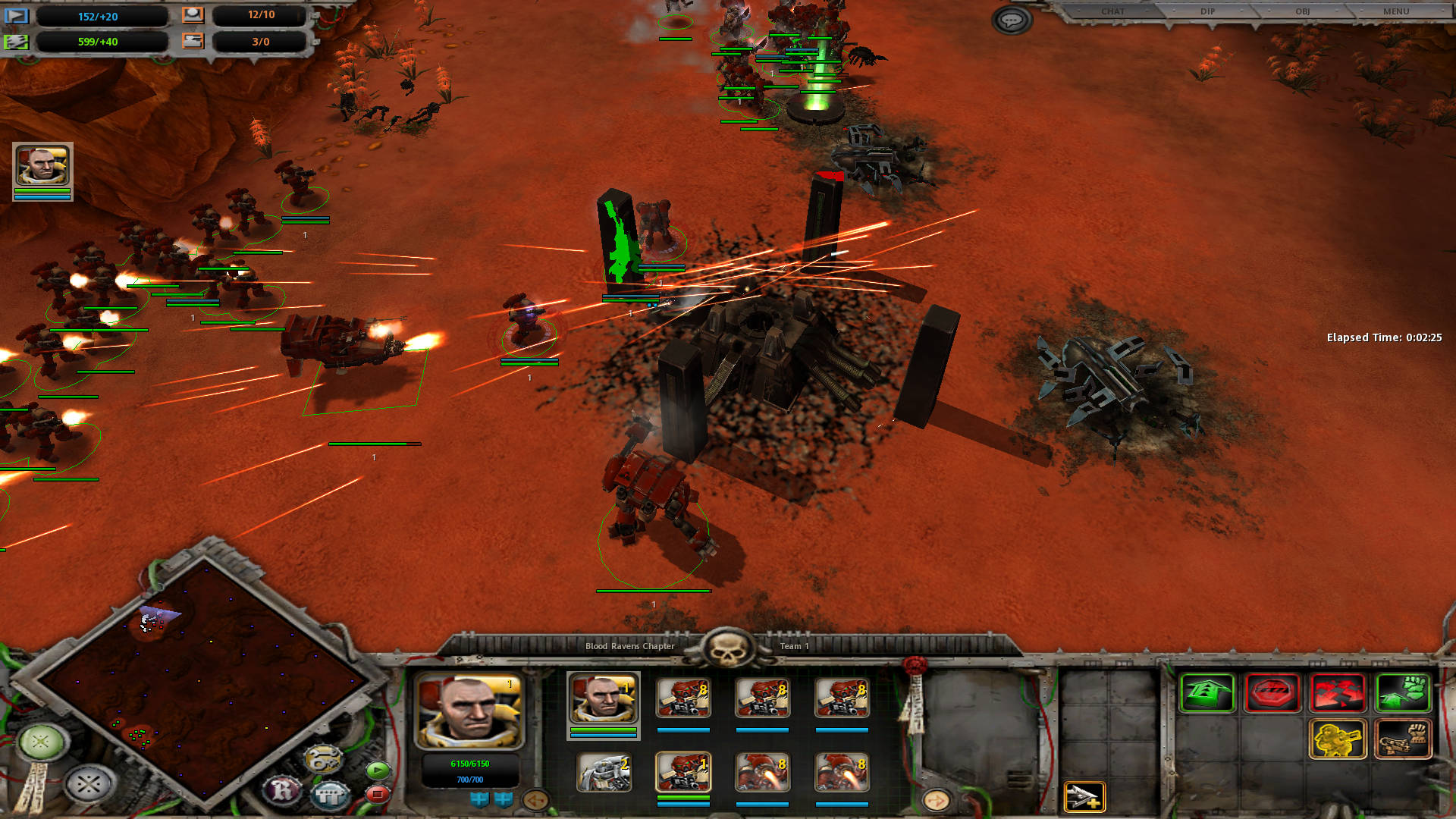 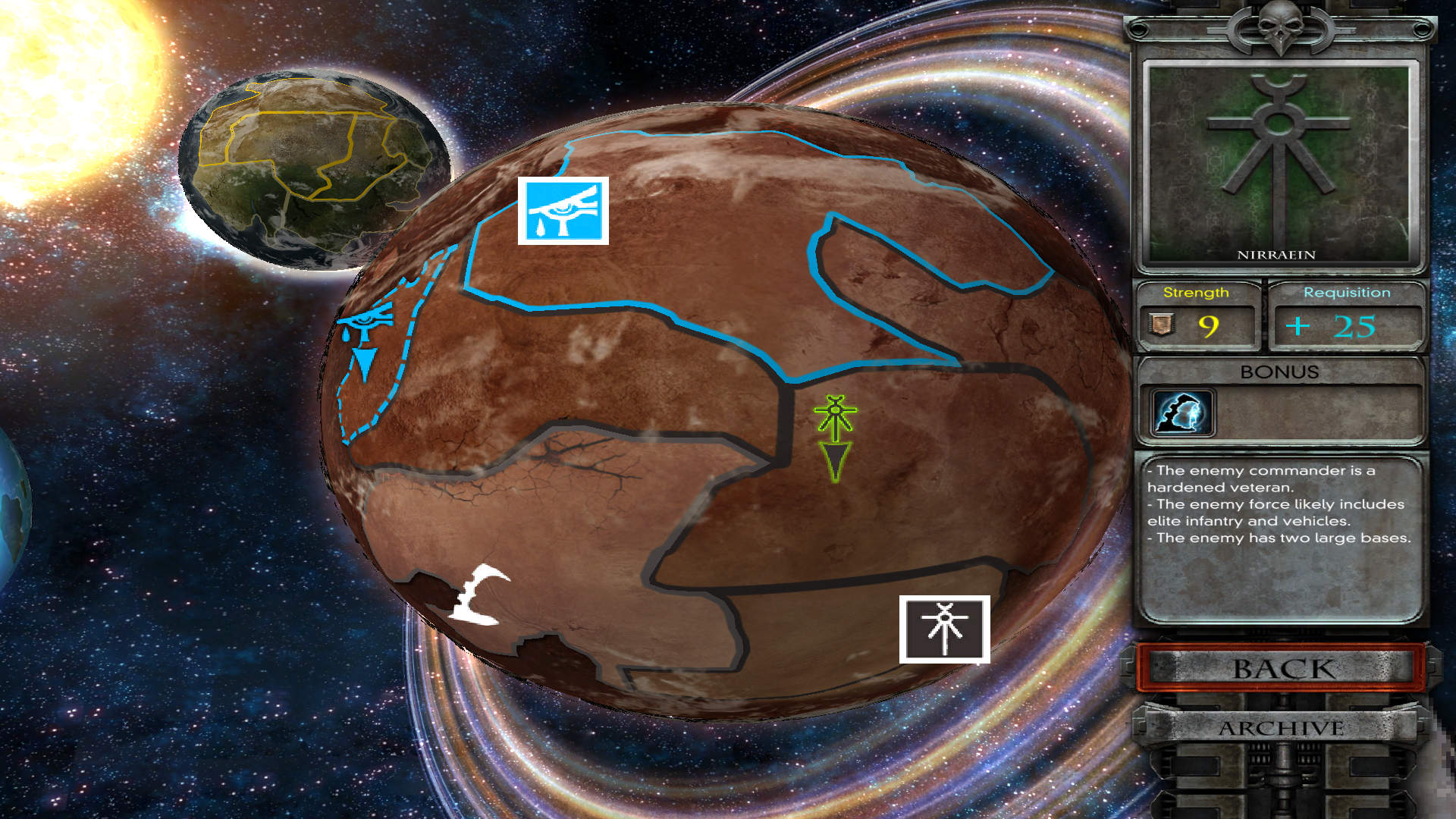 Your Force Commander will also grow more powerful through the campaign as you unlock wargear that can greatly enhance the combat abilities of your Force Commander. Unlocking wargear happens after you complete special objectives, such as winning a certain number of battles, or eliminating a number of enemy factions. 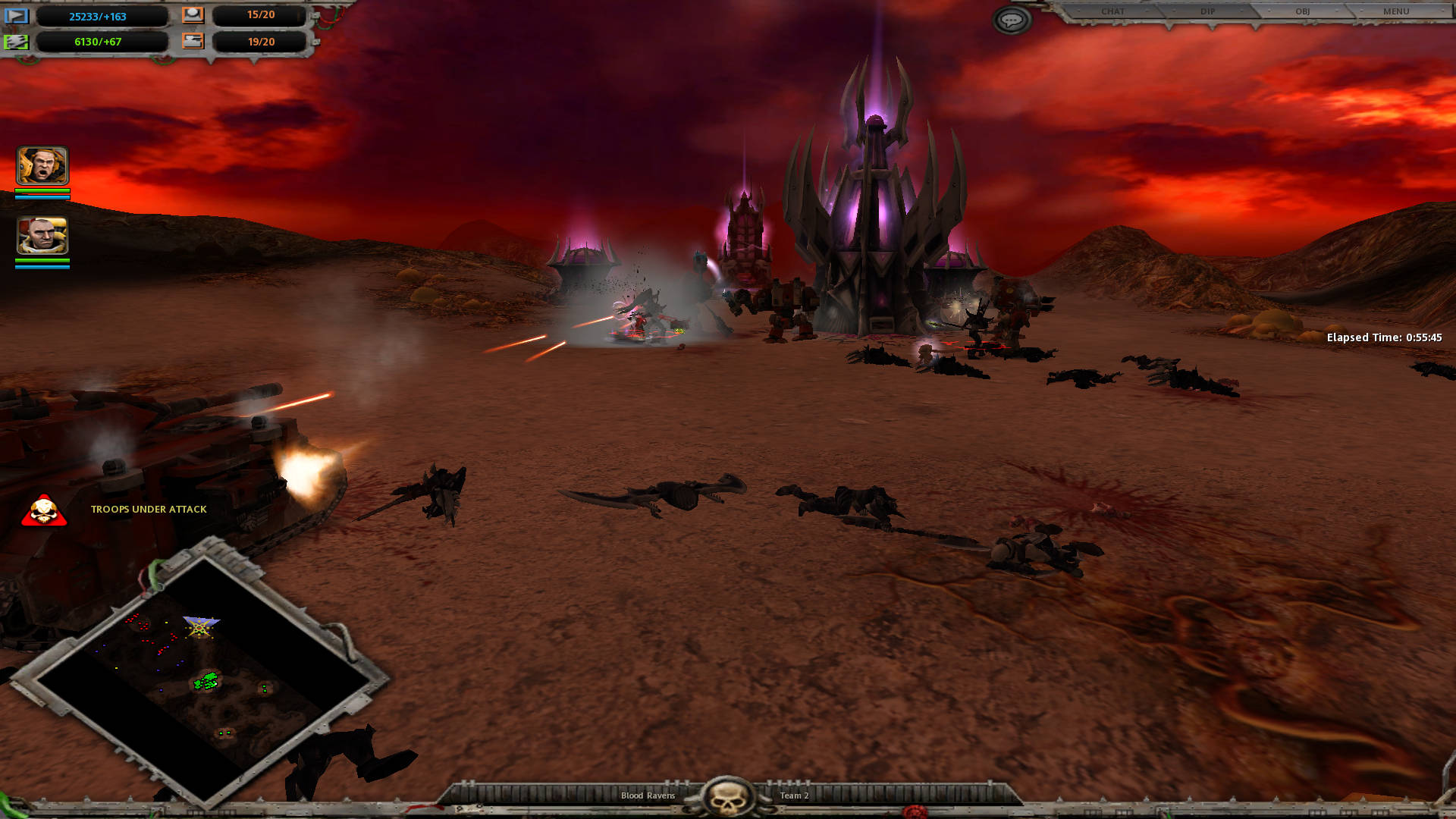 Except for the new factions, there is one new change with this expansion that does change gameplay a bit. Each faction gains a true airborne unit, capable of moving across any terrain. These units are generally not strong enough to be your main force, but they can perform very useful precision strikes at specific targets that would otherwise be hard to reach. However, the largest addition with this expansion is obviously the two new factions. 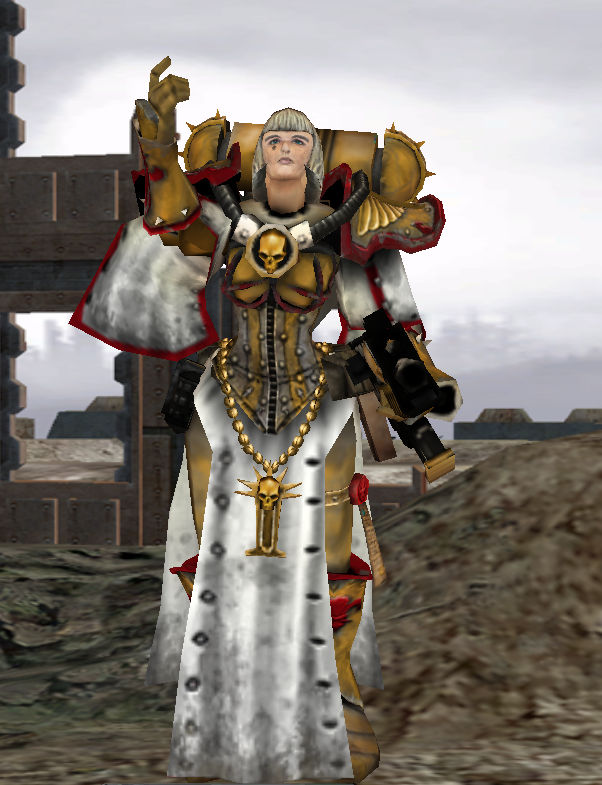 The Sisters of Battle have strong units, although individual units are not as strong as the Space Marines. Morale damaging weapons seem to be a specialty of theirs as multiple units and vehicles have this ability. They have a unique resource called Faith. This will generate through various means, and it is vitally important to manage this well to keep them effective against other factions. 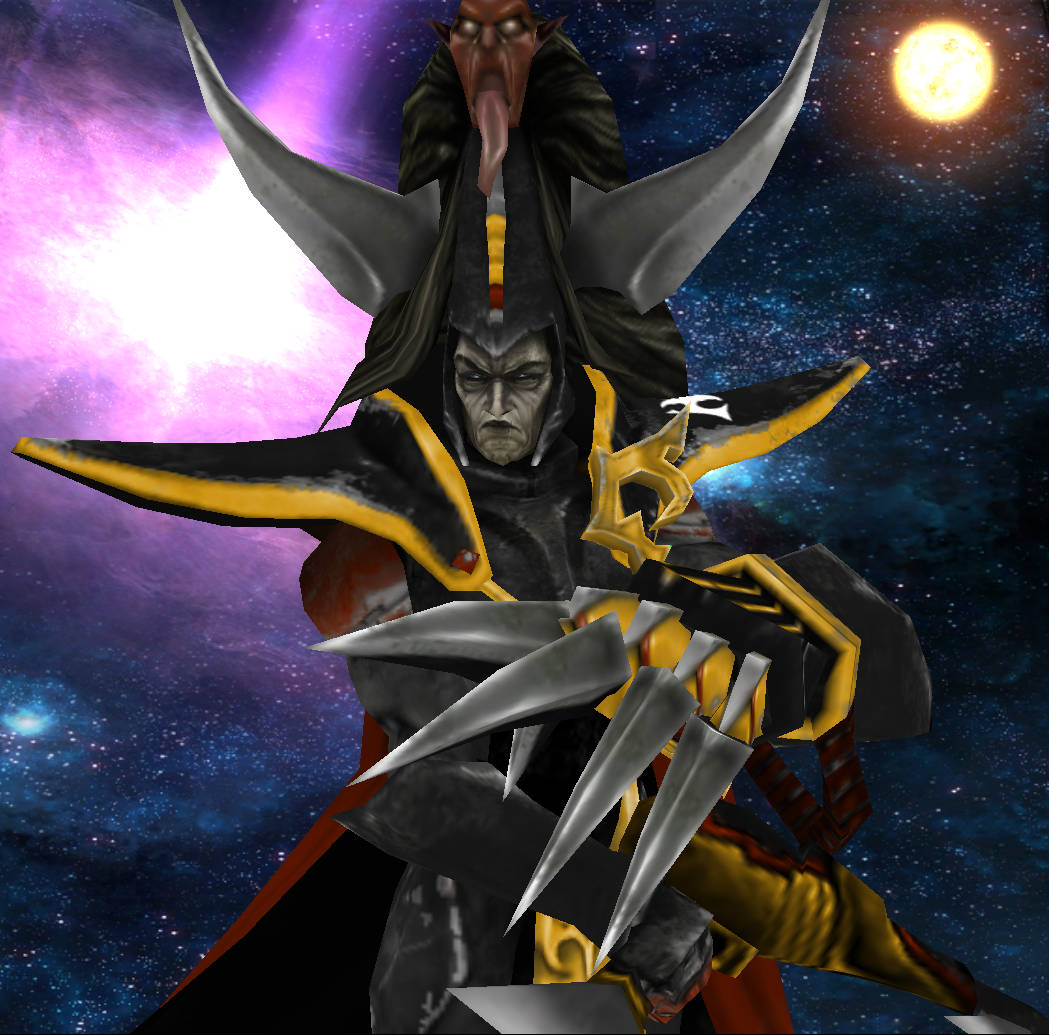 The Dark Eldar are the twisted and corrupted Eldar. Their troops are powerful, but fragile. Troop selection and abilities seem to be geared towards rushing strategies with highly mobile troops. Like the Sister of Battle, Dark Eldar have an additional resource that give them unique abilities. Their resource is called Soul Essence, and it lets them use battlefield-wide abilities.

Overall, I enjoy the new additions with this expansion. New factions is always welcome, even though I personally tend to stick to a single faction, it is always welcome to have larger variety in your opponents. The campaign itself is fun, although not as well executed as the Dark Crusade campaign. This expansion makes Dawn of War quite a large game with 9 factions, lots of units for each faction and even more strategies to be explored. A definite must-have for any Dawn of War fan.